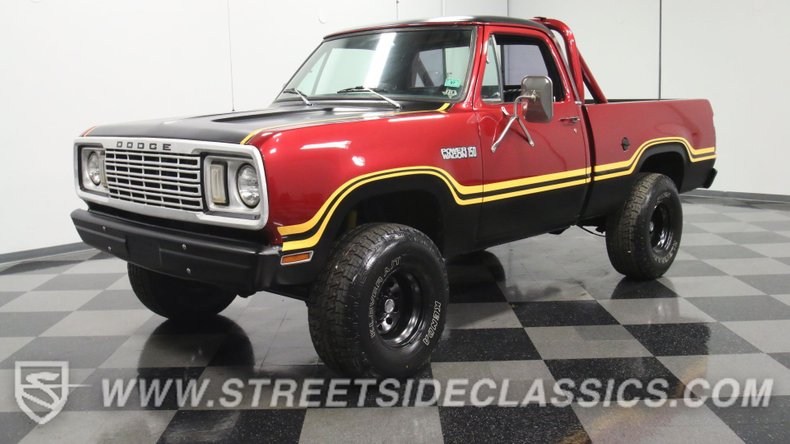 Wearing a high impact paint scheme draped over its rock solid form, this 1978 Dodge Power Wagon is one sharp looking truck. It's also got a vastly upgraded engine holding court underneath its hood that comes alive with just a tap on the accelerator and teams with four wheel drive surefootedness to make this pickup a force to be contended with over rough terrain. With its curb appeal and power already well-looked after, just a few more steps will take this classic to an undeniable level of awesomeness.

Clad in a maroon exterior that's ornamented in black around its lower base, with a pair of bright stripes added to mark the transition, the vintage curb appeal of this pickup is substantial. Its primary pigment lies under a strong clearcoat that appears to have received a recent buffing, so it's smooth to the touch and its contrasting accents were very applied and really line up well. Up front, the factory grille still sits securely in place - it could use a little attention to take it to a higher level but is more than presentable just as it is. Clear, unblemished glass surrounds the cabin and the exterior alignment looks to be on point, with nice, even gaps surrounding the doors, both of which wear mirrors that are also likely original and seem to be in good shape. The color-matched bully bar just behind the cabin adds a great finishing touch.

A fresh looking black vinyl bench seat featuring a fold down arm rest is at the center of the interior, sitting over an expanse of newly installed and well-fitted black carpeting - and with a Hurst shifter perched on the transmission tunnel. This Power Wagon left the factory with air conditioning already on board, and while the compressor stands by beneath the hood, the system will need some work - none of it major - to get back online. In back, the bed area has been well-protected by its spray-in bed liner, so you'll find no noticeable scuffs or scratches within its walls. The burlwood grain instrument panel still harbors its factory gauges and a recessed space at the center of the dash awaits your choice of audio system to fill the cabin with sound.

When this '78 debuted, the country was in the midst of its second gas crisis and Dodge, as well as the other American manufacturers, were charting a new course for their vehicles toward increased fuel economy that would relegate go-power to the backburner. The move may have left plenty of vehicles with less than inspired performance capabilities, but there are no such worries with this truck. The upgraded 383 cubic inch engine beneath its hood is armed with a pair of aftermarket heads and a Holley 4-barrel carb to elevate its output, as well as badged chrome valve covers and a matching air cleaner for added eye candy. The engine sits in a very tidy engine bay, surrounded by fresh hoses and wiring and teams with a smooth shifting 4-speed manual transmission. When the desire for off-roading strikes you, the lever engaging four-wheel drive surefootedness is within easy reach inside the cabin and the feature works flawlessly. Power steering makes this rugged vehicle easy to navigate and power brakes that include discs up front will bring prompt, low-effort stops, once the brake system receives some attention - it likely needs to be bled. A set of black steel wheels outfitted with beefy Kenda Klever A/T tires gives this Dodge a vice like grip on asphalt and dirt alike.

This 1978 Dodge Power Wagon presents a great opportunity for the pickup truck enthusiast looking to get behind the wheel of a strong running, great sounding classic. Call today! 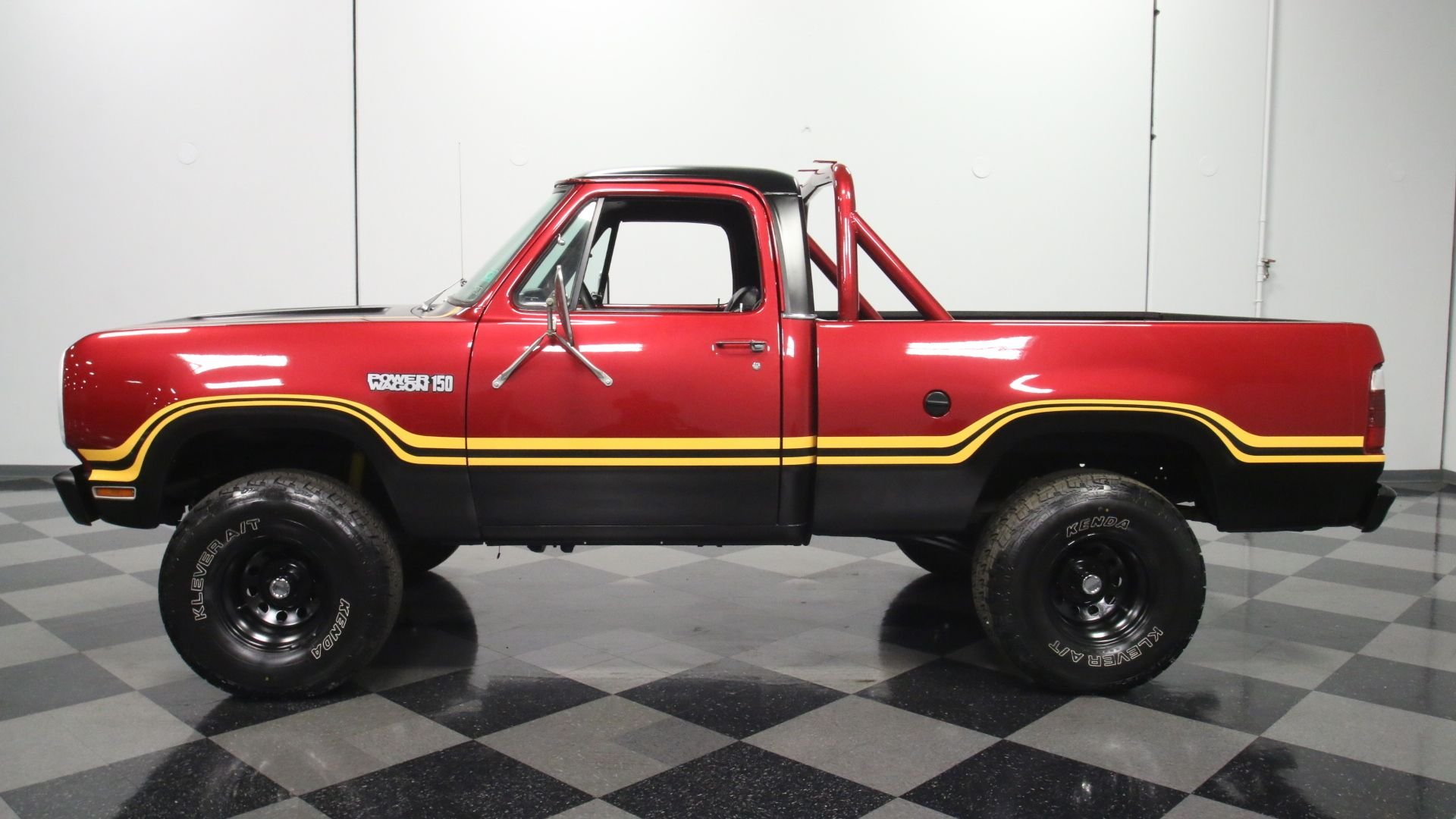