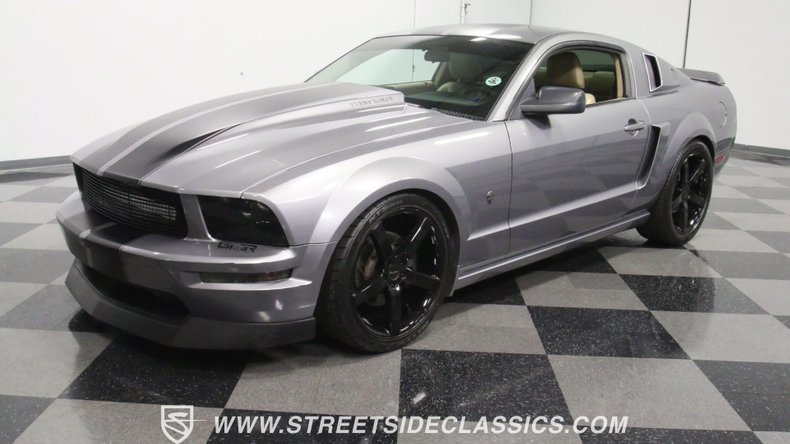 Feeling the need for speed, but don't want to sacrifice your overall driving experience, or get behind the wheel of a straight ahead speedster that can't handle the rigors of everyday conditions? Check out this 2006 Ford Mustang GT Turbo - it's packing plenty of power, along with the modern conveniences that really come in handy for frequent driving. Along with all that comes its outstanding curb appeal and an exhaust sound that's sure to bring a smile to your face.

Arguably more than any other car maker, Ford has done such a great job of equipping its more recent generations of the Mustang with plenty of aesthetic callbacks to their predecessors. This specimen's compact - but by no means cramped - size and fastback form harken all the way back to its pivotal muscle car brethren of the '60s as do the pair of triple taillight lenses in back. But, there's certainly no shortage of modern touches as well and the aftermarket treatment lavished upon this GT has resulted in one eye-catching ride. The hood wears a sweeping scoop to serve notice of the serious power lurking below and helps equip the car with an awesome profile, while smoked headlights looming over a substantial front air dam add even more aftermarket cachet. The silver exterior, with a broad pair of stripes running the length of the car, really looks sharp. Having the good fortune to have been navigated clear of any immovable objects - reinforced by a clean AutoCheck report - the car's exterior alignment remains precise. Its assortment of contours line up nicely.

The tan leather upholstery and accented surfaces inside the doors make for a very appealing combination. While you can see some evidence of wear on the driver's seat, both buckets have held their shape well and their assortment of power adjustments work just as intended as they straddle a clean center console with a carbon fiber panel that ties in perfectly to the dash. The factory gauges on board are all functional and are joined by additional displays to monitor the aftermarket turbocharger mounted neatly on the pillar. Being a relatively modern muscle car, those comfort and convenience features that seem near necessities when you're behind the wheel for any length of time are on board here, including power seats, power windows and door locks, cruise control and a JVC AM/FM/CD stereo to fill the cabin with sound. Driver and passenger airbags provide an additional measure of safety while on the road.

The fuel-injected 4.6 liter V8 under that aggressive-looking hood is likely original and has been outfitted with a Precision Turbocharger and sizable 73mm injectors to substantially up its power game, resulting in 427 horses at the crankshaft. All the modifications were done cleanly and the components were professionally dyno-tuned, so everything is running in top form as the engine pairs with a 5-speed manual transmission to create just the hands-on driving experience a street machine like this deserves. The Mustang's low, road-hugging stance teams with smooth power steering to make for inspired handling, while power disc brakes at all four corners that include aftermarket slotted rotors for excellent heat dissipation bring fast, fade resistant stops. This fleet, well-equipped Pony cruises on a set of 20" black Ruff wheels outfitted with Nitto tires.

This 2006 Ford Mustang GT Turbo delivers outstanding performance and curb appeal with plenty of modern conveniences, and all at a very attainable price. Call today! 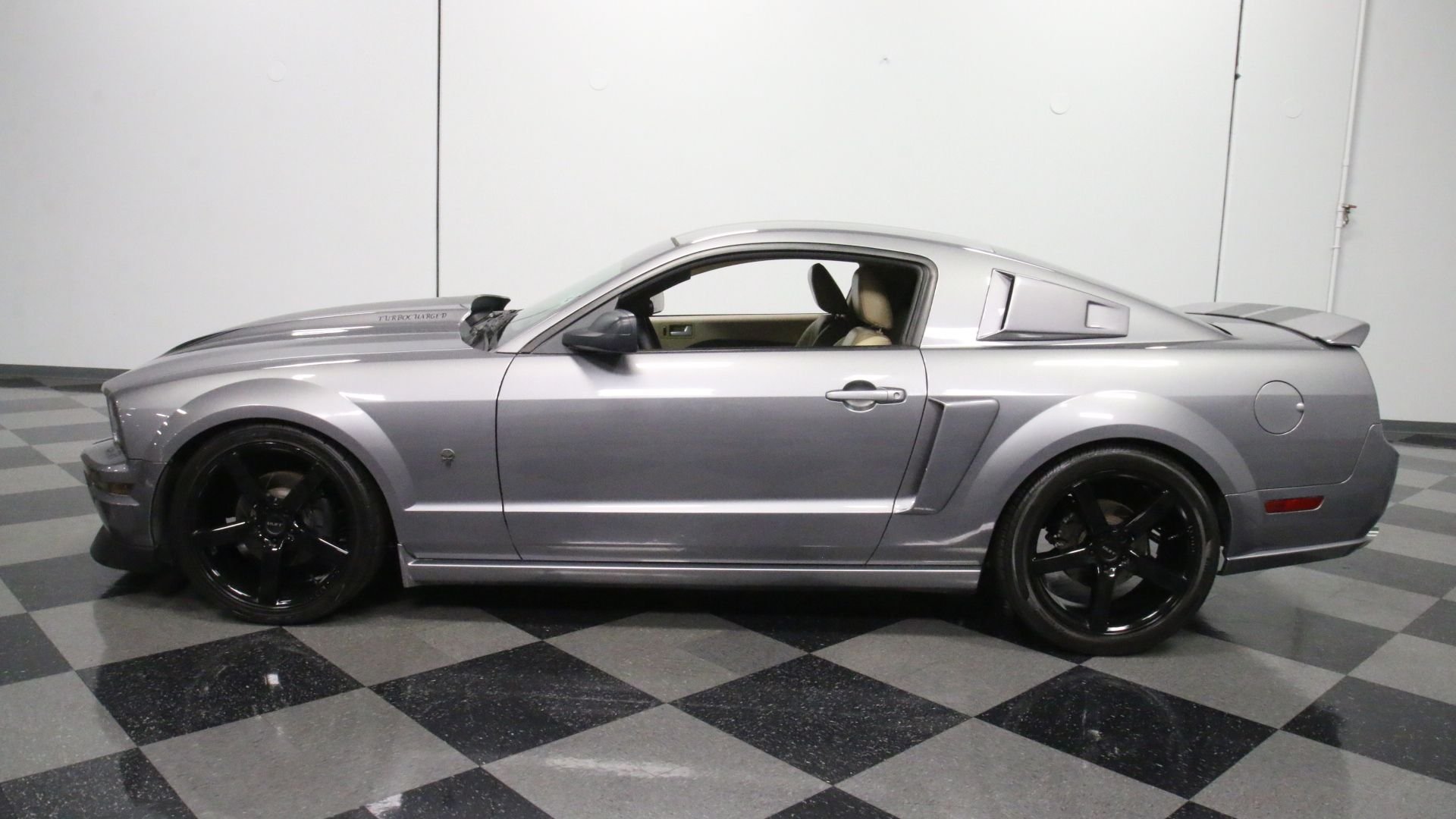