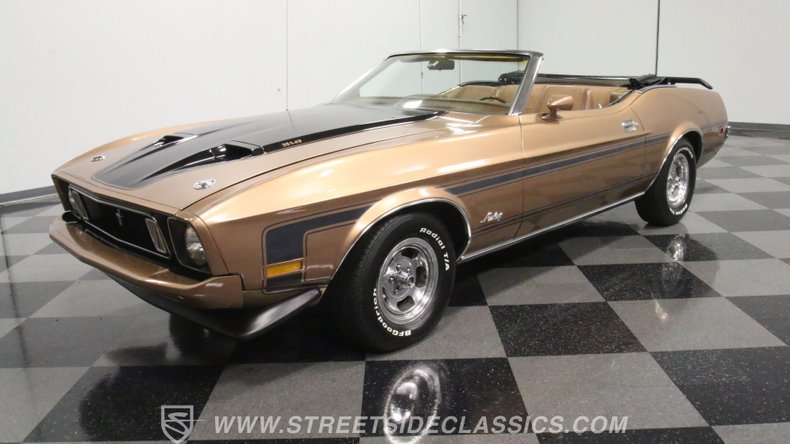 Closing out a storied chapter for Ford's iconic muscle car, this 1973 Ford Mustang Convertible captures the model in ultra-sharp, open-air form. Equally stylish and spacious, it features one of its manufacturer's most coveted powerplants under its hood and is in strong overall running condition, so there'll be no additional steps needed to get the fun started just as soon as you get it home.

This Mustang wears a great looking shade of brown draped over its exterior - it bears a close resemblance to one of the original selections on the Mustang color chart and equips this classic with a thoroughly authentic yet vibrant appearance. The scooped hood is badged to serve notice of the respected powerplant below and wears contrasting black paint that sits underneath a layer of clearcoat for an appealing shine. Mustangs have served as foundations for countless aftermarket projects over the decades they've been in existence and, while we're big fans of customization, it's still nice to see one from time to time that comes through the years in its original configuration, as this one has. The front air dam and rear spoiler appear to be in very good shape and the assembly of chrome, as well as the badging on all four sides is looking good. The appeal of this classic in its open air form is undeniable, but for those occasions that call for shelter, the power black convertible top appears to have been recently replaced and will rise into position for protection.

The refurbished brown interior blends nicely with the exterior and really presents well. Its high backed bucket seats show no marked discoloration and have held their shape nicely on both sides of a factory center console in the same condition. The factory steering wheel sits on a very clean steering column - it looks like it received a recent coat of well-applied paint - and the dash area just beyond it features a set of clear, functional gauges to keep tabs on vital motoring functions. When this '73 emerged, air conditioning was still a less common feature on a convertible than it is today, but it's in place here and functioning in top form - featuring a new compressor, it's blowing cold and with plenty of force. At the center of the dash is an AM/FM stereo that's also iPod compatible, so you can easily access your digital audio library to play while on the road.

The 351 Cleveland V8 on board here represents a class of engines that was among the most coveted Ford ever produced. Wearing a 4-barrel carb underneath its factory air cleaner, it sits at the center of an engine compartment that remains in entirely stock configuration and is running strong, sending a nice rich note out of its pair of Turbo mufflers and pairing with a 3-speed automatic transmission to provide a rock-solid vintage driving experience. The power brakes position discs up front for fade resistant stops and feature new components at all four corners for enhanced reliability, and with new shocks as well as several other replaced suspension components, the ride is nice and smooth. Power steering makes for easy navigation as this classic Pony cruises on its set of 14" steel wheels with signature running horses at the centers that are wrapped with BF Goodrich T/A radials.

Looking and running great, this 1973 Ford Mustang Convertible offers the promise of plenty of fun-filled miles with nothing but the blue sky above you. Call today! 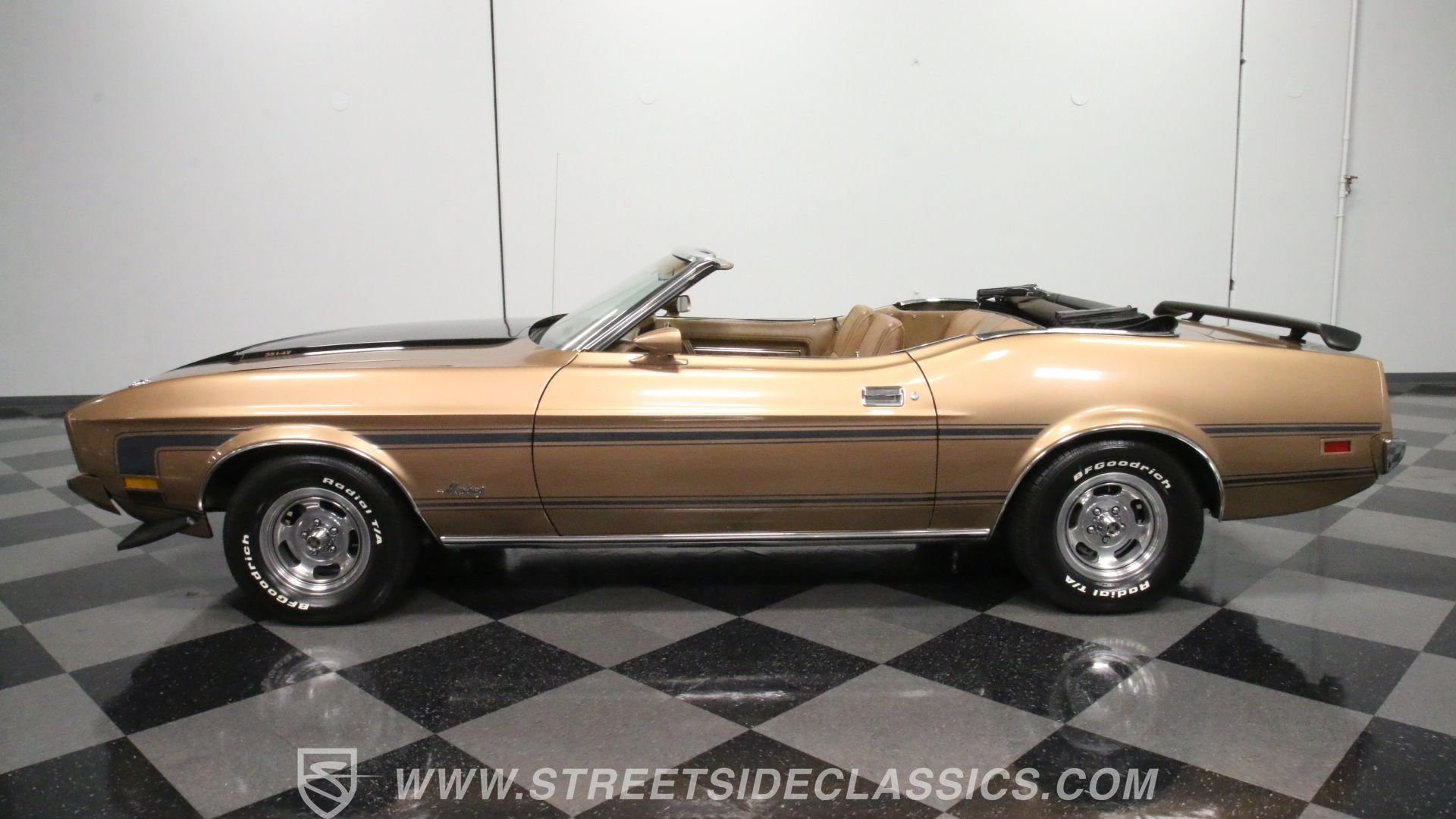