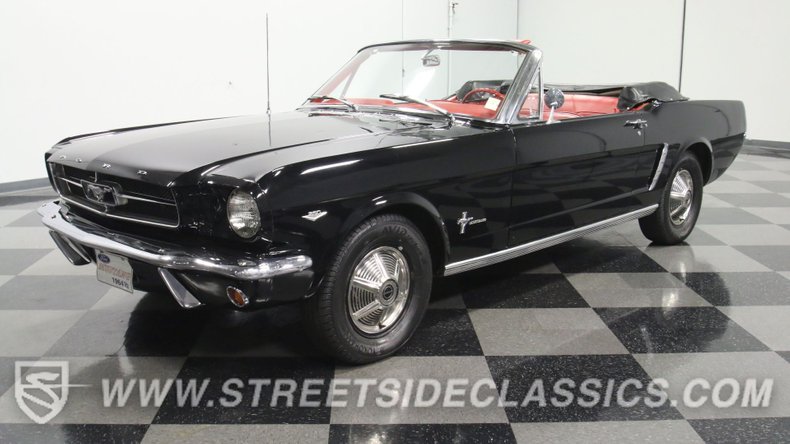 When the Mustang debuted some 55 years ago, it was a definite game-changer, attracting legions of new buyers and even giving rise to an entirely new automotive niche, the Pony Car. Ford combined the overall vibe of a sports car with 4-passenger convenience and hit an absolute home run and this 1964 1/2 Ford Mustang Convertible was part of the model's very first pivotal class. It's served just one family for more than 20 years and features a level of authenticity that's truly hard to come by.

With so many Mustangs serving as the foundation for aftermarket modifications, it's not all that often that you come across a specimen that remains in the consistently authentic configuration sported by this '64 1/2. Take a lap around the car and you'll see that no alterations have been made and the Raven black shade draped over its exterior is the same color it wore upon emerging from the assembly line. The paint shows a solid shine and is accompanied by a collection of chrome that shows no serious issues - some re-plating and selective polishing would take things to a higher level, but everything is perfectly presentable just as it stands. With warmer weather now upon us, your first inclination would be to picture yourself behind the wheel with just the blue sky above you, but as the seasons change, you'll have the shelter of a newly replaced black convertible top at your disposal that raises into position without issue and seals well to keep the elements from intruding.

The vinyl interior has been brought back up to speed while retaining both its factory configuration and original red color. The refurbishment was done so recently that there really hasn't been much opportunity for any marked wear to take place, so this is a fresh-looking vintage driving environment, with a pair of low backed buckets and door panels that appear just as they did when the car was new and an expanse of matching carpeting below that's in top condition. The contrasting black instrument panel hosts an assortment of clear functional gauges, while to the center a Retro-look radio has been installed - the only deviation from stock - to tend to your audio requests, though its original counterpart is included with the car. A glance below the deck lid reveals a trunk area that's in good shape, with a full size spare standing by inside.

That same theme of consistent authenticity is on display beneath the hood, where a period-correct 260 cubic inch V8 stands by in strong running condition. Very likely the original powerplant, it's recently received a tune up and wears new plug wires and a new distributor cap that sit right beside its properly painted Ford blue air cleaner and valve covers. The engine pairs with a 3-speed automatic transmission that's shifting with precision to round out a solid drivetrain. In fact, the entire driving experience this Mustang offers is reassuringly strong - it's got a nice, smooth ride and there's not an excessive amount of play in its steering, so you'll have nothing stopping you from getting your road-bound adventures started just as soon as you get this classic home. A set of 14" factory wheels sporting Mustang hubcaps and wrapped with Yokohama tires that appear to have quite a bit of tread left completes the look of this automotive icon.

This 1964 1/2 Ford Mustang Convertible is a stellar representative of one of the most pivotal models ever introduced and its unrelenting authenticity and strong running condition make it a rare find. Call today! 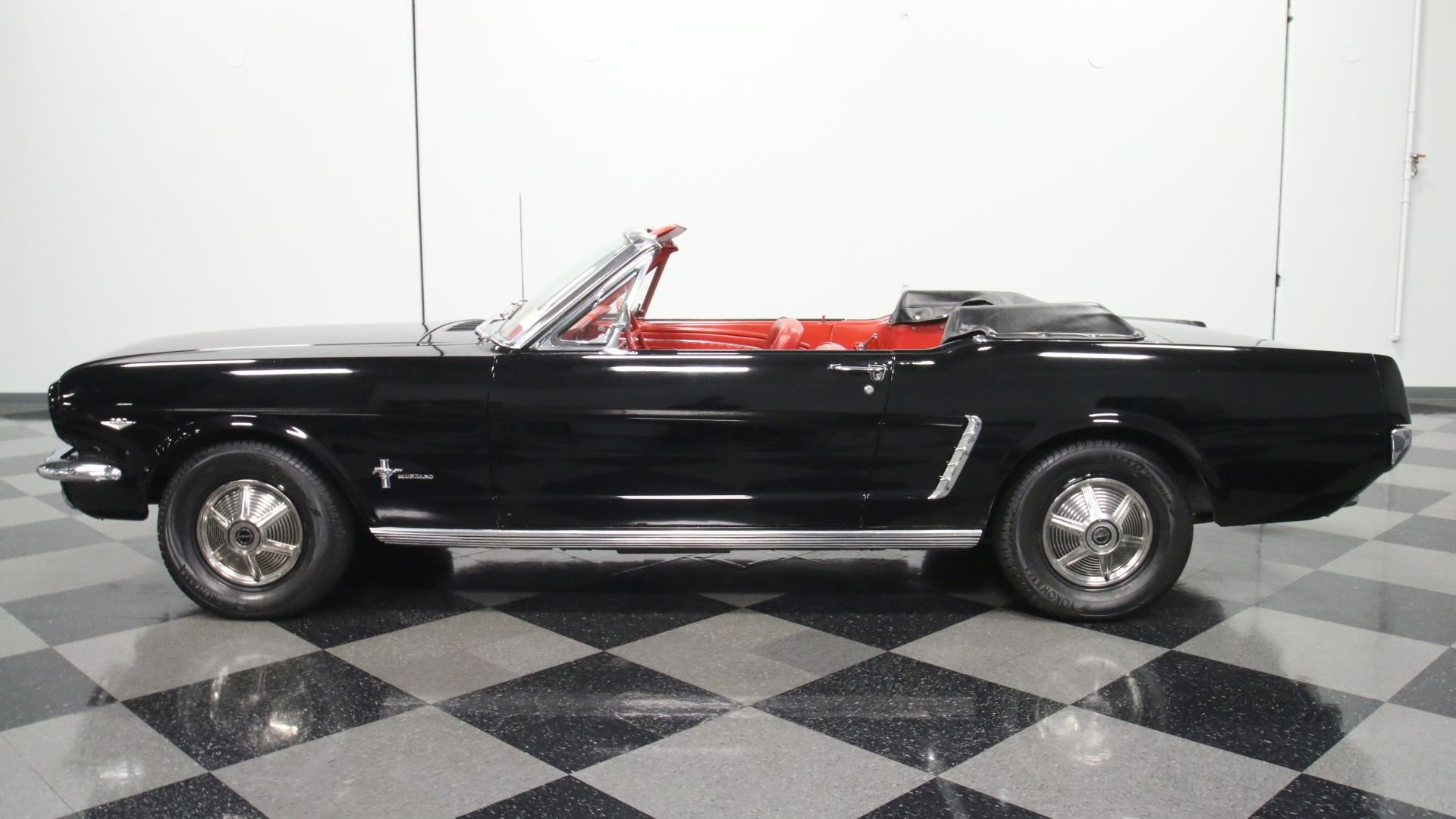