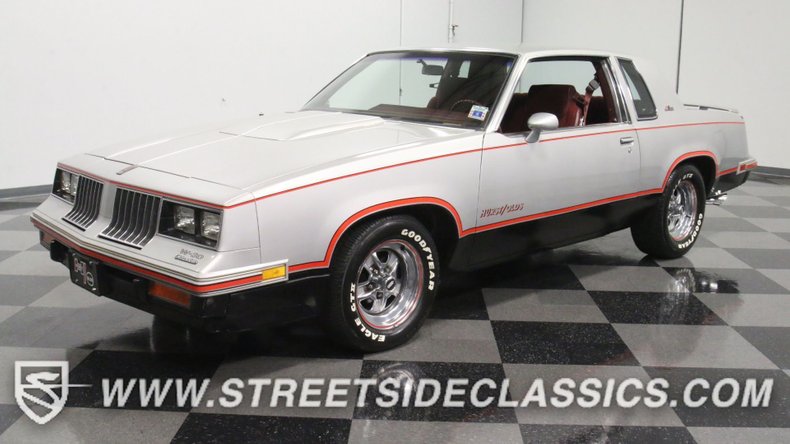 Just a year before this 1984 Oldsmobile Cutlass 442 Hurst/Olds rolled out, its manufacturer had intended their commemorative edition marking the 15th anniversary of their collaboration with the aftermarket parts specialist to be a "one and done" proposition. They misjudged just how hungry the American car buying public was for a bona fide, rear engine, V8 powered modern muscle car - understandable since Detroit was moving toward more conservative front engine cars at the time. That original offering flew out of the showrooms, so the special edition Olds was brought back by popular demand. This fine specimen takes things up a notch in the performance department via the expansive big block looming under its hood.

The two-toned, black and silver paint job, subtly scooped hood and rear spoiler combine to serve notice that this is no garden variety Cutlass. It's a sharp color scheme and, with its pair of opera windows in back and an array of red decals, this 442 radiates plenty of mid-'80s cool - it's easy to see why these special edition muscle cars flew out of showrooms pretty quickly back in their day. This '84 still acquits itself well - it's got a nice shine, the chrome trim around both the front and rear windshields is clean and the commemorative, special edition decals still really pop. It retains a very well-kept appearance after more than 35 years of service, with no observable flaws to detract from its vintage curb appeal. The commemorative W-30 graphic underneath the driver's side headlight is yet another indication that this Olds is special.

Inside, the original burgundy interior is still in place and in good form. The cloth, high-backed buckets in front and bench seat in back have held their original form well and there's an appreciable amount of legroom for passengers both fore and aft. Slide into the driver's seat and look down towards the center console and you'll see a truly inspired feature: the Hurst/Olds "Lightning Sticks" shifter. Configured unlike any other, the Lightning Sticks allow the driver to manually operate the automatic transmission - a precursor to paddle shifters that would come along decades later. Up front, the dash is in outright great shape - you'll find clean and easy to read gauges in the instrument cluster and a supple, uncracked pad running across the top. In back, the spacious trunk area is nice and tidy, lined with clean, well-fitted carpeting, with the spare off to the side in its proper upright position. The featured anti-theft device helps ensure that this special edition Cutlass doesn't leave your possession unintended and the AM/FM/Cassette stereo provides an era appropriate audio experience.

An expansive 455 cubic inch engine now resides in the engine bay, offering a substantial step up in displacement from even the largest powerplant offering when this '84 debuted. It wears a 4-barrel carb on top and pairs with a 4-speed automatic California Performance 2004r transmission whose overdrive gear makes for easy cruising and low RPMs at highway speeds while the 3.73 limited slip rear end puts power to pavement with efficiency. Power steering makes this special edition Olds an easy handler, while power brakes that include discs up front equip it with low-effort stopping ability as it cruises on its set of 15" factory wheels wrapped with Goodyear Eagle GT II tires. The undercarriage appears to be in very solid shape and well positioned for plenty more future miles.

There were only a little more than 3,000 of these special edition Cutlasses made in the first place and most of those have long since fallen by the wayside, so this 1984 Oldsmobile Cutlass 442 Hurst/Olds offers bona fide collectability to go along with its vintage curb appeal. Call today! 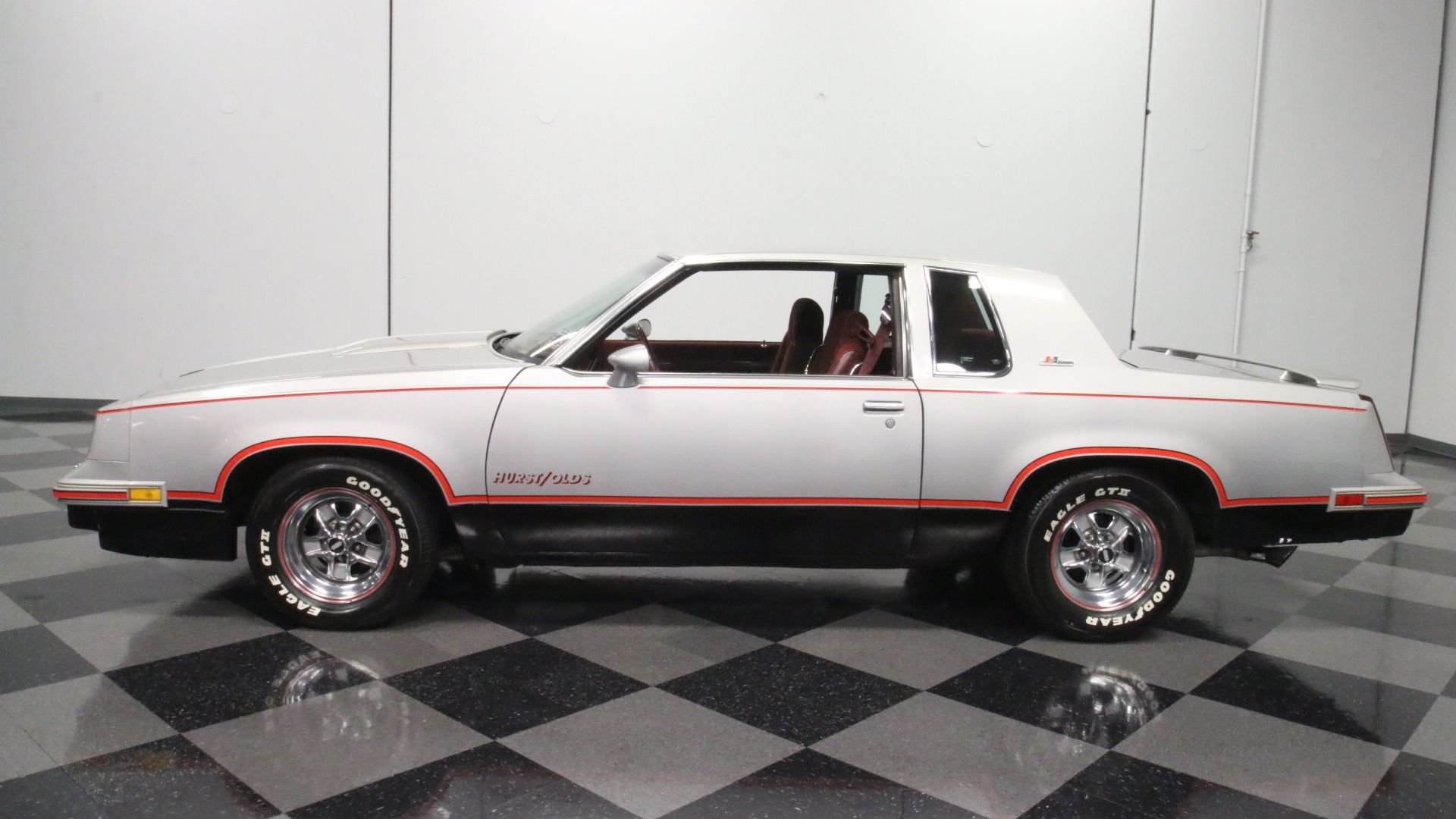