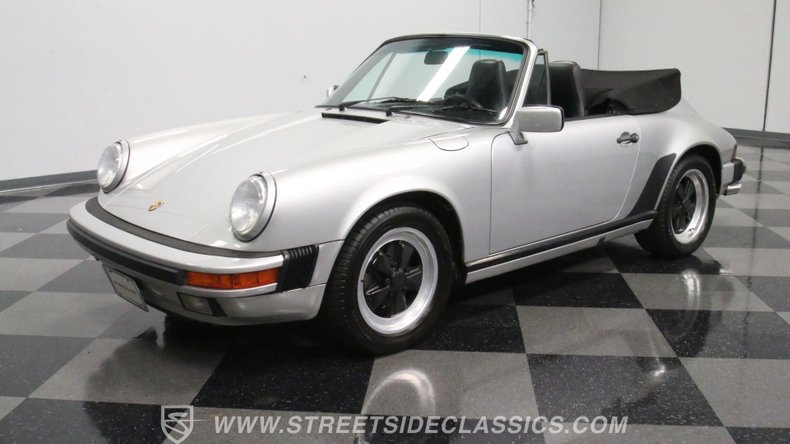 Opportunities like this one don't present themselves very often. This 1987 Porsche 911 Carrera Cabriolet is loaded with understated style and, true to its performance-oriented heritage, is well configured for grin-inducing performance. Having logged an unusually low 40,000 miles over its lifespan, it's in its absolute mechanical prime and has received all the attentive care needed to look its best.

This coveted droptop is decked out in a classy silver shade that's in top form, having benefitted from a clean respray only a couple of years back - there's paperwork included to back it up. Take a lap around and you'll find no observable blemishes and a recent wax job has the texture feeling nice and smooth. Because Porsches have always rolled off the assembly line with maximum visual coolness already built in, there's generally not much temptation to mess with their already stellar aesthetics, so it's no surprise that this mid-'80s specimen remains in its original configuration, with fresh-looking black trim ornamenting its understated color. While any sports car enthusiasts would likely picture themselves behind the wheel of this agile performer with nothing but the blue sky above them, for those times the weather won't cooperate, a manually operated black vinyl convertible top stands by for protection. It's in great shape, sporting a nice, clear rear window and newly installed seals to keep the elements from intruding.

Inside the doors, years of respectful use have combined with some selective refurbishment to leave this Porsche in impressive form. Slide behind the wheel and you'll feel like you've been transported back in time to intercept this Carrera not long after it left the showroom. The interior is in downright great condition, with black leather bucket seats at its center that are ready for miles and miles of future use as they loom over carpeting punctuated with a pair of Porsche-branded floor mats that appear to have been recently replaced. Just beyond a stock steering wheel that looks like it's been gripped by very few hands, the dash area is another high point, with crystal clear, functional gauges and a blemish free dash pad running across the top. The original AM/FM stereo still provides the soundtrack while you're out on the road, and an aftermarket climate control system helps ensure your comfort. Like most everything else on the car, the front storage compartment appears undisturbed and very much as it did some three decades ago.

Having logged so few miles, the rear mounted 3.2 liter engine is running at the top of its game. Porsches are well known to deliver stellar performance, and this numbers-matching powerplant is no exception - it pulls with plenty of authority and sounds awesome as it exhales into its FABSpeed aftermarket exhaust while teaming with a 5-speed manual transmission that's shifting flawlessly. Precise power steering combines with a fully independent suspension in both front and back, as well as that signature Porsche road hugging stance to arm this iconic sports car with world class handling abilities, while power disc brakes at all four corners bring it to a stop with a promptness few other cars can match. You'll find really clean 16" factory style wheels wrapped with fresh rubber at all four corners to complete the look of this iconic convertible in just the right style. Below, the undercarriage is in what would be considered very clean shape for any car, let alone one that harkens back more than three decades. 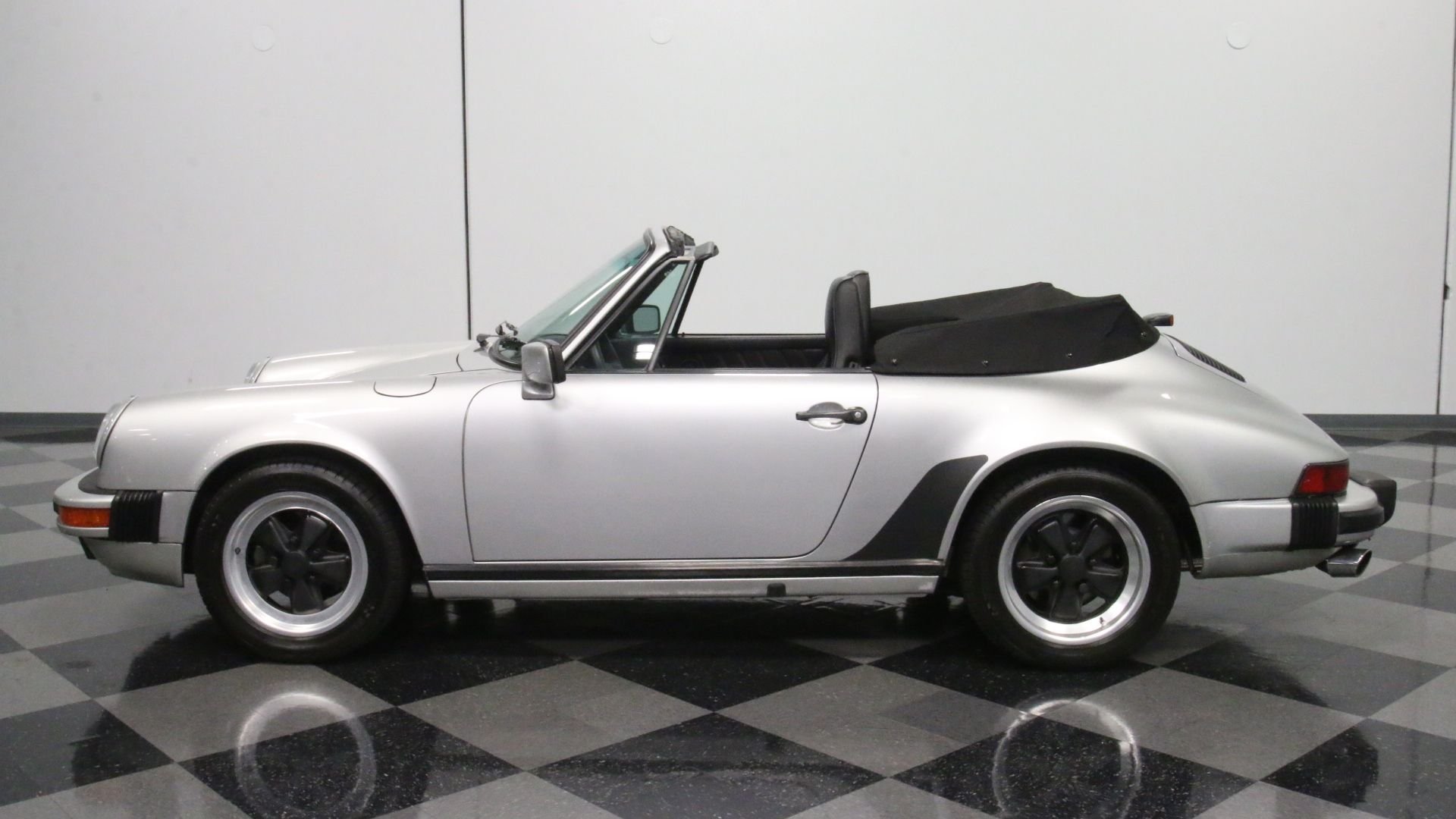