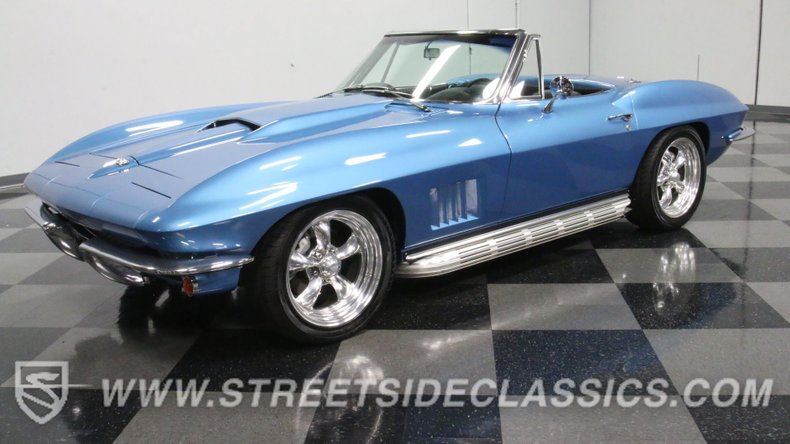 Epitomizing its coveted model at its second generation best, this 1964 Chevrolet Corvette Convertible was thoroughly restored both inside and out and the results are really something to behold. This isn't just a show-stopper in the looks department - it's also an outstanding driver, armed with a strong running small block underneath its Stinger-style hood, along with pretty much every power option Chevy offered during its era.

Journey back in time some 55 years and imagine just how futuristic and inspired this '64 must have seemed when it debuted. Adorned with its gill-like side vents and pair of hidewaway headlights that sit nice and flush in their lowered position and raise into place without issue, the exterior of this 'Vette has been freshened with Marina Blue paint that sits underneath a strong clearcoat to give it a deep shine. This magnetic shade was worn by legions of Chevy muscle cars during this era and really looks great on this classic - a claybar session and waxing will elevate its appearance even further. The entire array of chrome exterior fittings is in top shape - you won't find any pitting or oxidation anywhere and the sidepipes couldn't be cleaner. For those times when the weather doesn't cooperate with your open-air motoring aspirations, the black vinyl convertible top is looking very fresh and sports a nice, clear plastic rear window for good visibility.

With its pair of low-backed bucket seats appearing as if they were just installed as they straddle a clean center console that arrived along with them, this is one compelling vintage driving environment. Chevy put a high premium on equipping their prized model with distinctive, "driver-centric" interiors and you can definitely see the results of their efforts paid off. The collection of gauges in the aeronautically inspired instrument cluster are in top condition, with no hazing on their faces and not a blemish to be found on their surrounding bezels. The factory AM/FM radio still holds its customary vertical position at the center of the dash, just below a sizable clock that's still working - always a welcome sight in a car of this era. This '64 first put rubber to pavement when air conditioning was a fairly rare feature in a convertible, but it's on board here and running in top form. Clean black carpeting lines the floor, extending back to a welcome interior storage space behind the bucket seats.

The period correct 327 cubic inch V8 was Chevy's "go to" small block during this era. Armed with a 4-barrel double-pump carb and an Edelbrock performance intake manifold underneath a spotless chrome air cleaner, it sits in an impressively well-detailed engine compartment - there's not so much as a wire out of place, each hose and belt appears new and every surrounding component is looking its best. The engine sends a nice deep note out of its signature sidepipes while pairing with a smooth-shifting 3-speed automatic TH350 transmission sitting just behind it - this is a drivetrain that delivers outstanding performance with a minimum of effort and won't leave you dreading stop and go traffic any more than you already do. This 'Vette wears power disc brakes at all four corners to deliver prompt, fade-resistant stops to its set of 17" American Racing Torq Thrust wheels that add a modern touch while still blending perfectly with the rest of the car and wear Kumho tires that have plenty of tread left. 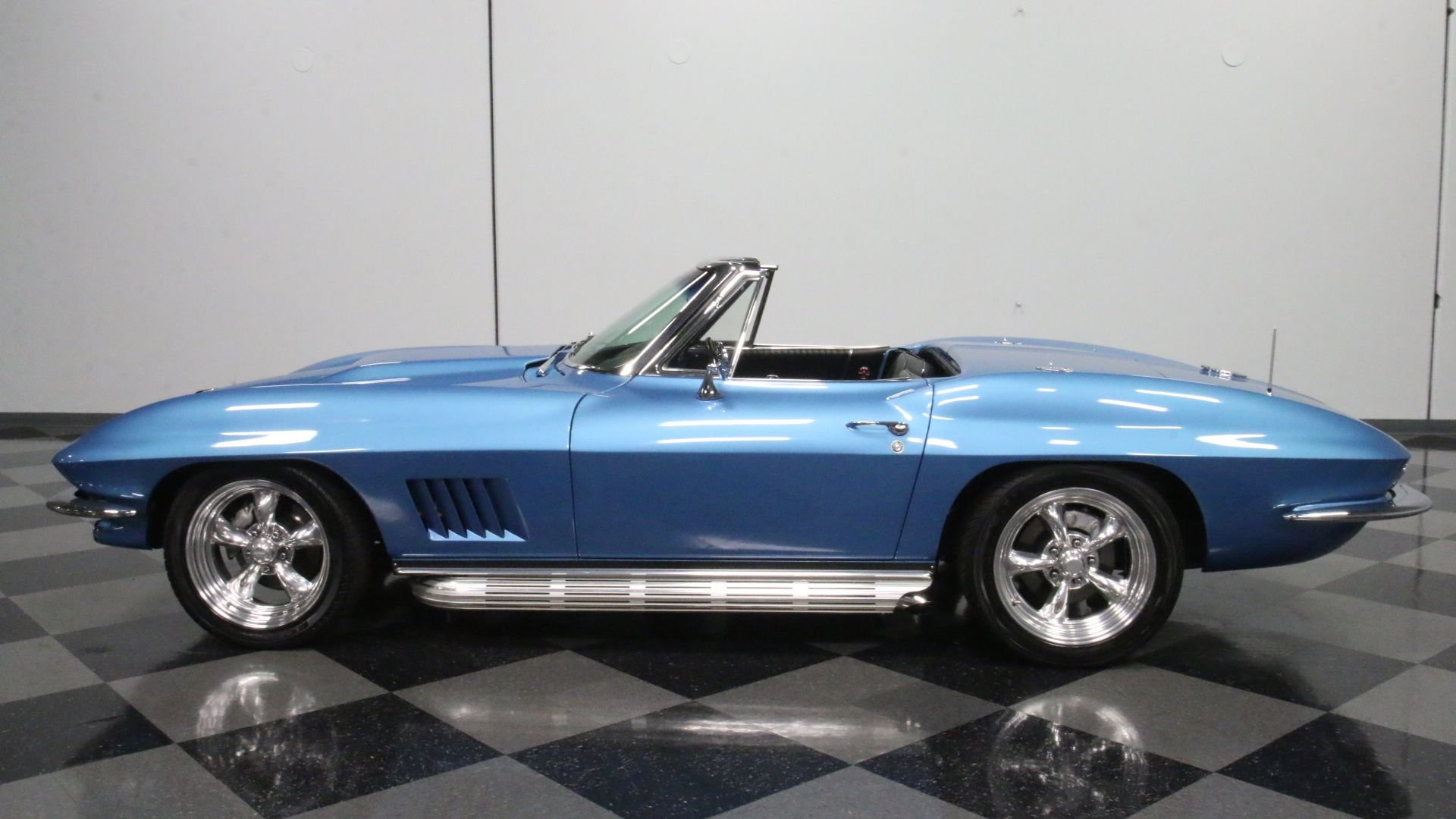