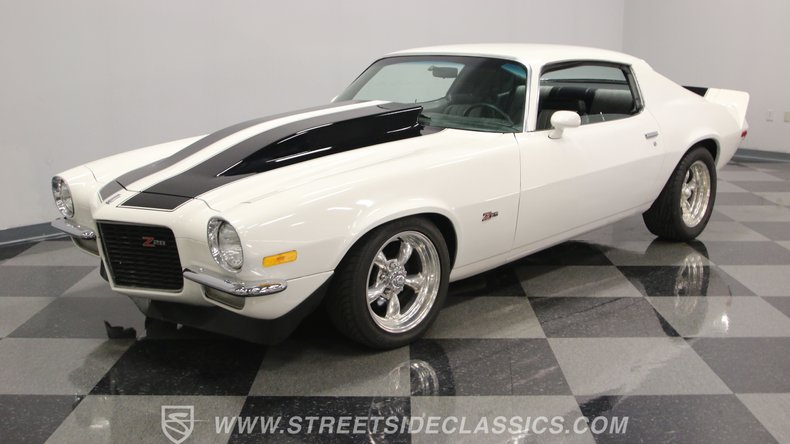 With its aggressive cowl scoop and inclined stance, you can see right away that this 1970 Chevrolet Camaro Z/28 Tribute means business. It captures all the magic of its model in its second generation form and also features a fresh, new interior from which to command its substantial abilities.

As a '70, this Z/28 was a founding member of the second generation of Camaros, a class that built upon the resounding success of its predecessor, while introducing a lower stance for an improved center of gravity, a wider track and a sloping, fastback style rear roofline. The combination of the clean white exterior and broad black painted stripes running the length of the steel cowl hood and the deck lid in back with its integrated spoiler creates a sporty, vintage look and, upon closer inspection, you'll find that the bumpers both fore and aft are nice and clean, along with the trim surrounding the windows. Freshen up the black front grille and make a few very slight adjustments here and there to the gaps surrounding the doors and hood - nothing major, as this Camaro is structurally sound - and this will be one vital looking vintage ride.

Inside the doors is an accurate recreation of the driving environment featured on this Camaro's Z/28 inspiration. The black and white houndstooth covering the front buckets and rear bench was a defining styling feature of its era, and the rendition on this '70, appearing newly reupholstered, shows just how striking those interiors were. There are a number of other components that have been recently replaced, so when you take your place behind the wheel in this cockpit, there'll be plenty to marvel at. The headliner is nice and snug and also seems new, as does the dash area, with its assortment of clear, functional gauges and a supple-looking pad running across the top. An aftermarket AutoMeter tach now sits on the steering column to keep tabs on RPMs and an AM/FM/Cassette stereo also stands by at the center of the dash to provide an era-appropriate audio experience, but it will need just a little attention to get fully back online.

Starting with the 383 cubic inch V8 underneath the cowl hood running in top form, this is a very street ready Chevy. The powerplant has been armed with aluminum heads at its sides and a high-rise intake manifold and a Holley 4-barrel carb on top and it sends a deep, resonant note out of the headers leading to its downturned exhaust. An MSD coil has also been added to heat up the spark. Sitting just behind it is a 3-speed automatic transmission that's shifting nice and smooth, while a 10-bolt rear end rounds out a high functioning drivetrain. Second generation Camaros already benefited from a lower center of gravity than their predecessors and the stance on this one is even lower still for better road holding ability. Add that to the wisdom Chevy engineers gleaned from the race proven first generation in terms of suspension advances and handling, and you have a classic muscle car that delivers a great driving experience. Equipped with both power steering and power brakes that feature discs up front, the stops come quick and the handling easy as this icon cruises on its set of 16" Eagle Alloy Torq Thrust style wheels that add just the right finishing touch. 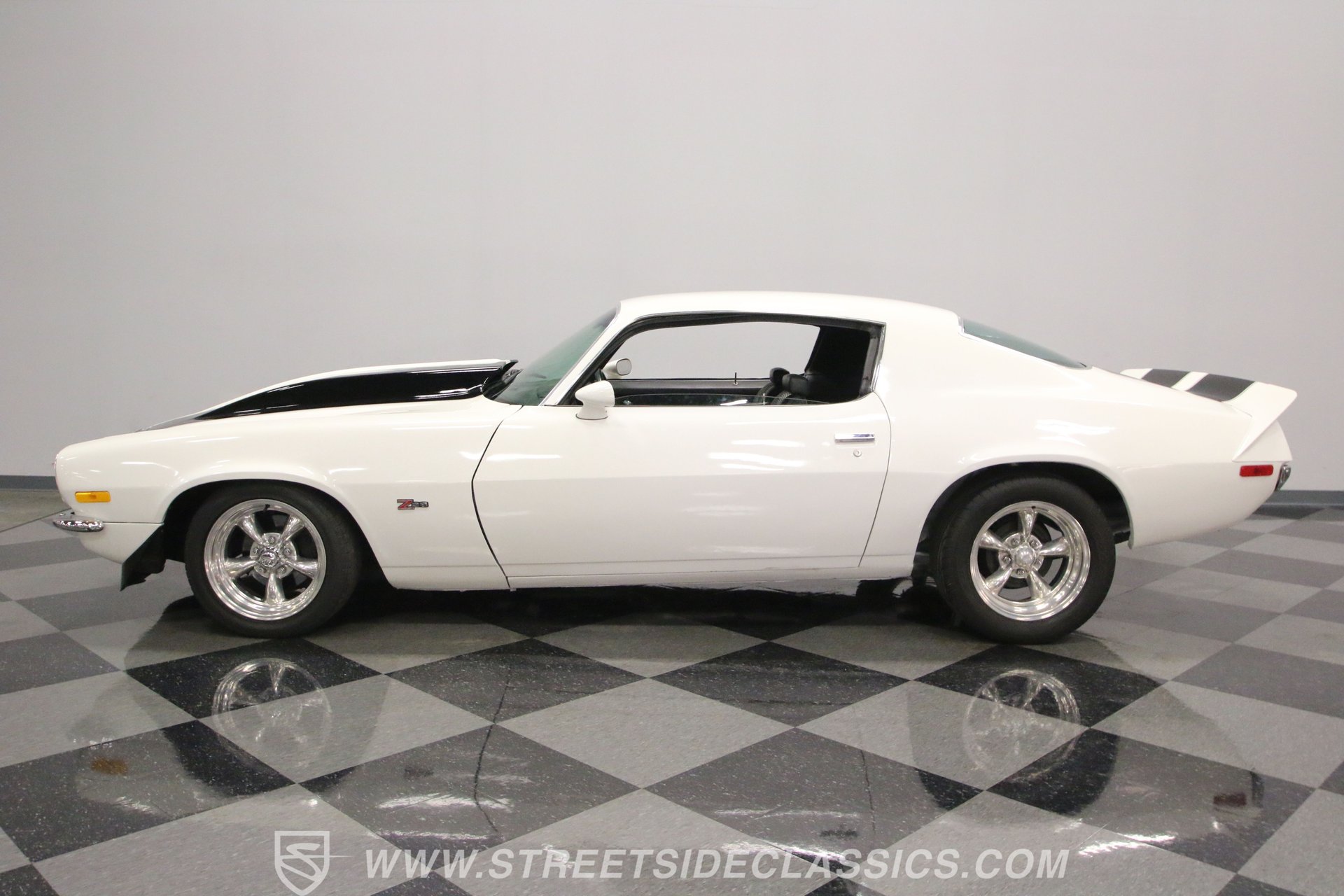