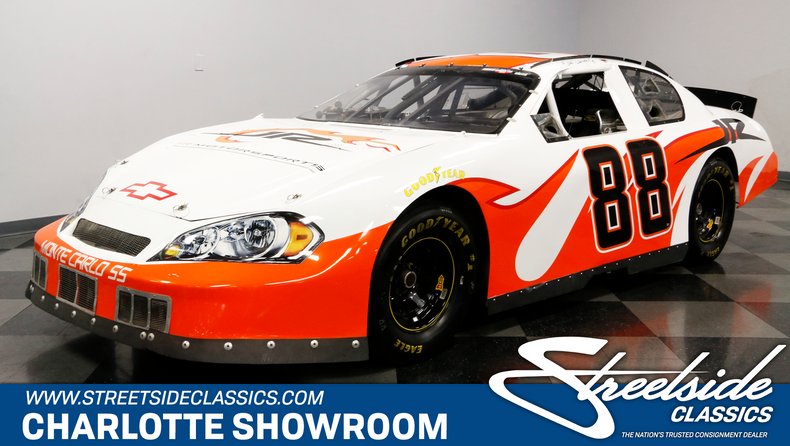 It's time to own your piece of working NASCAR history. This 2007 Chevrolet Monte Carlo is a true #88 race car owned and competed by Dale Earnhardt Jr.'s JR Motorsports.

This is the genuine car the raced on June 30, 2007 at New Hampshire Motor Speedway. But more than just being a real track machine, it's an important piece of JR Motorsports history. It's the 10th chassis built by Ronnie Hopkins for JR Motorsports, and it's stamped with 001. That's likely because this was their first from the batch that was taken out on the track. In fact, when this raced at the Camping World 200 in 2007, it was wearing the famous #88. So yes, this one has multiple key connections to Jr. and his career.

In fact, after this car was taken off the track, it was used as part of Dale Jr.'s tour. That's why in a world where most NASCAR racers are used up and thrown away, this one is a rare shining example. You can see the gloss of the flame-kissed two-tone paint, the full aero kit, and all the competition details remain intact. While there are some signs from use, it's absolutely a miraculous survivor for NASCAR standards.

Inside, this is a full race machine all the way. It has a NASCAR-spec roll cage, full fire suppression system, large AutoMeter gauges, and a nearly indestructible shifter. There's a custom seat from The Joie of Seating (specially labeled The Dale of Seating.) Plus, you even have a special JR Motorsports ignition panel. It's all part of a total package that reminds you this is a real-deal race machine that will always be connected to one of the most celebrated racers ever.

This car is more than just a static showpiece, and the motor proves that. Under the hood is a true race-built 358ci SB2 V8. It has a carbon fiber air intake feeding the large Holley four-barrel carburetor below. As the free-flowing headers feed the side exhaust, it creates a raucous thunder, so you don't even need to tell everyone it produces 725 horsepower to be impressive. As a true race machine, the suspension is fully adjustable. Plus, you have the best in supporting components, like a Jerico four-speed road course transmission, Bilstein shocks, and a Hendrick Motorsports 4.00 rear end. There are JR Motorsports disc brakes behind each of the Aero racing wheels with Goodyear Eagle racing slicks.

Complete with the first bill of sale, this is the real-deal ultimate NASCAR collector's item. You don't get to drive it on the streets, but that's ok, because with this in your garage everyone will come to you. Don't miss this opportunity. Call now! 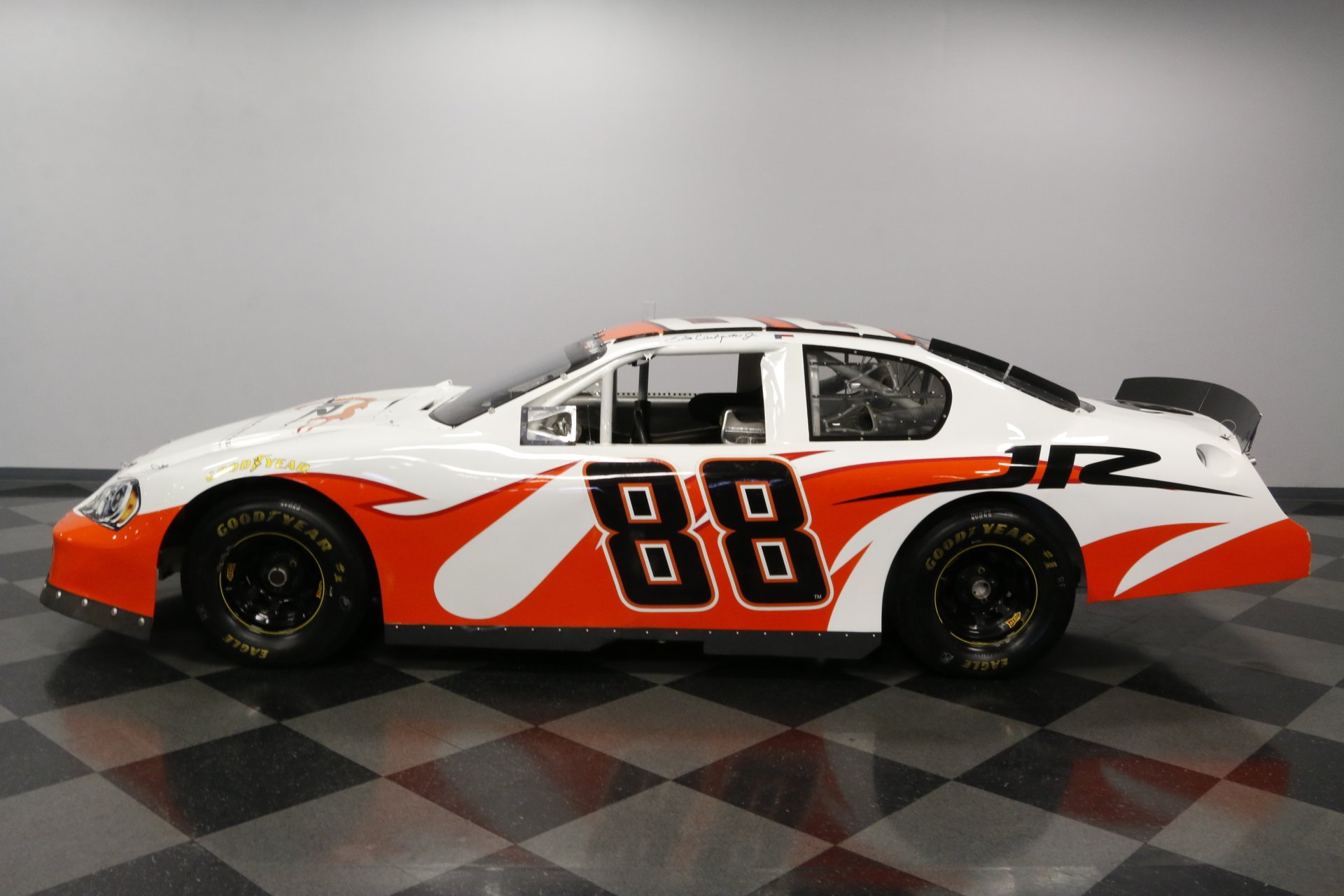