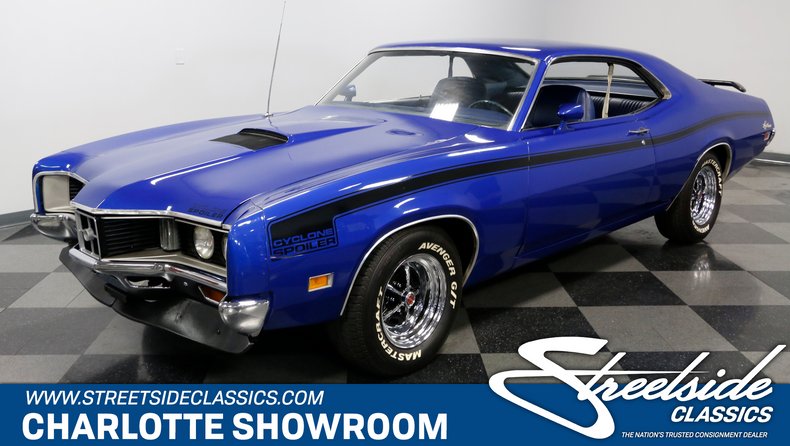 How about some American muscle that's big, bold, and rare? This 1971 Mercury Cyclone Spoiler tribute car has all the right features to grab attention on the outside and plenty of V8 power under the hood.

The Cyclone was Mercury's version of the Torino GT. That meant it shared some seriously large power, while having its own unique styling and Mercury's lower production numbers. Competing with the likes of the Buick GS and Plymouth GTX, the Cyclone had to look the part, and this is one mean muscle car. From the aggressive hood scoop and gunsight grille, to the semi-fastback profile with subtle fender flairs, it was built to intimidate. The slick blue paint lets the bright work really shine in places like the large chrome bumpers and Mag wheels. Plus, true to the "Spoiler" name, this tribute has aggressive spoilers in the front and rear. It even has the upgraded to the package-correct striping and exposed headlights. So you're sure to turn some heads in this correct and total package.

Inside, it's all about Mercury's blend of luxury and performance. The sea of blue continues with the factory-correct interior that can comfortably seat up to four more along with you. The bucket seats have insignia textured inserts that give it a much more upscale look and feel. The driver gets a Ford's dual-spoke steering wheel that gives an unobstructed view of the extra wide speedometer. Plus, this upscale performance car is driver-dominant with all the essential gauges at eye-level across the dash. This includes a large tach that goes especially well with the Hurst shifter.

Under the hood is exactly what you want to see in a muscle machine like this. Not only is it Ford's hardy 351 cubic-inch V8, but also it has been upgraded with a Holley double pumper four-barrel carburetor, Edelbrock intake, MSD ignition, and a growling H-pipe dual exhaust. Best of all, you have complete control over this V8 and its thunderous soundtrack with the four-speed manual transmission. Plus, with power steering and wide raised white-letter tires, this is a Cyclone that says firmly in control.

Rare, beautiful, and impressive, this Mercury Cyclone Spoiler tribute packs an upscale punch that will make Ford fans smile everywhere it goes. These are always popular, so don't miss you chance. Call now! 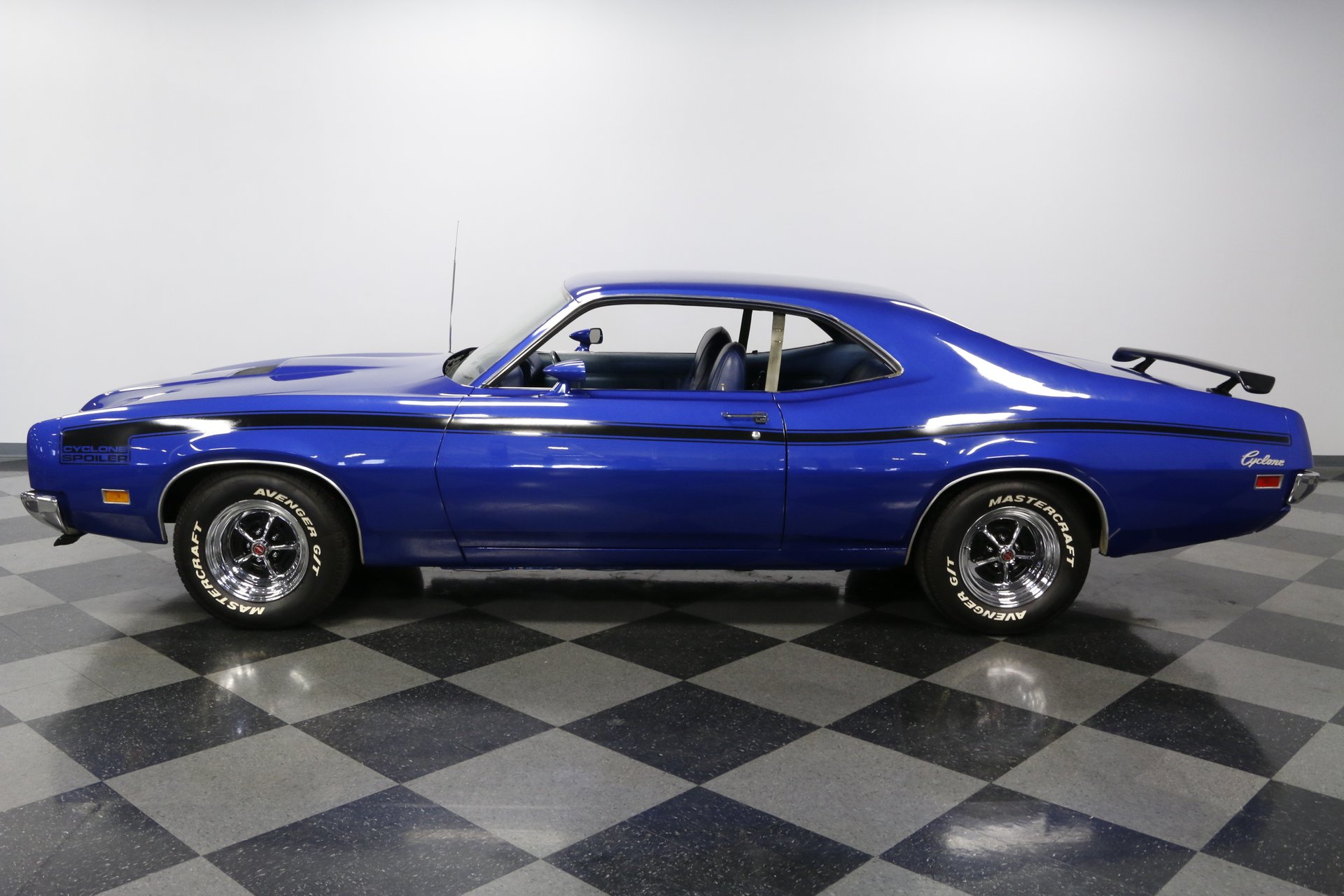