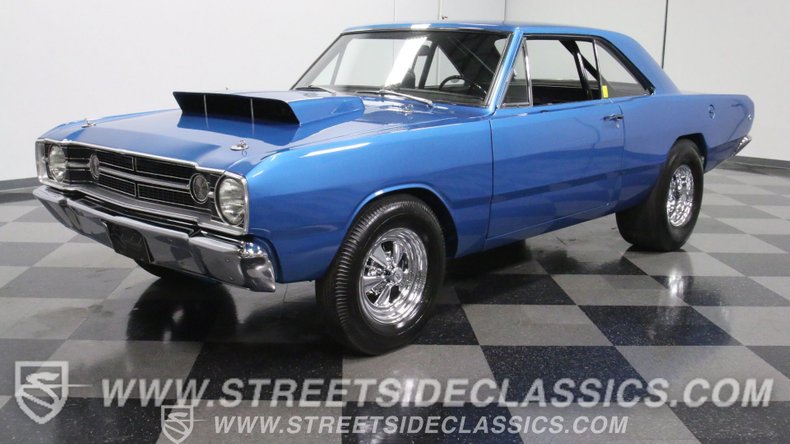 Some of our favorite creations are the cars that the factory could have built but didn't. This 1968 Dodge Dart is such a machine, a street version of the Hemi drag cars Chrysler built to dominate the strip. With 472 cubic inches, B5 Blue paint, and a power-to-weight ratio of, say, a cruise missile, it's one man's ultimate Mopar.

Dodge's flyweight Dart proved the old adage that taking weight out was just as effective as putting horsepower in. But what if you did both, then painted it Mopar's favorite color, B5 Blue? Well, you'd have this incredible Dart. Built from a rust-free V8 car, it was treated to the best of everything, professionally engineered, and fully sorted on the mean streets. The little Dart is one of Chrysler's best styling efforts, clearly Mopar but not ashamed to be mid-sized. A few modifications get it closer to its race car roots, including fiberglass front fenders and rear fenders that were subtly re-sized to handle the giant meats underneath. The brilliant show-quality paint means that keeping it on the DL is going to be a challenge, and with that gaping garage door of a hood scoop, you need to be careful that the Hemi doesn't inhale any small birds. All the chrome was refinished to show standards, the stainless was polished, and there's just no such thing as a race car that ever looked this good.

The interior is anything but race car basic, wearing fresh upholstery by Legendary, which includes a pair of simply gorgeous bucket seats. The Dart's original dash was retained and all the gauges rebuilt, but they're augmented with a high-mounted tach and oil pressure gauge that look suitably vintage, and they're both a good idea with almost 700 horsepower on tap. There is no radio and I'm disappointed that you'd even ask, because the sound of the Hemi should be more than adequate. A Hurst 4-speed shifter with reverse lock-out has been mounted between the seats and works even better than the old pistol-grip setup you might have admired when this car was new. The back seat is gone and there's a cage that makes it moot anyway, but it has been beautifully upholstered back there suggesting that this was a very expensive build. Even the side windows are Lexan, just to keep it authentic. The trunk is correctly detailed with a reproduction and carries the battery, because there's just no room left under the hood.

The reason for that is the 472 cubic inch crate Hemi that's rated at a mind-boggling 680 horsepower. With a Mopar Performance cross-ram intake, dual 850 Holleys, and a lot of chrome, it's both scary fast and beautiful to look at. Inside there's an Eagle crank, Scat H-beam rods, Ross 10.75:1 pistons, and a Comp Cams solid lifter camshaft. The inner fenders and firewall have been smoothed and painted, and there's a correct Hemi K-member to hold it in place. And while there's no power steering or brakes, the car remains quite street-friendly. The transmission is an A833 18-spline 4-speed fed by a Centerforce clutch and spinning a Dana 60 with 4.10 gears on a limited slip. Front discs and rear drums make up the braking system, and the custom exhaust system is a work of art all by itself. The floors are finished as beautifully as the bodywork and the tub is reinforced with a set of weld-in subframe connectors. It even captures the vintage race vibe with Cragar mags and 6.70-15 skinnies up front and 10.5x29.5-15 slicks in back.

With build documents and only test and tune miles, this is one brutal performance car that you can buy with confidence and enjoy with impunity. Call today! 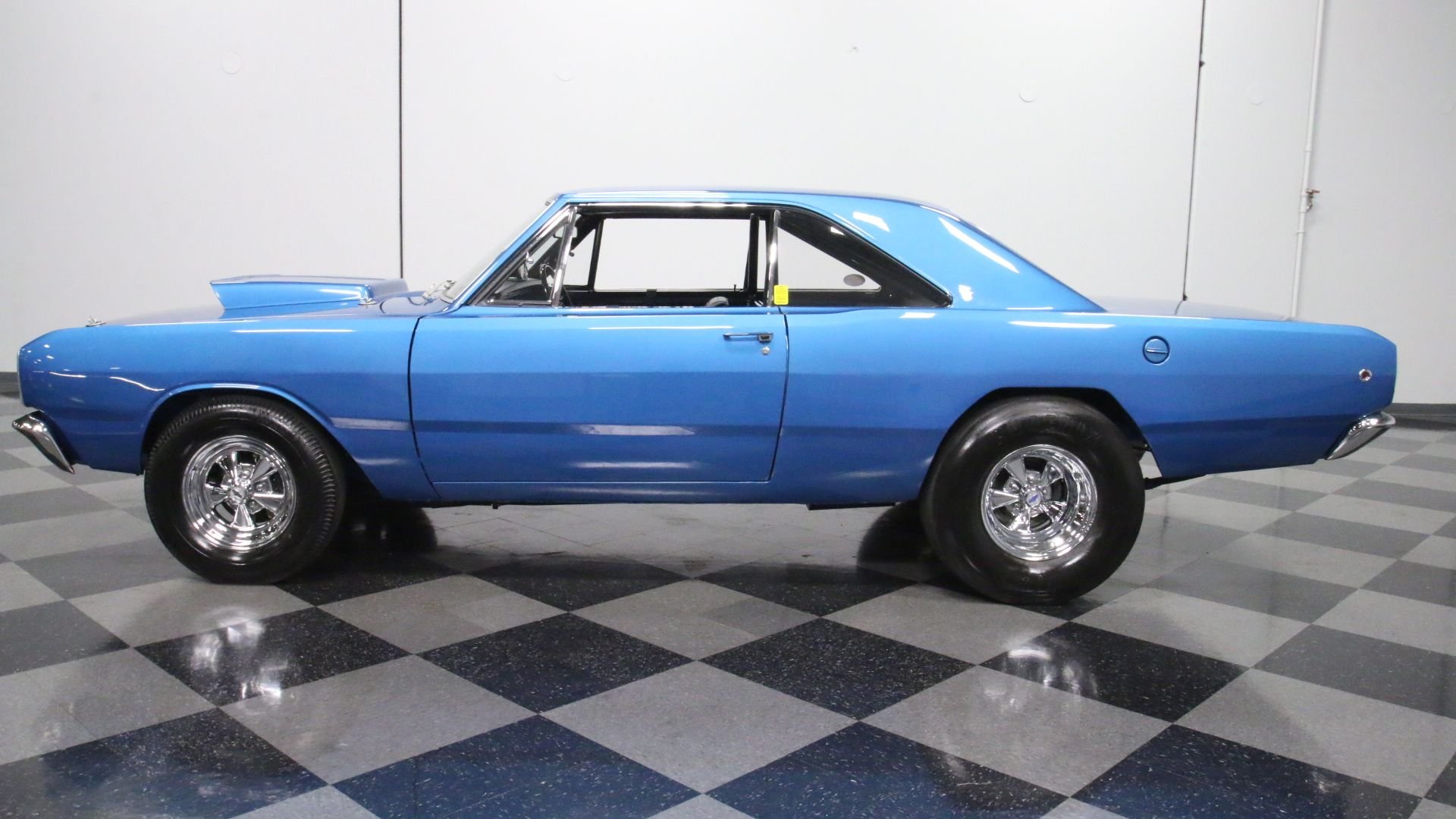