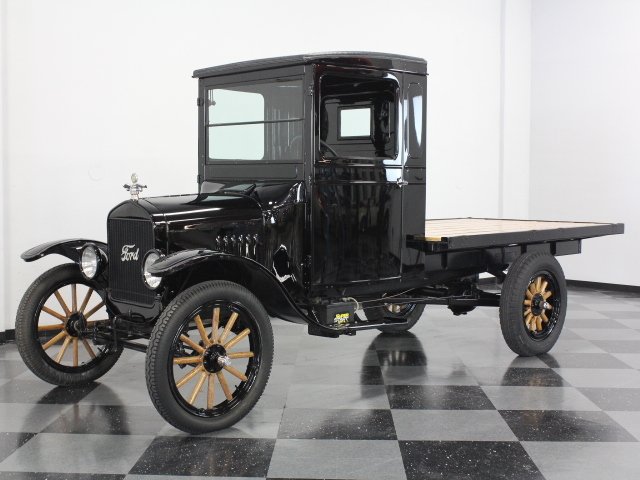 In the days slightly after the horse and wagon and slightly before superhighways, if you wanted something big and heavy moved, you used Ford's rugged, reliable, and versatile Model T. This exceptional example is a lifelong Texas truck with just three owners and a correct restoration the likes of which you just don't see all that often.

If you're a truck collector, and I know there are plenty of you out there, you need a big T in your collection, and this is an excellent choice. With multiple trophy wins to its credit, it's pretty much the way Henry built it back in 1925 wearing a coat of glossy black paint. The familiar grille and fenders, plus the upright cab all date the truck and make it the most identifiable heavy hauler of all time, and given the values, it's shocking to see one this well restored. The bed is freshly restored, just as sturdy and ready to work as it was nearly a century ago, and it's cool to think that commercial vehicles also were things of beauty. There's no chrome, of course, but the Boyce Moto-Meter on the radiator is a great period accessory that adds functionality as well as an upscale touch.

The interior is surprisingly classy for a blue-collar hauler, with button-tufted seat cushions and a nicely finished wood floor. The same Model T controls that you got on the passenger cars were used here, too, including a hand throttle, and a set of foot pedals for the 2-speed planetary transmission. It's easy to operate once you see how it works and if you've got the time, the dependable Model T will get you anywhere you need to go as long as there's gas in the under-seat tank. A hard rubber steering wheel is big and beefy and offers plenty of leverage for the steering, even fully loaded. Instrumentation includes just an ammeter that monitors the generator's output and the ignition switch, plus a gear lever for the Ruckstell 2-speed rear end that helps with around-town driving. There are windows in the doors and it seals up well, and you'll probably dig the fabric mechanism for lowering the windows: simply unsnap it and lower the glass!

The engine is the same 4-cylinder 20-horsepower powerplant that was under the hood of every Model T, but with clever gearing, it moves the truck easily, loaded or empty. Speed isn't the point, reliability is, and this ancient machine will still out-last just about anything made today on the job site. Correct in just about every way, from the individual coils and plug leads to the siphon-type cooling system that doesn't even need a water pump for operation. The updraft carburetor hangs under the cast iron exhaust manifold and it fires with a familiar sound that forms the background soundtrack for every old movie ever made. The basic chassis is in great shape, and it may very well be the original exhaust system under there, so I don't think I'd worry about replacing it despite its somewhat deteriorated condition. Restored wood wheels with hickory spokes sport staggered tires that manage the load out back.

A wonderful vintage truck that always attracts a lot of attention and will be a lot of fun for parades and shows. Call today! 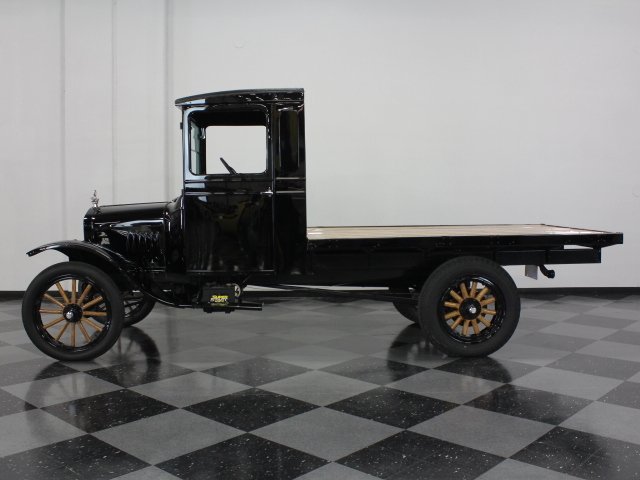