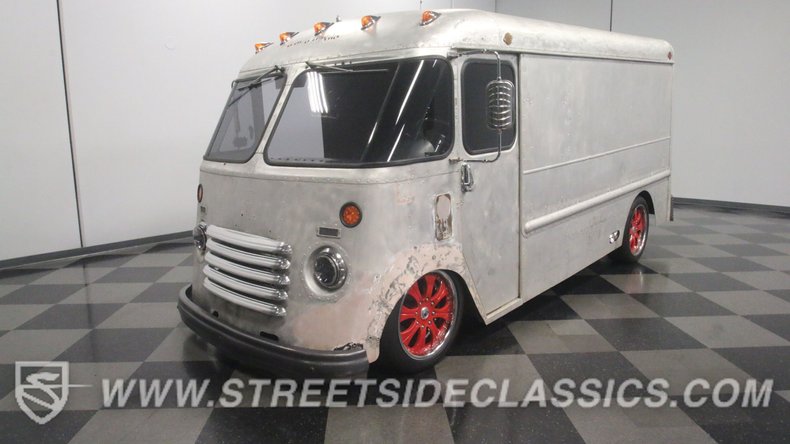 This 1949 Chevrolet step van isn't your average vintage hauler. Built by the most likeable car guy on TV, Rutledge Wood and featured on multiple TV shows including "Lost in Transmission," it's a fantastic resto-mod that marches to the beat of its own drum. With a 525 horsepower LS2 V8, air suspension, and a look that you'll never be able to duplicate, this is the coolest parts chaser we've ever seen.

Starting with a rather clean old Chevy panel van doesn't seem like the route to a way-cool resto-mod, yet here it is. Cosmetically, they left it pretty much in as-found condition, cleaning up the aluminum bodywork but not restoring it. That gives it a vintage look that makes it seem as if it was just getting back from a delivery. Remarkably, the aluminum skin is in awesome condition, with just a wrinkle above the driver's front wheel well, but they even left that alone to give it some character. The polished grille bars add some contrast and all the lighting is LED, including the headlights, so there's a modern look at night that really works. Cool features like the wrap-around windshields, the sliding side doors, and rear step bumper (literally!) give it an industrial-cool vibe that we find extremely appealing. If you want attention for your business or just because you like to talk to people, this is the truck that'll do it.

It was painfully plain when it was new, but even this commercial vehicle can add a few luxury touches to improve the experience. A pair of Recaro seats up front and a Dodge Sprinter bench in back make it a genuinely useful vehicle even if you're not hauling gear (it can still handle a ton of that, by the way), and seat belts are probably a good idea. The entire dash was hand-formed in aluminum by Lucra Motors in San Diego, and it is extremely trick, including the custom gauges, built in Air Ride controls, and integrated A/C vents. There's also a tilt steering column, lots of sound insulation from Lizard Skin, and a heavy-duty diamond plate floor that was intentionally aged and abused to give it an old truck look. Heck, it's even got built-in cup holders! Access to the engine is through the center "dog house" and you'll find that service is incredibly easy with it right up there in the middle like that.

Mechanically, this truck is based on a 1999 Chevrolet 2500 pickup frame that was custom shortened to fit the panel van's body. That means it's still ready, willing, and able to work as a truck, and with that 525 horsepower LS3 V8 from GM Performance, it'll haul more than your junk. There's also a built 4L80E 4-speed automatic transmission that's heavy-duty enough to work for a living and the Chevy's original 4-wheel disc brakes made the trip as well. The suspension is a full Ride Tech air setup with adjustable ride height, and it rides and handles far better than an upright box like this should. It also has a custom Magnaflow exhaust system that sounds heroic exhaling through the port on the driver's side of the van and an Inland Empire driveshaft hooks it all together. Red Asanti 3-piece wheels and 20-inch performance rubber complete the one-of-a-kind look.

You can find this van all over the internet, on the Power Tour, and on TV, making it a celebrity in its own right. If you dig it, you'll love the way it drives. All it takes is the desire to be a little different. Call today! 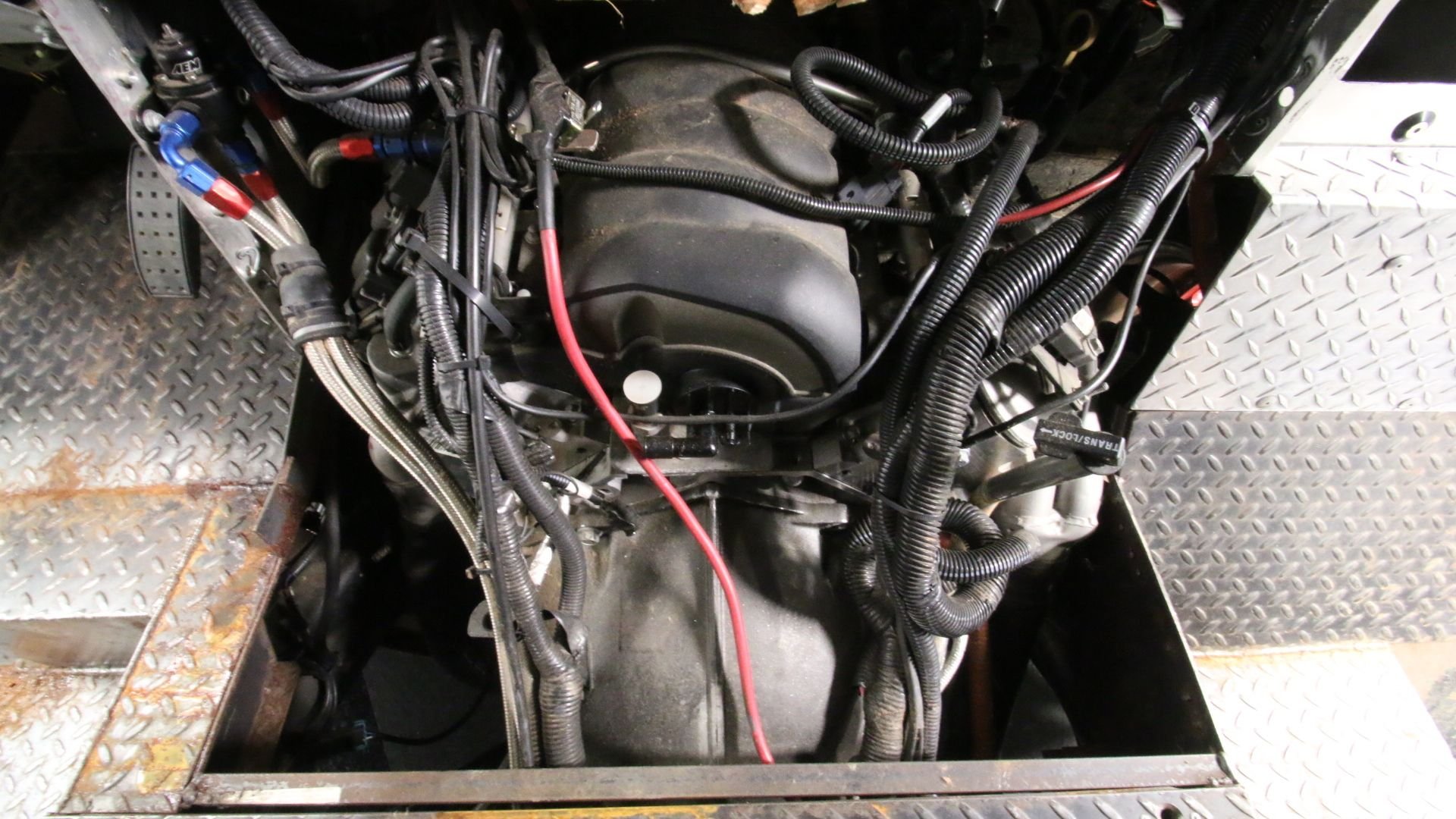