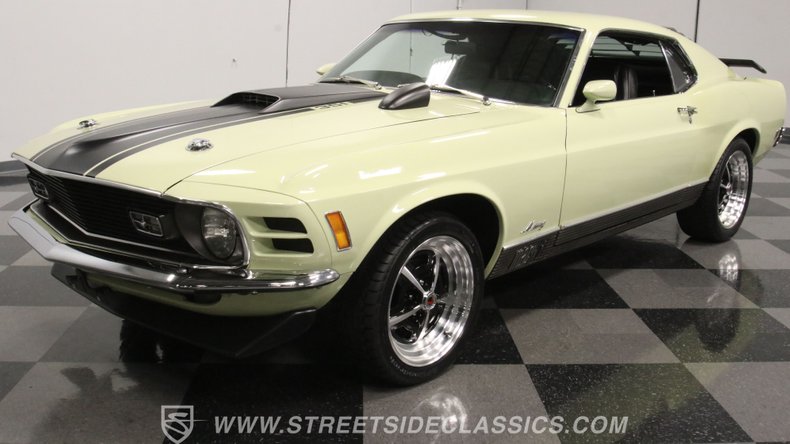 Mustangs don't get much better than this 1970 Ford Mustang Mach 1 fastback. Aside from maybe a Boss or perhaps a Shelby, a Mach 1 is at the top of every collector's wish list. This one packs an M-code 351 Cleveland motor, a manual gearbox, a very unusual color combination, and a ton of documentation. It's already won a lot of awards, so maybe it's time to put this A-list pony in your garage.

Repainted recently, this very unusual Light Ivy Yellow Mach 1 fastback looks like a million bucks. Well, maybe not a million, but these have been inching up in value pretty much every year, indicating that there are more than a few collectors out there who appreciate their good looks and brilliant performance. The finish is rendered in modern urethane, which gives the stunning light green hue a depth that the original finish just couldn't match, and the satin black stripes with '351' callouts on the hood seem to hover above the surface. The panel work is quite good, and since it has already been driven you know you won't hurt it, which is a good thing since you'll probably want to drive it every chance you get. The ribbed moldings along the rockers are crisp, and the rear window louvers and spoilers are the same satin black as the stripes, all of which give this Mach 1 a very predatory look, and yes, that's a hood tach which is one of the coolest accessories of all time.

Inside you'll find-what else?-Ford's Comfort-Weave black bucket seats, and they fit the Mach 1 like a tailored suit. All the soft parts, including the seats, door panels, dash pad, and headliner have been restored, and new carpets finish the floors. The instruments show quite well and the woodgrained inserts on the dash, door panels, and center console are in good condition, giving this sporty Mustang a contrasting luxury feel inside. The original AM radio has been replaced by a modern AM/FM/cassette unit that still looks quite authentic, a nice touch that suggests that the restorers believed in originality. The gauges all work although the rim-blow steering wheel does not, which is common on these cars. There's also a wood shift knob for the 3-speed manual gearbox, and you'll be pleased by how easily it falls to hand and how naturally quick shifts happen.

Travelling is exactly what you'll want to do once you hear that 351C under the hood bark to life. In the world of Fords, there are two versions of the 351 cubic inch small block, and the high-revving Cleveland is the one to own for performance. Restored to stock specs, the Ford Blue powerplant still wears its original air cleaner and stock valve covers, along with a 4-barrel carb. Other details are correct as well, including the hose clamps, decals, and the Ford Blue engine enamel. The aforementioned 3-speed powers the original 9-inch rear, which carries comfortable gears inside, making this a fine highway cruiser when you're not running hard. A fresh exhaust system with Flowmaster mufflers sounds spectacular and it rides on a new set of wheels and tires.

Documentation includes a Marti report, factory build sheet, owner's manual and restoration photos, so you can buy this one with confidence. You simply won't find a nicer Mach 1 for less money anywhere. Call today! 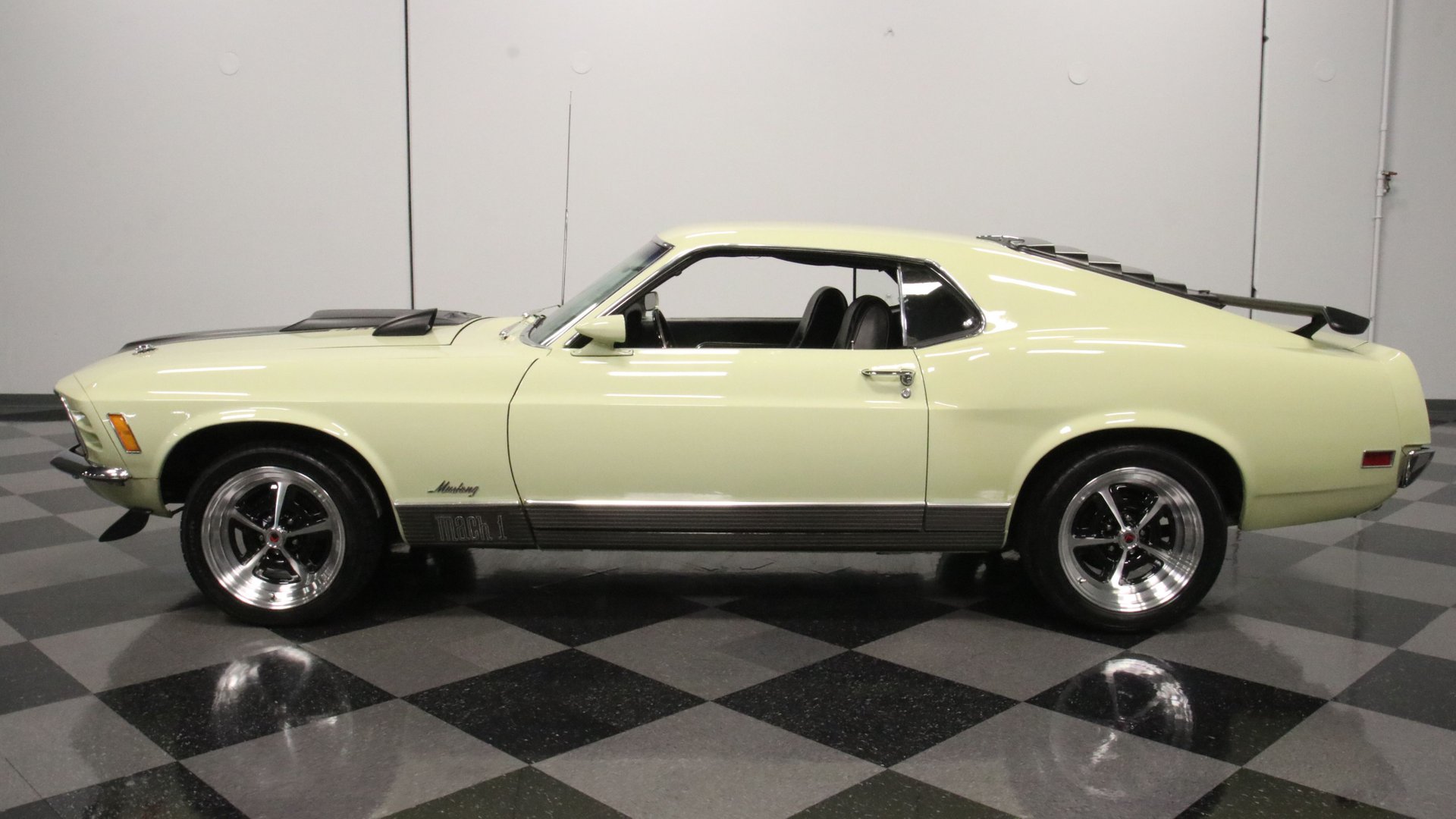