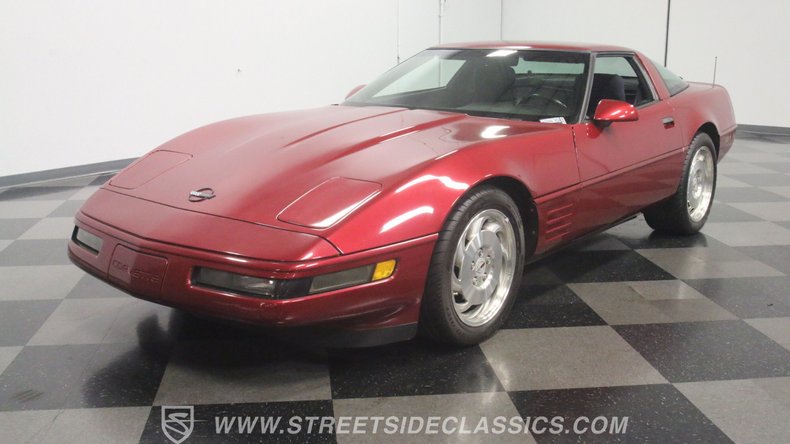 You can get a heck of a lot of car for not a lot of money with a C4 Corvette. This 1993 Chevrolet Corvette coupe proves it, with a great combination of performance, looks, and price. These really are nice cars to drive and there's enough performance in this one to make a lot of mischief if you're so inclined.

This pretty burgundy 'Vette has an appealing upscale look and the color will get attention no matter where you go. This particular coupe shows just 69,323 original miles, so it's obviously been a fair weather toy all its life. It is wearing original paint, so there are a few signs of age and use but at this price, you should probably just get in and have fun and give it a wax job on weekends. The 1993 Corvettes got a few final tweaks before the end of the line in 1996, including revised "gills" just behind the front wheels that are a more simplified version of earlier designs, and a smoother nose with flush-fitting lights. Fit and finish are actually quite good thanks to the dedicated factory full of 'Vette enthusiasts down in Bowling Green, and it has never been damaged in a major accident, so no worries there. And despite the vast aftermarket of bolt-on goodies for the exterior of the C4, this one remains totally stock; no wings, no stripes, nothing to make it seem like the kid down the street owns it.

The charcoal cloth interior is an elegant alternative to the usual tan leather, and the grippy seats are actually a pretty rare find. It's quite nice throughout, suggesting someone was careful about climbing in and out, and while there's some wear in the normal places, it looks pretty darned good for 25 years old. Digital and analog instruments behind a big leather-wrapped wheel are both functional and pretty slick to look at, and as with all Corvettes, it's loaded. There's a trip computer, automatic climate control, power windows and locks, power driver's seat, and cruise control, making it a fantastic road trip warrior and a pleasure to drive every day. The sound system still sounds great with an AM/FM/cassette setup. Everything works as it should thanks to the Corvette's fairly impressive reputation for reliability and even the hatch area is in excellent shape with no signs of having been left out in the sun too long. The solid roof panel is easy to remove and stows under the hatch, making this a great car for any season.

The LT1 350 cubic inch V8 is a mainstay of performance hardware, even today, and it delivers a nice, round 300 horsepower. Now before you start thinking that's not enough, just come drive this car. From a stop, it'll shred the fat Goodyear radials and there aren't many cars that can beat an automatic-equipped C4 on the roll; just stomp and steer! Again, despite the modification-friendly nature of the LT1, this one remains completely stock, although it does have a recent tune-up to ensure it's running its best. It starts easily and if history is any indicator, should run well for years to come. The factory dual exhaust system has a nice V8 burble to it and the suspension remains the benchmark by which many others are measured. Massive brakes are a Corvette trademark and they're quite effective here, and they live behind factory aluminum wheels wearing 255/45/17 front and 285/40/17 rear Goodyear performance radials.

There's much more to this Corvette than we can list here. If you want one of the biggest performance bargains we've ever offered, this is it. Call today! 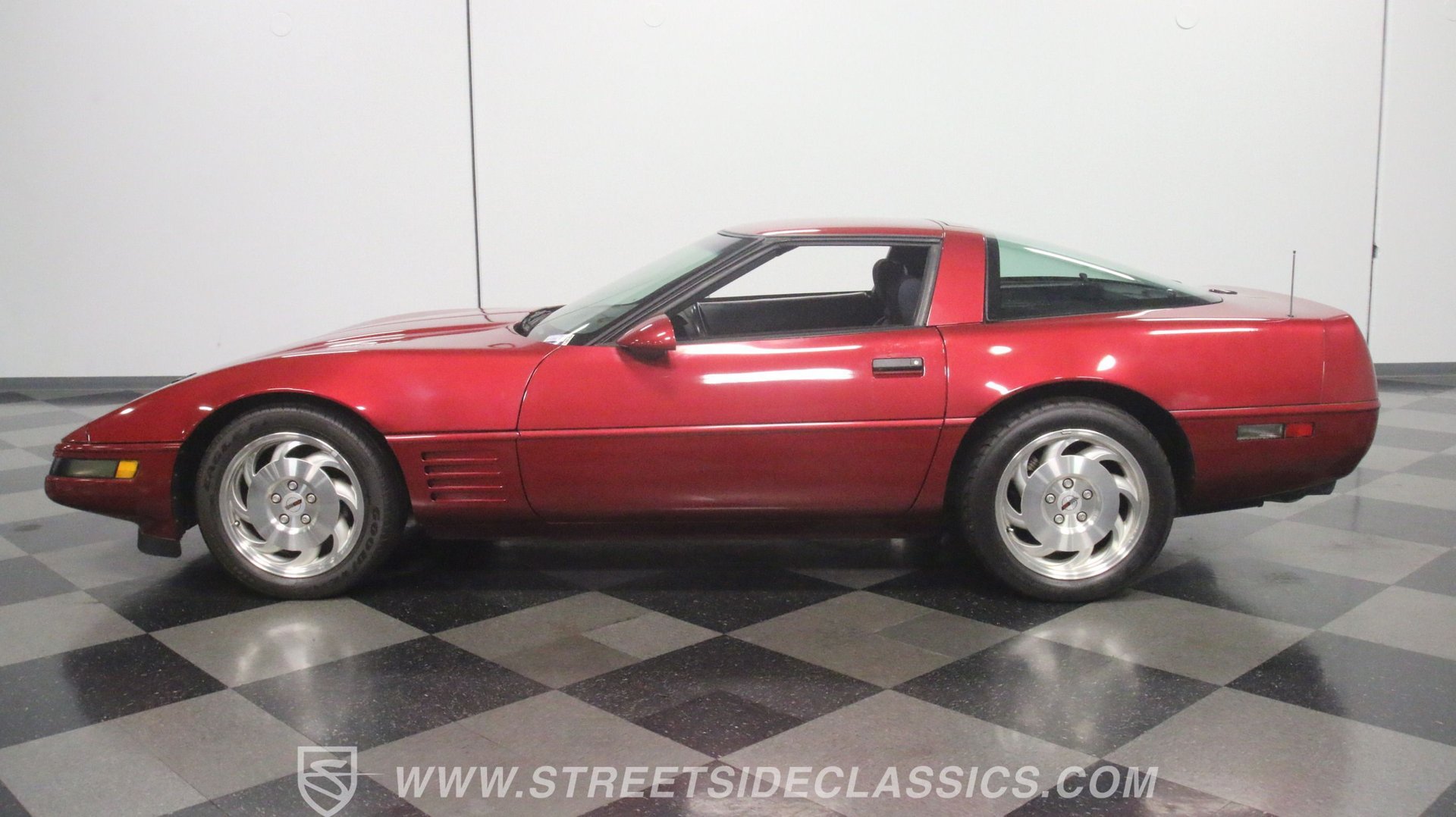