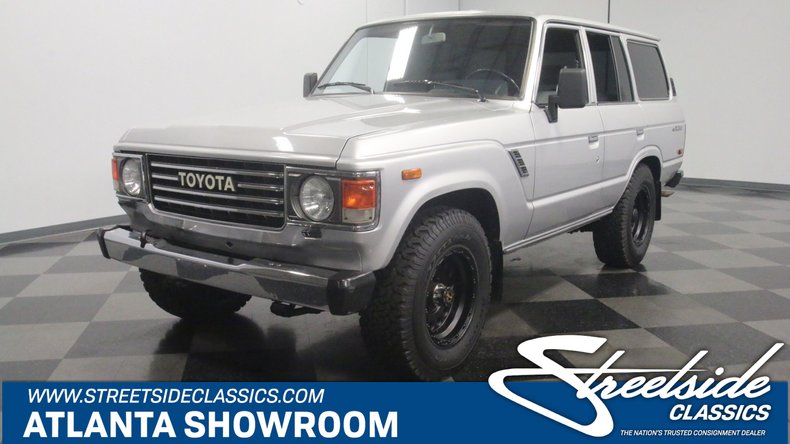 MIGHT BE THE CLEANEST FJ60 ON MARKET, 114K ORIGINAL MILES, BEAUTIFULLY PRESERVED

It wasn't the first, but there's certainly an argument to be made that the Toyota Land Cruiser was among the best 4x4s ever built. Legendary reliability, lots of interior space, and surprisingly civilized road manners make vehicles like this 1987 Land Cruiser a great choice if you like your legends to be practical.

This Land Cruiser has clearly led an easy life, and while 114,854 miles seems like a lot to a car guy, Toyota Land Cruiser enthusiasts know that this truck is just getting broken-in. As a result, it looks quite good and there are no nasty surprises waiting underneath. You can also be sure that it's been properly maintained and thanks to Toyota reliability, it'll probably outlast us all. The silver bodywork was repainted a few years ago and still has that utilitarian look that Toyota put to work as their top-of-the-line model, much the way Range Rover did. This one isn't soft, however, and its off-roading credentials are rock-solid. The paint ain't too shabby, either, with a nice shine that belies a few years of use, impressive panel fit, and a look that is at home on the road or in the mud. It looks like it could go anywhere, any time, but the chrome bumpers and tinted windows suggest civilization was never far away. Overall, this is one very nicely preserved Land Bruiser.

You can see the early stages of the Land Cruiser's gentrification inside, where you have handsome cloth bucket seats and all the creature comforts. The seats, carpets, and door panels are in remarkable condition for their age and the headliner shows only some minor stains but no sagging. The dash is typical '80s Japan, Inc., with lots of gray plastic and angular shapes, but we dig the big, round gauges and matching A/C vents that add some contrast. Features like a 4-speed manual transmission would disappear when the Land Cruiser moved up-market, but for now, this one retains its off-road superiority. There's an AM/FM/CD/Bluetooth stereo in the dash, the A/C has been upgraded to R134a refrigerant, and there's a tilt steering column that makes it quite easy to get comfortable behind the wheel. Second-row space is impressive and the cargo bay is fully carpeted and opens with a unique two-way tailgate that makes for easy loading. There's also a full-sized spare with a matching cover, which is a nice touch.

Toyota's DOHC 4.2 liter inline-six is silky smooth and perhaps that's why it stayed in service for so long. It's quite tractable with the 4-speed manual transmission and pulls the big 4x4 around without seeming to work very hard. It's not fast, but you know it'll get you wherever you're going regardless of weather or terrain. It has been properly serviced all its life, and if you're familiar with Toyota Land Cruisers, you'll shrug off the mileage because you realize that if you take care of it, this sucker should run for a good, long time to come. The underside is clean, offering all the evidence that you need that a warm climate is where this SUV spent most of its life. The skid plates, axles, springs, and other hardware all look decades younger than they are and even the exhaust system looks pretty good even though it's older. Blacked-out wheels are properly-sized for the Land Cruiser and carry 265/75/16 BFGoodrich off-road radials.

The preservation on this Land Cruiser is really impressive, and for many of us, it offers just the right balance between luxury and capability. Call now! 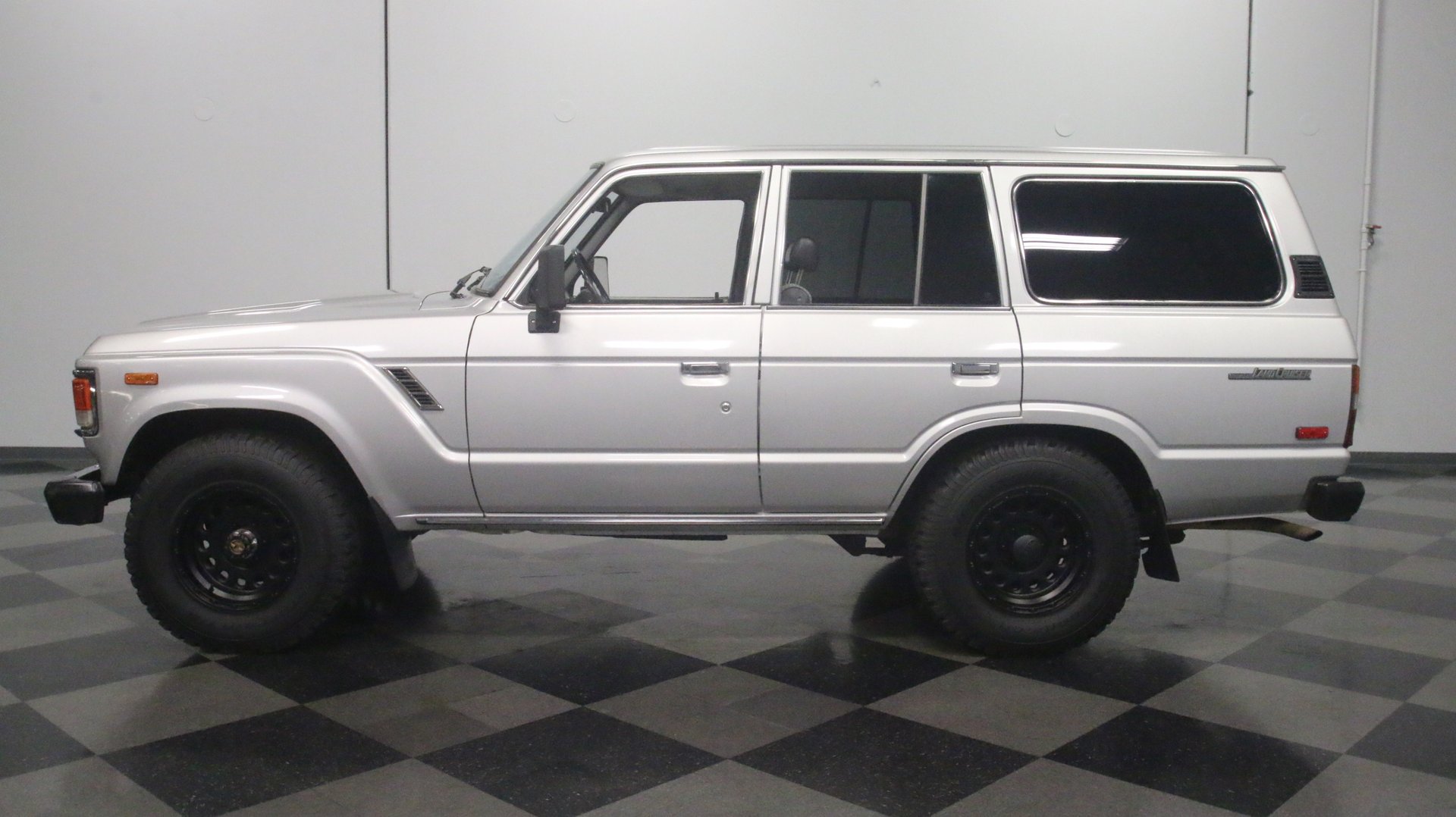