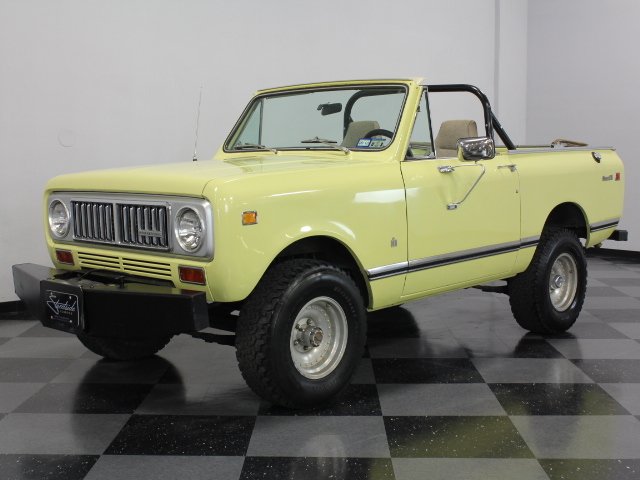 One of the original SUVs, the International Scout seems to live in the perpetual shadow of the Ford Bronco, but with a much bigger 345 cubic inch V8 and the same do-anything attitude, all at a much more affordable price, perhaps that's about to change. Take a look and you'll discover this is one heck of a nice truck.

The squared-off bodywork tells you all you need to know about International's intentions: this is a tool for a job, not a toy. But that doesn't mean it doesn't have its own particular appeal, especially when it's this nicely finished. You don't find many of these around, and far, far fewer have been restored this well, with super-straight sheetmetal covered by a subtle coat of light yellow paint that almost seems at odds with the truck's heavy-duty underpinnings. It does look good, though, and while you'll be proud to show it off at the local cruise night, you won't think twice about putting it in 4-wheel-drive and heading into the bush, either. Obviously someone else had that in mind when they put this IH together, because there's a massive winch and bumper up front with enough pull to get you out of almost any trouble.

The interior is surprisingly luxurious for an off-roader, but that's the International's advantage. Clean tan seat covers have cloth seating surfaces so they stay cool out in the sun, and carpets instead of rubber mats on the floor give it an upscale feel compared to the ubiquitous Bronco. The gauges are utility-vehicle simple, set into the dash behind lenses that are still clear. Other desirable upgrades include an AM/FM/CD stereo, cruise control, and an aftermarket A/C unit under the dash, plus a 3-speed automatic transmission with a mini console next to the 2-speed transfer case lever. The back seat is quite likely original, given its very 1974-looking brocade fabric, but it's comfortable for two buddies on a weekend fishing trip to somewhere inaccessible by ordinary vehicles. And for shelter, there's a folding top whose basic look is insanely appealing. And unlike a lot of the other serious off-roaders, there's plenty of storage space behind the back seat.

International built their own V8 engine for the Scout and stashed it under a cool forward-tilting hood that offers great service access. With 345 cubic inches, there's plenty of torque so it never feels like it's working hard. Still outfitted with all its factory equipment, including the original emissions controls which must be incredibly rare, it runs like it should with a great V8 rumble from the aftermarket dual exhaust system. Power steering and power disc brakes are nice to have in a truck with such massive tires, so its handles well on or off road and the axles and transfer case are ready to go with you anywhere. The chassis isn't detailed, but it doesn't look like it's been abused, either and you just won't find many this straight and clean. Rancho supplied off-road shocks and a mild lift, and the 31x10.5R15 off-road radials are big enough for fun but are civil enough for highway use.

An unusual, fun off-roader that most folks will appreciate for its many virtues. If you like going off the beaten path (literally and figuratively), then this is the truck for you. Call today! 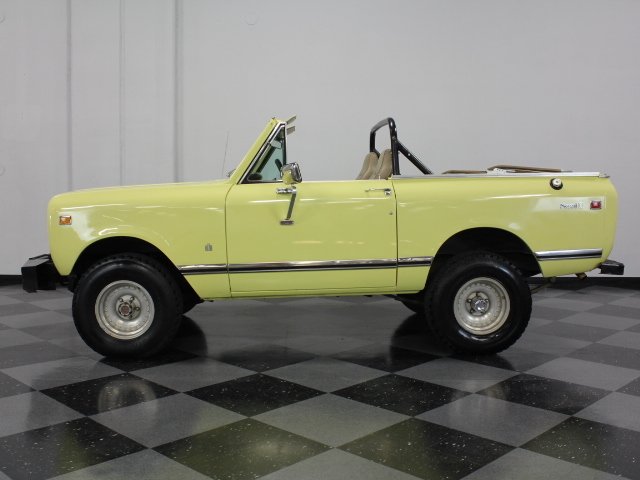