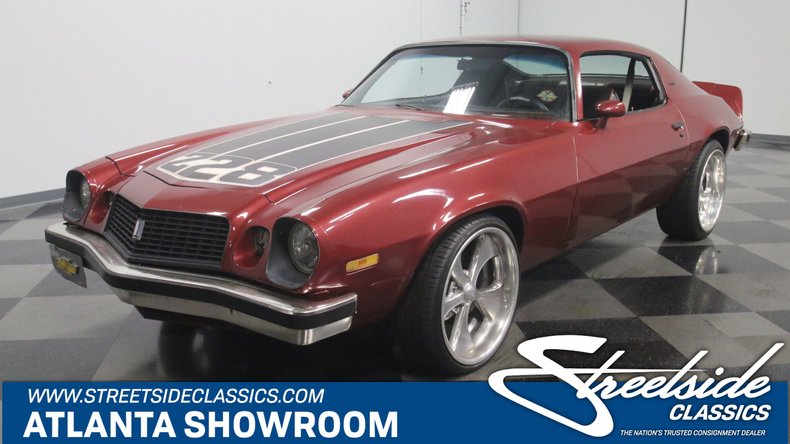 The second-generation Camaro got its first major facelift in 1974, mostly due to federal bumper requirements. However, there's no arguing that this 1974 LT doesn't still show clear Camaro DNA in its look, from the handsome burgundy paint to the performance-oriented interior to those very cool wheels. If you're a fan of the Camaro in the '70s, this car should make you sweat.

The biggest changes were the bumpers, which now had to be reinforced with a single beam running the width of the bodywork. That meant no more open grille, but Chevy designers were a clever lot and neatly integrated the new hardware into the look that gave it a fresher front fascia and redesigned taillights. This one has an older repaint that still looks good, and they brought it back to stock specifications. The clean, straight bodywork is highlighted by burgundy paint that's exactly the right shade: not too tomato-y and not burgundy. Correct stripes, complete with Z/28 graphic on the hood and rear spoiler and give it a very racy look to match its reputation. The revised bumpers are chrome, not body-colored as they would be in later years, so this 1974 model stands out from its siblings on both sides.

The black and red interior is either overkill or just right, depending on your point of view, but it's definitely racy. High-back buckets wear reproduction seat covers with red piping, the door panels are in decent shape, and the red carpets were probably replaced a few years ago when all the work was done. The steering wheel is OEM with an aftermarket wrap, so it feels beefy in your hands and we like the way the shifter for the 4-speed manual gearbox has matching red stitching. The gauges will look familiar to Camaro fans and still look good, and they're joined by a white-faced aftermarket temperature gauge under the dash. Interestingly enough, this Camaro carries options like a tilt steering column and factory A/C that blows cold thanks to an R134a refrigerant upgrade, plus a kickin' Kenwood AM/FM/CD stereo head unit powering a big subwoofer in the neatly finished trunk.

Powered by a small block V8, and the 350 cubic inch V8 in this one has been rebuilt using a 4-bolt main block with an .060 overbore, a Crane camshaft, and balanced rotating assembly, so it's tough. Up top, there's a Holley 4-barrel carburetor, an MSD 6AL ignition system, and a satin black Chevy dress-up kit. A big aluminum radiator with dual electric fans keeps everything cool and Chevy Orange paint on the block looks right. The aforementioned 4-speed manual transmission feeds a 10-bolt rear end and long-tube headers work with an X-pipe and Flowmaster mufflers to give it a wicked sound. The floors are shockingly clean, showing no rust or signs of replacement and the frame has been detailed to match the engine bay. Beautiful 20-inch Boyd Coddington wheels make a statement but somehow don't look out of place on this Camaro, and they carry 245/30/20 front and 255/35/20 rear performance radials.

This is one of those cars that's just built to enjoy without worries. If that appeals to you (and why wouldn't it?), then there aren't many better-driving 1974 Camaros available anywhere. Call today! 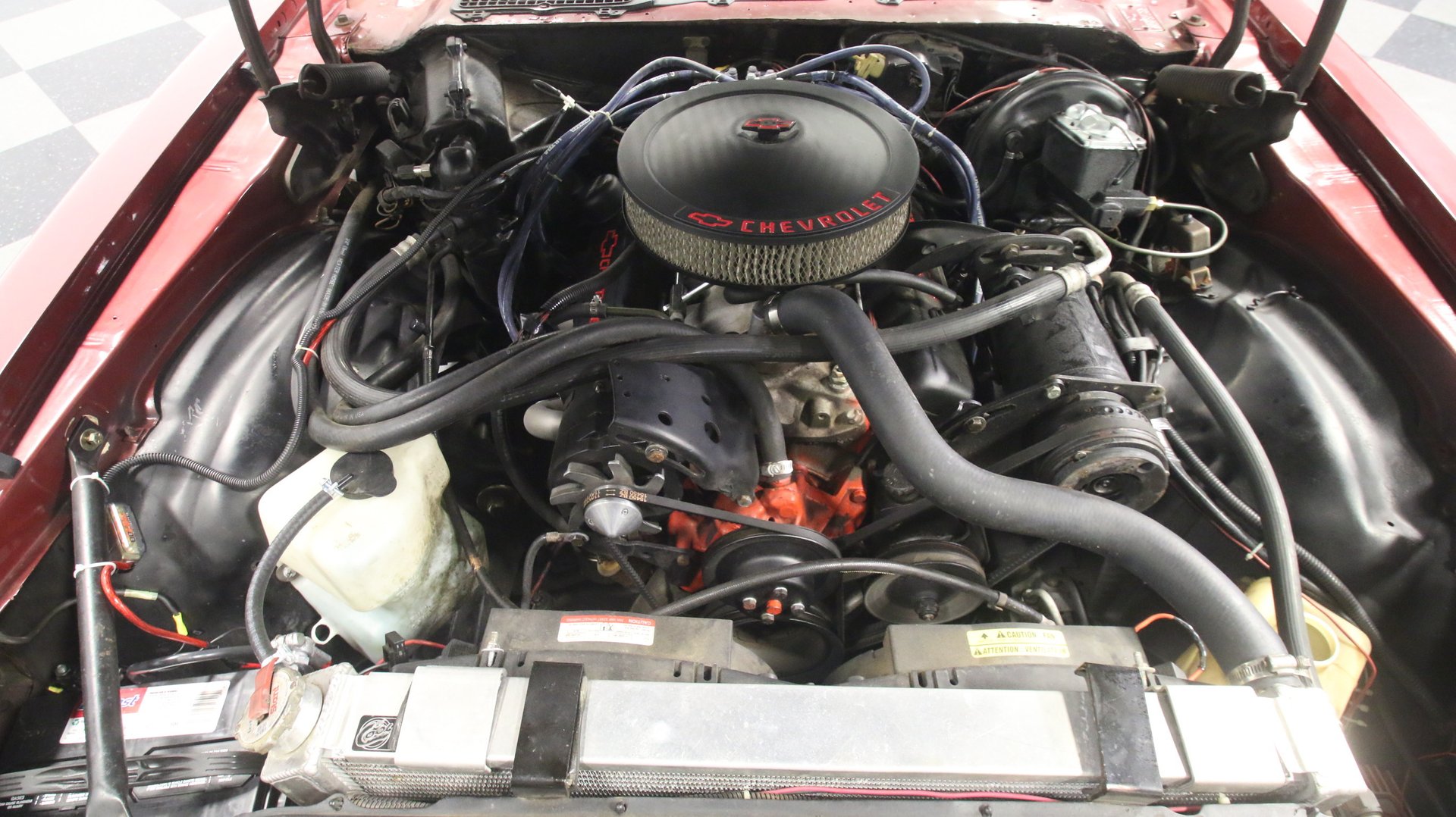