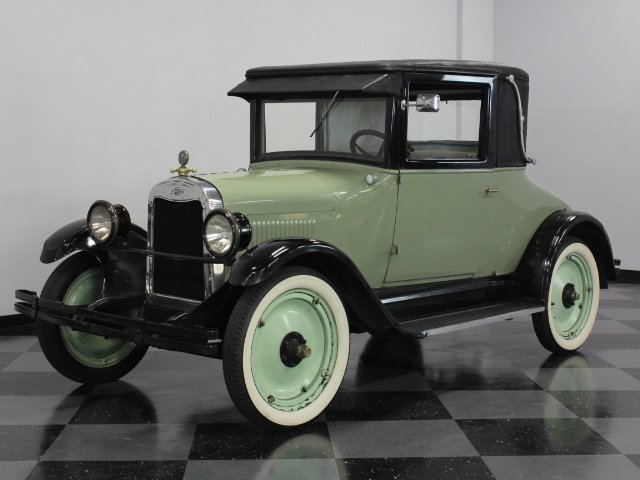 Yes, Ford and Chevy have been duking it out since the very beginning, but in 1925, it looked like Chevy had the upper hand with cars like this tidy little Superior K coupe. Although it was a bit more expensive, the Superior K was far more polished than the Model T, plus it offers a superior overhead-valve engine, upscale looks, and peppy performance on the road.

The restoration is quite a few years old, but that's a big part of this little Chevy's charm. Cars like this don't need to be shiny and perfect, and in fact, the way it looks today draws people to it in a way that perfection just couldn't. They like the way the paint has a soft shine and a look of history about it, as if it could be original and with 90 years of stories to tell. It looks honest like most cars of the '20s seem to, and while the Chevy was still an affordable everyman's car, they managed a few upscale touches. Ford was painting everything black, but this Chevy gets a two-tone treatment that looks far more expensive. Most cars of the period also had painted radiator shells, but the Chevy's was plated-nickel when it was new and low-maintenance chrome today. Bumpers were an optional extra but a welcome addition, and the rear-mounted spare is just what everyone expects from an old car. For safety, a pair of extra brake lights was installed out back and there's a Boyce moto-meter on the radiator to keep an eye on temperatures.

The interior is as simple and plain as they come, but in 1925, even the simple stuff was beautifully made. Vinyl on the seat isn't authentic, but it does wear like iron and works with the car's blue-collar demeanor. The simple door panels may very well be original, which would be a remarkable feat, and the big wood-rimmed steering wheel is mandatory for the unassisted steering, although an accessory "suicide knob" is included. Chevrolets had more comprehensive instrumentation than the Model T, including functional ammeter and oil pressure gauges and a speedometer in the center of the dash. It's easy to get the hang of driving it, since it starts easily and the shift pattern is typical, although you'll need to brush up on your double-clutching technique.

The engine is a 171 cubic inch inline-four making a rather modest 26 horsepower, but that was 30% more than the Model T, no small feat from fewer cubic inches. Owned by a mechanic, this Chevy is in excellent mechanical condition, ready to drive at a moment's notice and confident out on the road. Assisted by an electric fuel pump, it starts easily and settles into a burbling idle that has the eagerness of a puppy. The block wears incorrect bright blue paint, but that also means that service has been regular and comprehensive and someone cared about keeping it in top shape. In 1925, the clutch and rear end were upgraded on the Superior K models, remedying the primary complaint about earlier models, although it still relied on rear-wheel-only brakes. Handsome disc wheels were a Chevrolet trademark throughout the '20s, and it wears dashing 4.40/4.50-21 wide whitewall tires.

Outfitted for touring and complete with manuals and books on operation, this Chevy is a great entry-level car that's not a Model T, which is perhaps its biggest selling point. Call today! 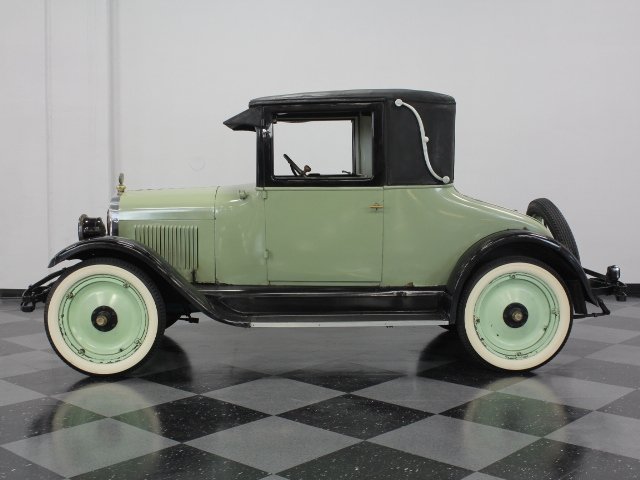