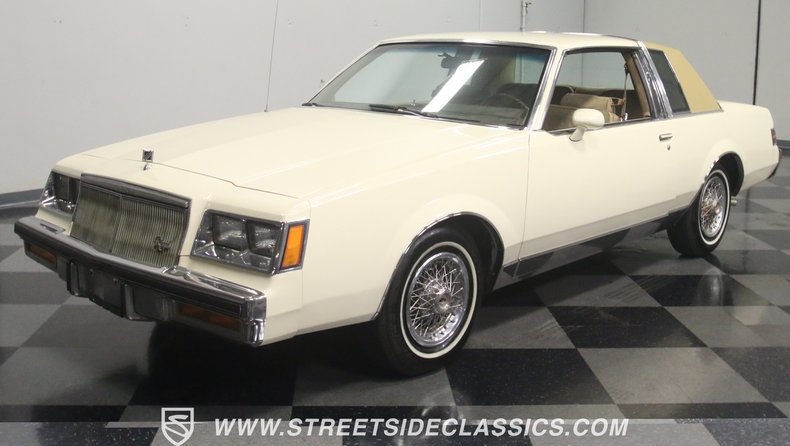 In the 1980s, these Buick Regals were ubiquitous on the streets, but when was the last time you saw one? Offering a handsome color combination, a familiar 3.8 V6, and incomparable '80s luxury, this 1985 Buick Regal Limited is an awesome throwback to a simpler time that's very attractively priced.

The books call this "Cream Beige" and it's a subtle shade of light yellow that looks very upscale on the crisply folded Regal sheetmetal. These were really good looking cars back in the day, offering both a formal roofline and sporty long hood/short deck styling that really worked well. The paint is a respray that was done a few years ago, and it's probably better than the original stuff would look today. Sure, it's been driven, but there's very little evidence of it and you'll be pleasantly surprised by just how good build quality was in 1985. Those big doors close with ease and thanks to healthy rubber weather seals, the interior is as quiet as a tomb. The vinyl half-roof adds some formality, and after seeing all those blacked-out Grand Nationals at every show, this one proudly wears a ton of chrome, all of which remains in very good overall condition.

The interior is in fantastic condition. It appears to be almost entirely original, but it's obvious that someone took exceptionally good care of it throughout its life. It's almost impossible to see where anyone's posterior has been, because the driver's seat is firm, the steering wheel is like new, and there's not even a little depression where you'd rest your elbow on the center armrest. The carpets show some minor wear that's probably inevitable on the deep pile they used in '85, and the burled walnut appliques actually look pretty convincing. Options include power windows and locks, factory A/C (needs to be serviced), a tilt steering column, cruise control, and an AM/FM/cassette radio that's probably due for an upgrade since it powers up but doesn't play. You also get a giant trunk that includes the original mouse fur mats as well as a pair of spare tires, one full-sized and one space-saver (we don't know why).

Buick's indestructible 3.8 liter V6 provides plenty of grunt in the upscale Regal and is as silky smooth as you'd expect. It has been properly maintained, so everything works like it should and the car starts, idles, and runs very much like it's 1985 all over again. It's not detailed for show, but it is tidy and you could clean it up to really make a difference without a lot of effort. Given the bulletproof reliability of Buick's 3.8, you can drive this car with confidence just as you might have in 1985. The 4-speed automatic transmission shifts beautifully and the tall overdrive and highway gears out back make this a super highway cruiser ready for a road trip. There's a brand new exhaust system that features twin tailpipes and a hushed muffler, and while there's a bit of surface scale, this is a very solid car. Factory wire wheel covers are the right choice and it sits on 205/75/14 whitewall radials, as original.

This is a car with a lot of potential to go any way you'd like, even if that's just keeping it the way it is and reliving 1985. Call today! 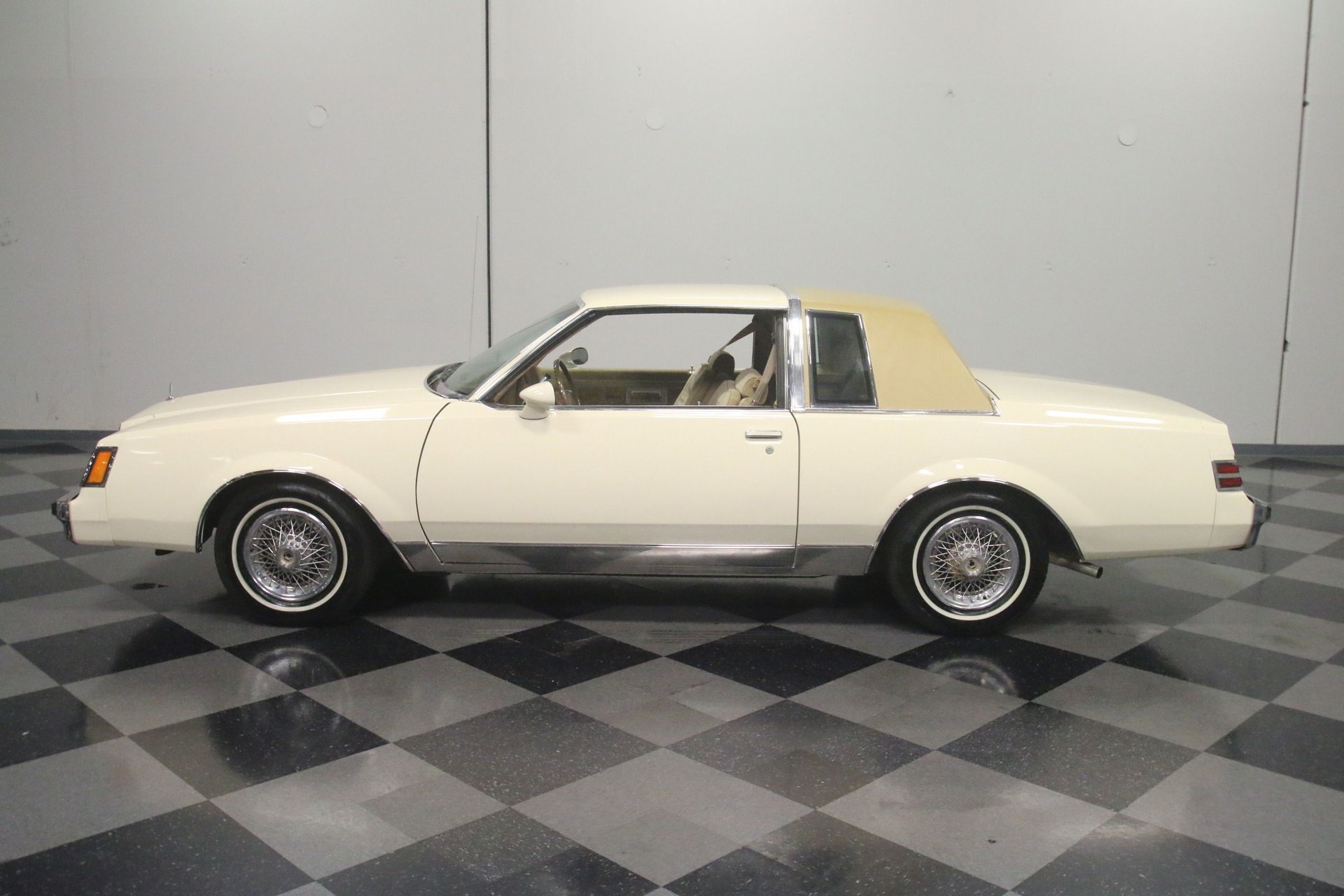