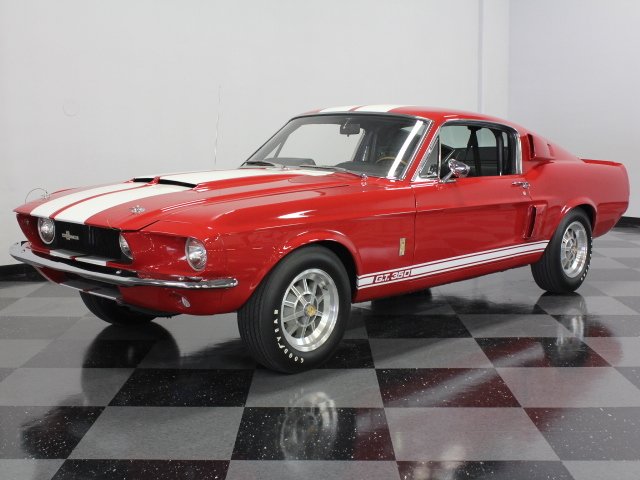 Few cars get collectors as excited as Shelby Mustangs, and this 1967 Shelby GT350 has an impressive resume. Fully documented and freshly restored by a Mustang Club of America Gold Card judge and carrying a date-code-correct engine, original trans and rear end, it also includes a date-code-correct Paxton/Shelby supercharger that has been on the car for at least 33 years. Wow!

According to the Marti Report, this car has been fully restored to factory specs, making it one of only 172 Shelby GT350s painted Candyapple Red in 1967. The first-class restoration was done to the standards you'd expect on a car with this one's credentials. Fit and finish are beyond what Shelby managed in 1967, with modern two-stage urethane that has that impossible show-ready shine that Shelby's guys could have never imagined back in the '60s. The fiberglass hood and deck lid fit superbly, the stripes are straight enough to have been laid down with a laser, and the Shelby-specific details like the wide-set driving lights, scoops in the quarters and sail panels. Bright chrome bumpers, correct GT350 badges and stripes on the rockers, and all the other pieces that make a Shelby so special are all outstanding.

Shelby stuck to the performance aspect of the car, but the Mustang interior was already a great place to do some serious driving. Fully restored with new seat covers, fresh carpets, and door panels that haven't had an elbow rested on them yet are all parts of an award-winning passenger compartment. A woodgrained steering wheel adds the European flair that Shelby was aiming for, along with a pair of Stewart Warner auxiliary gauges under the dash. Carroll Shelby himself has signed the dashboard, and with his sad passing recently, you won't be seeing that famous signature anymore. It also received a roll bar and shoulder harnesses from Shelby, so it's ready to rock on the street or track, and the fold-down rear seat was a favorite among racers, allowing them to stash their slicks in the spacious cargo bay. Today, it's covered with a correct mat and full-sized spare tire on a matching 10-spoke wheel.

While it's impossible to say an early Mustang is "numbers-matching" this Shelby has a date-code-correct motor with the original trans and rear end. Stroked to 331 cubic inches, it's already a potent piece, but the date-code-correct supercharger takes it to an entirely different level. It's quite possible that the blower was dealer-installed, as it has been on the car for more than three decades and all the numbers line up properly (it's three months older than the car). It also packs its original 4-speed gearbox and 3.89-geared Track-Lok rear end, and all of it has been restored for competition. During the restoration, they were especially careful to get all the little stuff right, so the manifolds, front cover, harmonic balancer, and all the other ancillary gear is correct for this car. And it goes without saying that it has been exceptionally well detailed to the highest level, making for a very impressive presentation. The best 10-spoke repos (even have the tapered spokes) and wear fresh E70-15 Goodyear bias-ply rubber just like the day it was driven off the lot.

Documented with order forms, invoices, window stickers, and a Marti Report, plus the confidence that comes from the Shelby Registry's records, this is a blue-chip Shelby that's also a total blast to drive. Call today for all the amazing details! 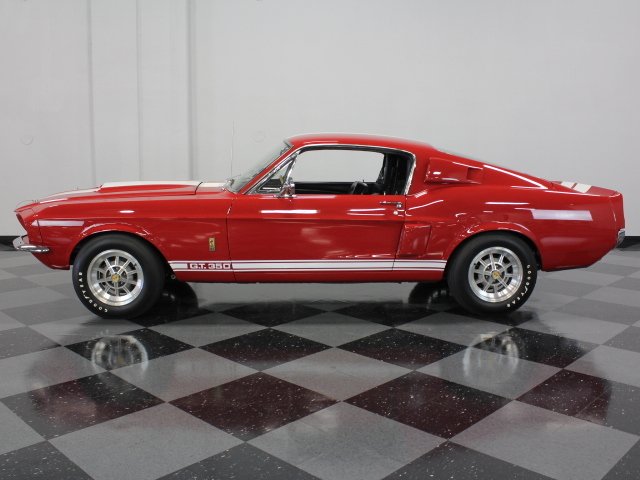