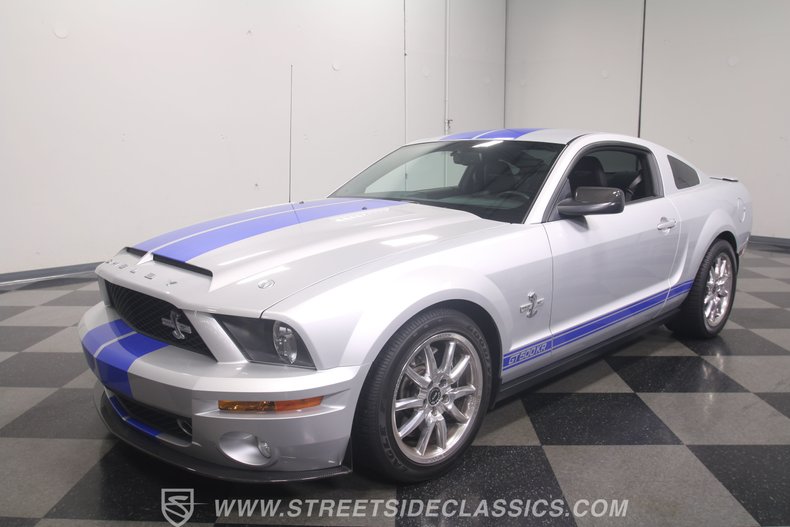 In the world of Mustangs, few are as legendary as the Shelby GT500KR. Everyone knows that KR stands for “King of the Road” which was Shelby's way of stealing GM's thunder, as they were planning a Camaro with just such a name. So when the new Shelby GT500 debuted, it was only a matter of time before the KR showed up once again. With just 1000 built in 2008, they're a guaranteed collectable now and in the future.

The KR package added a few styling cues that are instantly recognizable, including the twin-snorkel hood that reaches almost to the nose of the car. It's rumored that this hood alone costs $20,000 to replace, but that's understandable since it's 100% carbon-fiber and includes trick twist-lock hood pins. It also helps explain the KR's staggering $120,000 sticker price, making this one some kind of insane bargain at half the price. With just 10,450 original miles, it's definitely in collector-grade condition, used just enough to keep it healthy but obviously never used as a daily driver or even in inclement weather. The paint is slick silver and even with the traditional blue stripes on this particular KR, it keeps a relatively low profile, sneaking under the radar until you drop the ... Please ask for the full description. 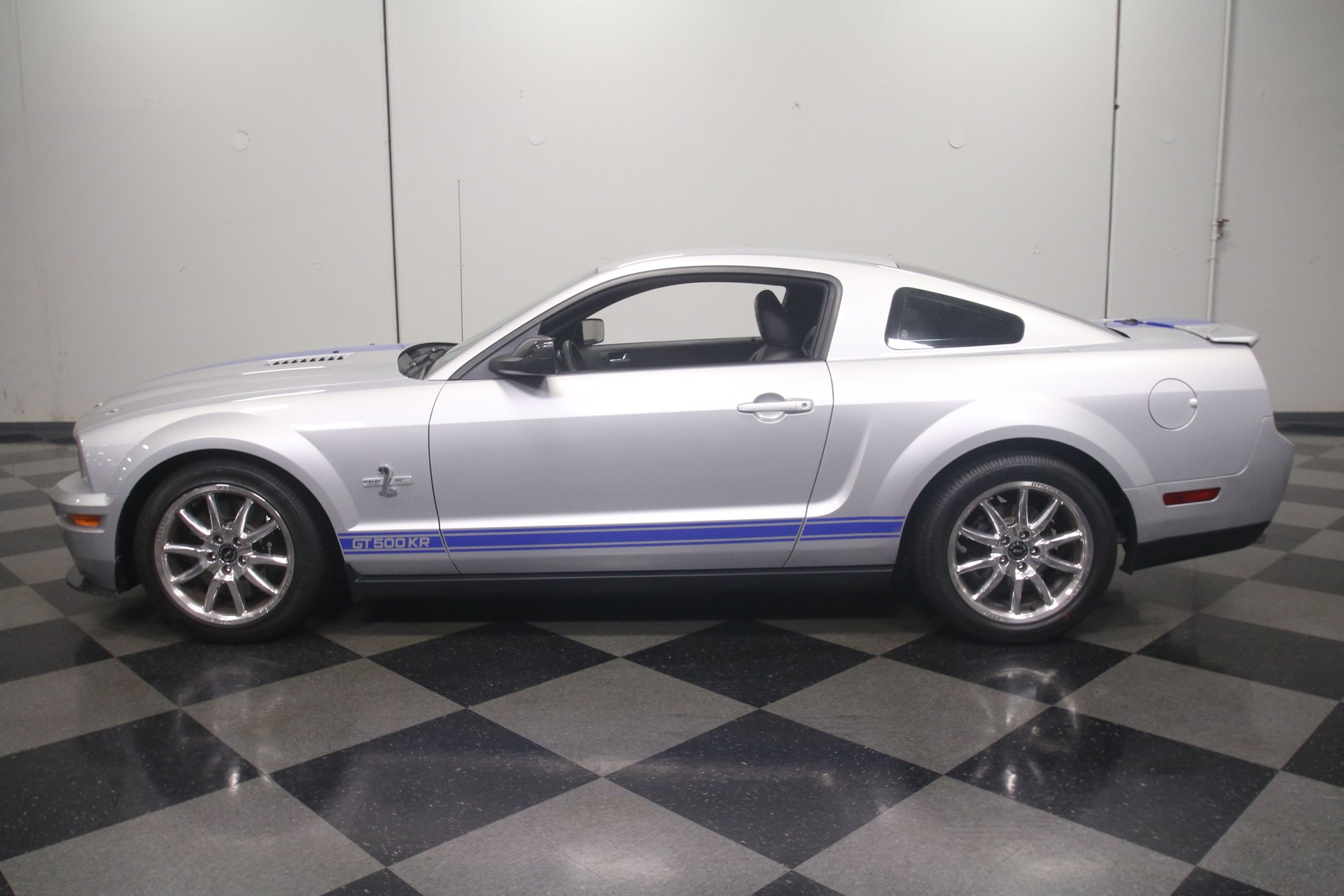