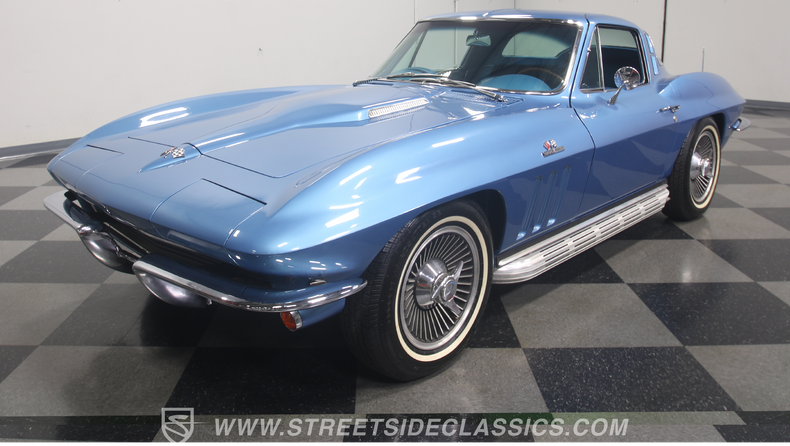 If you look through our inventory, you'll see that Streetside Classics is quickly becoming Sting Ray Central. We have a lot of cars at all price points, but if you're looking for a great mid-year coupe, please take a good, long look at this 1965 with a thumping L78 396/425 under the hood and a high quality restoration that was built to enjoy.

Refinished just a few years ago in lovely Nassau Blue, this fantastic big block coupe has a long list of fresh components and extensive restoration behind it and it shows. Using two-stage urethane, they captured the original Nassau Blue quite well and it shows off solid fiberglass bodywork, excellent gaps, and sharp details. It's both aggressive and sophisticated, which is perhaps where the Corvette is most comfortable, although with side pipes it's hard to disguise the fact that this was one of the most potent cars on the street in 1965. The list of new equipment includes all the emblems, the rear bumpers and taillights, door handles, and the flip-up gas cap, all of which remain in as-new condition.

The list of new gear inside is even more extensive, starting with the bright blue seat covers, which replace the original stuff exactly. New foam underneath makes them as comfortable as they look, and with only gentle use since the work was completed, they have that perfect lived-in look that makes old 'Vettes so appealing. Of course, they didn't stop with just seat covers, this car received new door panels and hardware, fresh carpets and padding, and a new dash pad. All the knobs and handles, including those on the original AM radio, were replaced, and the gauges show bright markings including the tach with towering 6500 RPM redline. To be honest, there's more that's new inside than old, and they didn't miss anything, including the clock, which was rebuilt.

The L78 was a one-year-only engine that remains one of the real miracles of GM performance engineering. Since GM didn't want engines larger than 400 cubes in anything other than a full-sized car, the L78 396/425 was developed using a lot of unique parts that were never seen again. A 4-bolt main block, "porcupine" cylinder heads, and a rather aggressive cam that permits that 6500 RPM redline. This engine carries a correct IF suffix code, March 1965 casting date, and 3855962 block, strongly suggesting that it's the car's original piece. It was rebuilt and beautifully tuned so it's a runner, not just pretty, and thanks to the side pipes, this one cackles and barks like a full-race piece. It also looks fantastic with its round air cleaner, plain valve covers, and trick exhaust manifolds that resemble a shorty header. Although it's tough to see from above, all the little stuff is new, including the distributor, radiator, alternator, master cylinder, and the windshield wiper motor. Underneath, it's backed by a rebuilt Muncie 4-speed and a correctly restored chassis with all the right parts. Correct 15-inch knock-offs now wear 215/75/15 whitewall radials, which recreate the original look.

Fully sorted and with enough new components to open an auto parts store, this is a Corvette you can drive anywhere with confidence. It's also beautifully finished, making it a great choice if you want to experience all that the Corvette hobby has to offer. Call today! 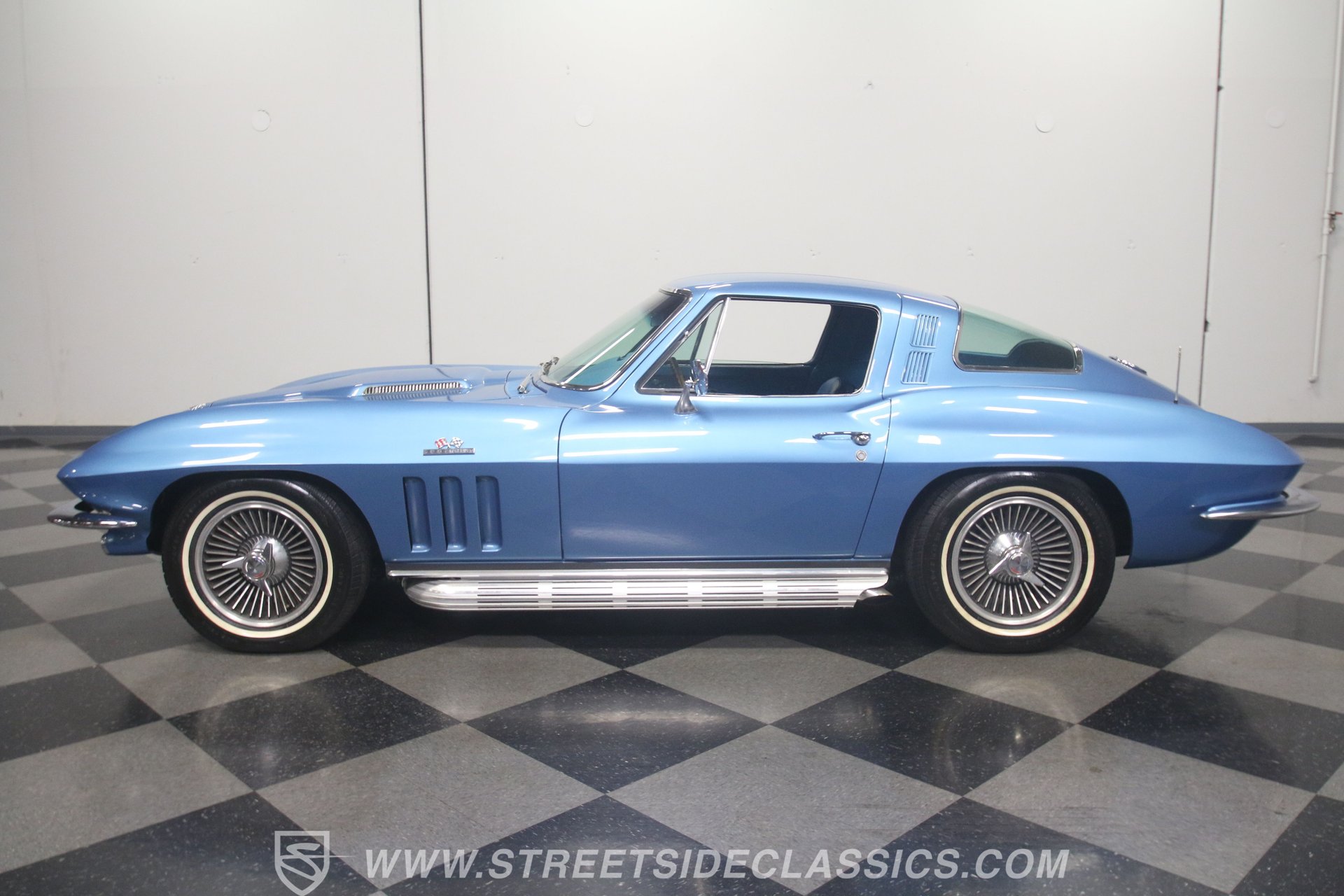