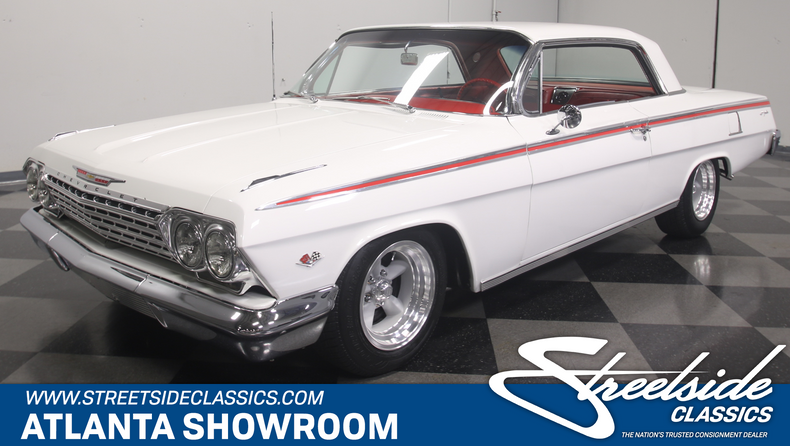 In 1962, one of the hottest cars on the road was Chevy's Impala, whose clean lines, hardtop styling, and wide variety of powertrain options made it incredibly popular. This gorgeous white over red Impala brings the ideal color combination to the table, plus a fresh small block crate motor, creating one spectacular piece of early-60s muscle.

The paint job was done about five years ago, but you'd never know it by looking at it, even up close. You know that white is pretty forgiving on old cars, but the guys who did this car took the time to get it right and it still looks deep and shiny with almost no evidence of either time or wear counting against it. Underneath that white paint you'll also find some ultra-straight sheetmetal, a mandatory part of the formula on an old car with quarter panels that big, and it appears that all the steel is factory-issue. It's also nice to see a genuine Impala hardtop that hasn't been dressed up like an SS clone or stuffed with a truck-based 409, but instead presents itself as an honest, clean cruiser with a ton of charisma. The chrome and stainless looks great, with a soft shine befitting its age and status, and that bright red insert on the side trim ties it all together perfectly.

Bright red is always the right choice with black bodywork, a dynamic combination that will never go out of style. It appears that much of the interior is new, including the bucket seats, carpets, and door panels, all of which look straight out of 1962. The dash features a bright engine-turned trim strip that echoes the exterior trim, and the auto industry's infatuation with aviation continues with the control levers for the ventilation system and a very stylish steering wheel with lots of chrome. The column shifter now manages a TH350 3-speed automatic in place of the original Powerglide, and an upgraded radio lives in the center of the dash so you can drive it anywhere without feeling like it's a hardship. And while you're marveling at the size of the trunk, please also take a moment to note that it is solid and entirely rust-free, just like the rest of the car and comes complete with a proper mat set and full-sized spare tire assembly up on its own shelf.

The engine is a fresh 350 cubic inch crate V8 that looks right at home in the '62's engine bay. There are about 2500 miles on the build, so it's quite clean, and they dressed it up without going overboard. Aluminum valve covers, a chrome air cleaner, and a minimum of frills give it a simplicity that's sorely lacking in today's cars. Even better, it looks right and runs great, with plenty of power in the relatively lightweight Imp. Upgrades include a power dual master cylinder for safety, an alternator (Chevy was still using generators in 1962), and an awesome-sounding Flowmaster dual exhaust system. Power steering and brakes are a good idea in a vehicle the size of the Impala, and the stock suspension still rides like a luxury car despite the 3-inch lowering springs that give it a wicked stance. 15-inch Torque Thrust wheels wear fat blackwall radials that emphasize the awesome bodywork.

Look around, but I doubt you'll find a better looking, better running Impala hardtop than this for less money. Call today! 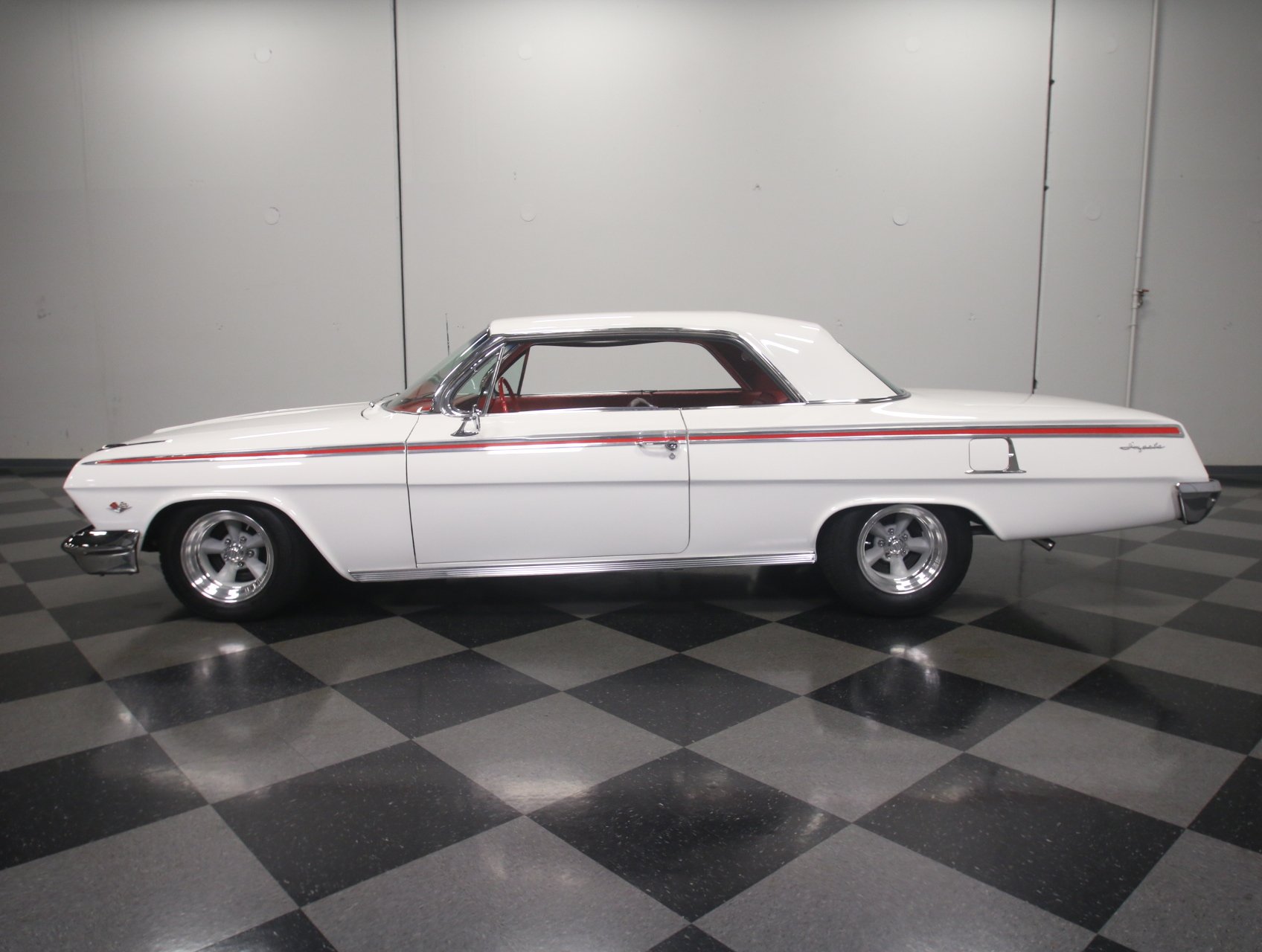