×
back
1976 Pontiac Firebird Trans Am 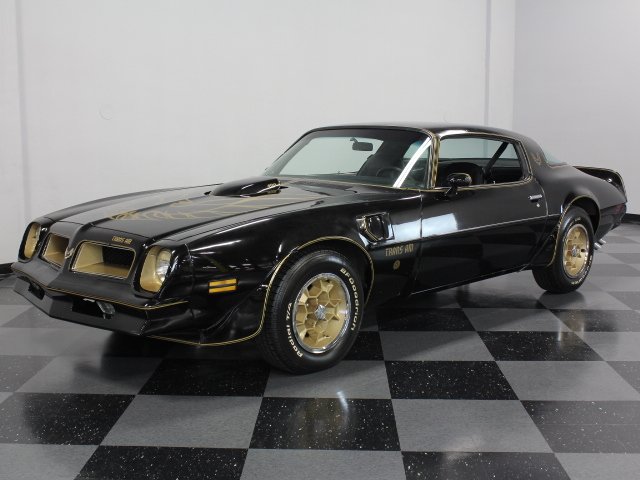 Let's answer your first question: this 1976 Pontiac Trans Am 50th anniversary model is celebrating 50 years of Pontiacs, not 50 years of Trans Ams or Firebirds. Secondly, this is the car that started the iconic black and gold paint scheme. Only 1628 were built in 1976, making it rather rare today. We have the original build sheet to prove authenticity for this one too.

With just one repaint in its past, this Trans Am has obviously been treated like an object of value its entire life. The look is instantly identifiable as a Pontiac Trans Am, but compared to some of the later version, this one seems rather tame. The black paint was refinished a few years ago and shows a few signs of use, but really presents well overall. Never wrecked or patched back together, the doors fit quite well, and while some of the early cars had Hurst Hatch T-tops, you're really better off without them since they were prone to leaking (hence the reason they were discontinued). All the gold stripes and decals were replaced, including those that were originally designed to frame the Hurst Hatch panels, and I particularly dig the gothic-looking 'TRANS AM' decal on the rear spoiler. All the urethane body parts are in excellent shape, too, so the guys who did the repaint definitely knew what they were doing.

Inside, the gold and black theme continues, with the most dramatic element being the gold anodized dashboard. Still engine-turned like many of the other famous models, it definitely makes a statement, especially with the matching gold anodized steering wheel spokes. Black bucket seats are standard Trans Am fare, and for originals these are in simply spectacular condition. The same goes for the carpets, which have been protected by matching carpeted mats, and the door panels that show only modest signs of age. All the instruments are crisply marked without any of the usual age-related fading and cloudy lenses, and as an anniversary model, this T/A came loaded with factory A/C, power windows, and a tilt column. The only noteworthy upgrade is an AM/FM/CD stereo in the original slot, and it fits so neatly that it almost looks like it was born there. The trunk is true survivor-grade, with the original carpeted mat and inflatable space-saver spare that has survived the decades intact.

The base engine in 1976 was still Pontiac's mighty 400 cubic inch V8, which was still putting out the kind of horsepower and torque that made the Trans Am a legend in its own time. That big hood scoop is functional and was probably intimidating as hell in 1976, and the big V8 rumbles with an authoritative bark that acts as an additional warning. The engine still wears its original Pontiac Turquoise paint and all the details are pretty much untouched, although it has received proper maintenance over the years. It starts easily and runs superbly, the way only truly original cars can. It's backed by a TH350 3-speed automatic transmission and the stock rear end, which is full of towering 2.41 gears on a Posi, so it just loafs along on the highway. It's pretty tidy underneath for being nearly 40 years old and nothing says Pontiac louder than those beautifully preserved honeycomb wheels, which now wear 225/70/15 BFG radials.

Fully documented with a build sheet and owner's manual, this is an unusual collector's item that still stands out as an icon. Call today! 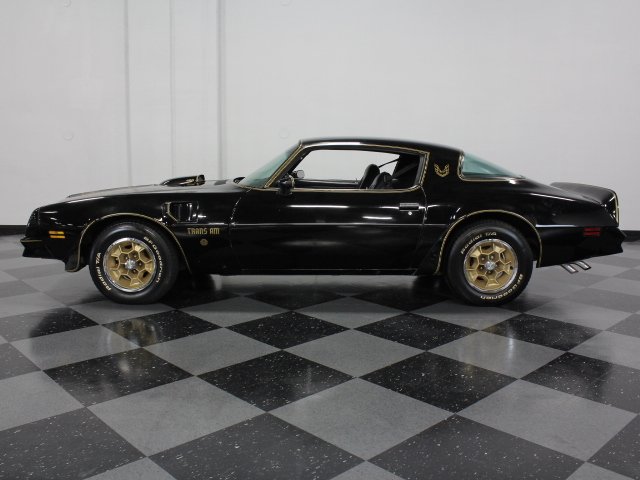