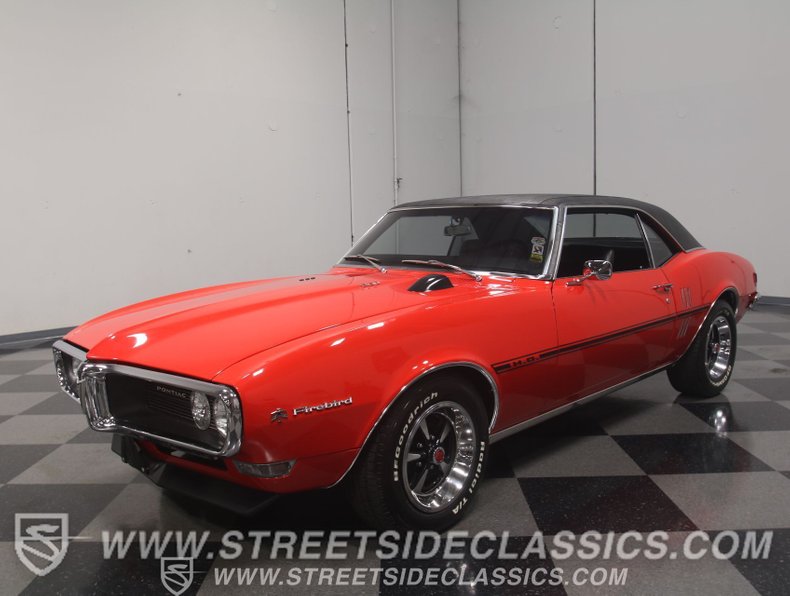 This slick 1968 Pontiac Firebird is original where it counts (looks and power) with upgrades where necessary (suspension and brakes). The result is a fantastic red-on-black F-body that can dance with much newer machinery.

The first-generation Firebird is already a slam-dunk in the styling department, but cloaking it in brilliant paint takes it to a whole new level. Fortunately, the steel on this car was up to the challenge, and as a clean southern car, it apparently needed no major surgery and the integrity of the factory build is pretty much intact. In fact, it might even be better than new, thanks to the ministrations of a group of professionals who smoothed, aligned, sanded, and buffed the bodywork to give you the fantastic machine you see today. The two-stage red urethane looks racy, but it couldn't pull that off without the cool decals and stripes down the flanks advertising that this is the H.O. model. Better still, all the factory badges and markers were left intact, ranging from the Firebird logo on the front fender, to the small '400' badges on the hood scoop, to the ultra-cool Pontiac shield side marker lights out back. And yes, that's a hood tach, one of the coolest accessories ever! Add in a nicely done black vinyl top, a chin spoiler, and a set of glittering chrome bumpers, and you have one awesome-looking Poncho.

Like the bodywork, Pontiac got the Firebird's interior right, so there wasn't much call to reinvent the wheel during the build. The stock buckets were given fresh seat covers, and this one wears optional headrests, which became mandatory in 1969. The original gauges remain in the dash, joined by a quartet of aftermarket dials neatly installed in a panel under the center stack. A Grant GT steering wheel is a bit smaller and fatter than the original thin plastic Firebird piece and a later Pioneer AM/FM/cassette stereo system lives in the dash. A slick B&M shifter manages the TH350 3-speed automatic transmission, ensuring that you'll never hit it wrong again, and the factory A/C blows nice and cold thanks to modern hardware working behind the scenes. A black carpet trims the carpet neatly, helping with the upscale vibe.

In the horsepower department, the Firebird got a heart transplant that delivers power and reliability in equal measure. It's a ZZ4 Chevrolet crate motor, measuring in at 350 cubic inches and 355 horsepower. With an Edelbrock carburetor on top, an aluminum intake manifold, aluminum heads, and an HEI distributor, it's a fantastic runner and bulletproof reliable. It's also neatly dressed with ball-milled valve covers and a matching air cleaner, plus red plug wires for a bit of flash. It's backed by the aforementioned TH350 3-speed automatic and a 10-bolt rear end. Fortunately, the brakes have been upgraded to four-wheel discs, and the exhaust system features long-tube headers and a set of rumbling Flowmaster mufflers for an awesome soundtrack. A set of Pontiac Rally II wheels certainly don't hurt and look awesome on the vintage F-body, wearing staggered 215/70/15 front and 245/60/15 rear BFGoodrich T/A radials.

This Firebird is everything that's great about the F-body: good looks, impressive acceleration, and nimble handling. Call today! 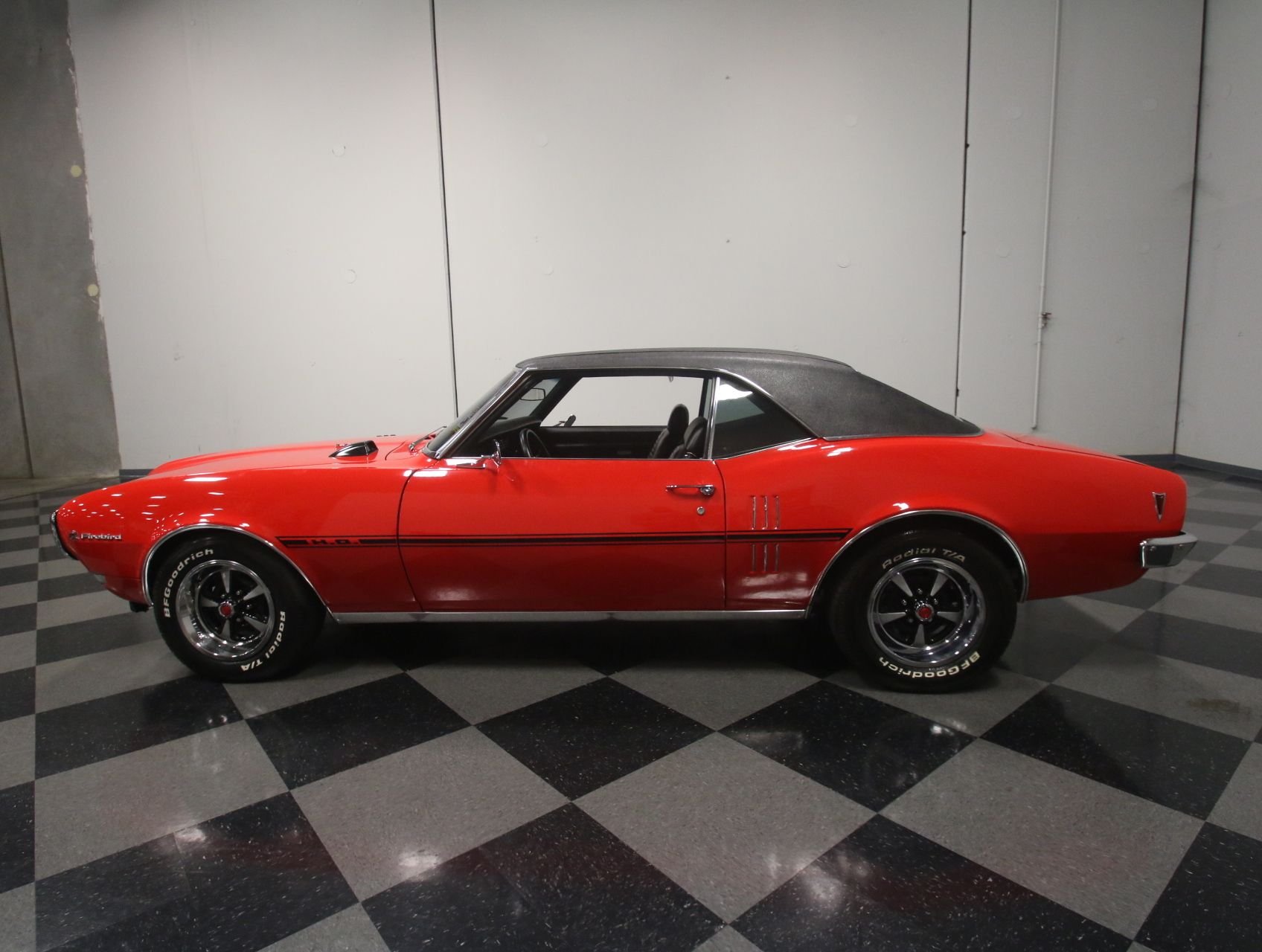