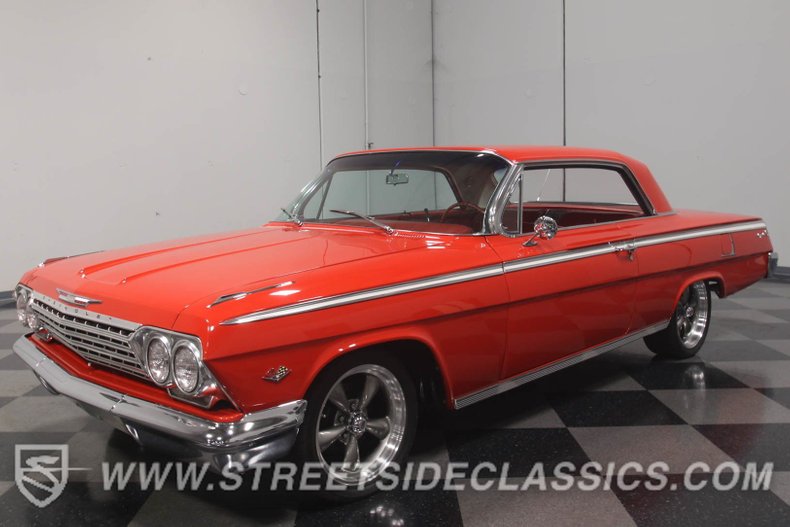 Early '60s Impalas remain a staple of the old car culture. Showing up in this 1962 Impala hardtop instantly earns the driver respect as both a guy who appreciates performance, but also with impeccable taste. Offering great colors and a smart-running 350 cubic inch V8, it remains as big a status symbol today as it was back in '62.

Code 923 Roman Red was extremely popular in 1962, and even though the Impala was a grown-up's car, it didn't necessarily have to keep a low profile. It's a fantastic color that looks awesome on the Impala and remains a crowd favorite year after year. It was repainted about ten years ago, and they addressed any major deficiencies in the bodywork, so it remains extremely nice with only a few minor blemishes simply from being driven. Check out the crease that runs from nose to tail and its unbroken line that continues uninterrupted from panel to panel, as well as the contrasting white trim that angles upwards from the same point. That's just plain cool. There's also a contrasting silver tail panel that frames the Impala's triple taillights, plus some nicely restored bumpers that add a bit of flash to the subtle overall look.

The beautifully upholstered red interior delivers on the Impala's promise of luxury with your performance with cloth inserts on the seats and beautiful colors. There's not a lot of wear or use inside, which suggests both quality materials and expert care since it was completed, and even the steering wheel looks great after all these years. The instrument panel is pure 1960s sleek, with a wide speedometer and smaller round dials underneath, and not a trace of any faux wood anywhere to be found. In true performance fashion, they added a tachometer on the steering column, but it otherwise appears quite stock. The button-tufted door panels are some of the most attractive to adorn any car of the era, regardless of price, and the engine-turned panels on the dash are beautifully preserved. It's somewhat light on options, but the original AM radio is still in the dash powering a rear speaker and floor mats have been installed to protect the matching red carpets. In back, the trunk is properly finished with spatter paint and red carpeted mats, as well as a full-sized spare tire up on its own shelf.

The smart-running 350 cubic inch crate motor provides good power and an effortless ease that epitomizes cruising in an early Impala. The air cleaner says it's a 327, just as a nod to authenticity, and it's just beautifully detailed bright Chevy Orange paint, lots of chrome, and great attention to detail. There's an Edelbrock intake manifold and 4-barrel carburetor on top plus an HEI distributor, but the rest remains fairly stock. Power steering is a welcome upgrade on a car this size and an alternator replaces the original generator for reliability and better power output. Stock ram's horn exhaust manifolds dump into a recent dual exhaust system with glasspack-style mufflers that give it a mellow soundtrack. The undercarriage is probably in original condition, but with that in mind it's quite nicely preserved with a dusting of undercoating to keep things tidy but without hiding any of the details. A 700R4 4-speed automatic transmission feeds a set of 3.55 gears in the rear end, making this a car that's just built for long road trips. Torque Thrust wheels are a classic look, but the car takes on a wicked stance with 17s up front and 18s in back.

This Impala represents a lot of car for the money and with an attractive color combination, it'll definitely stand out in a crowd. Call today! 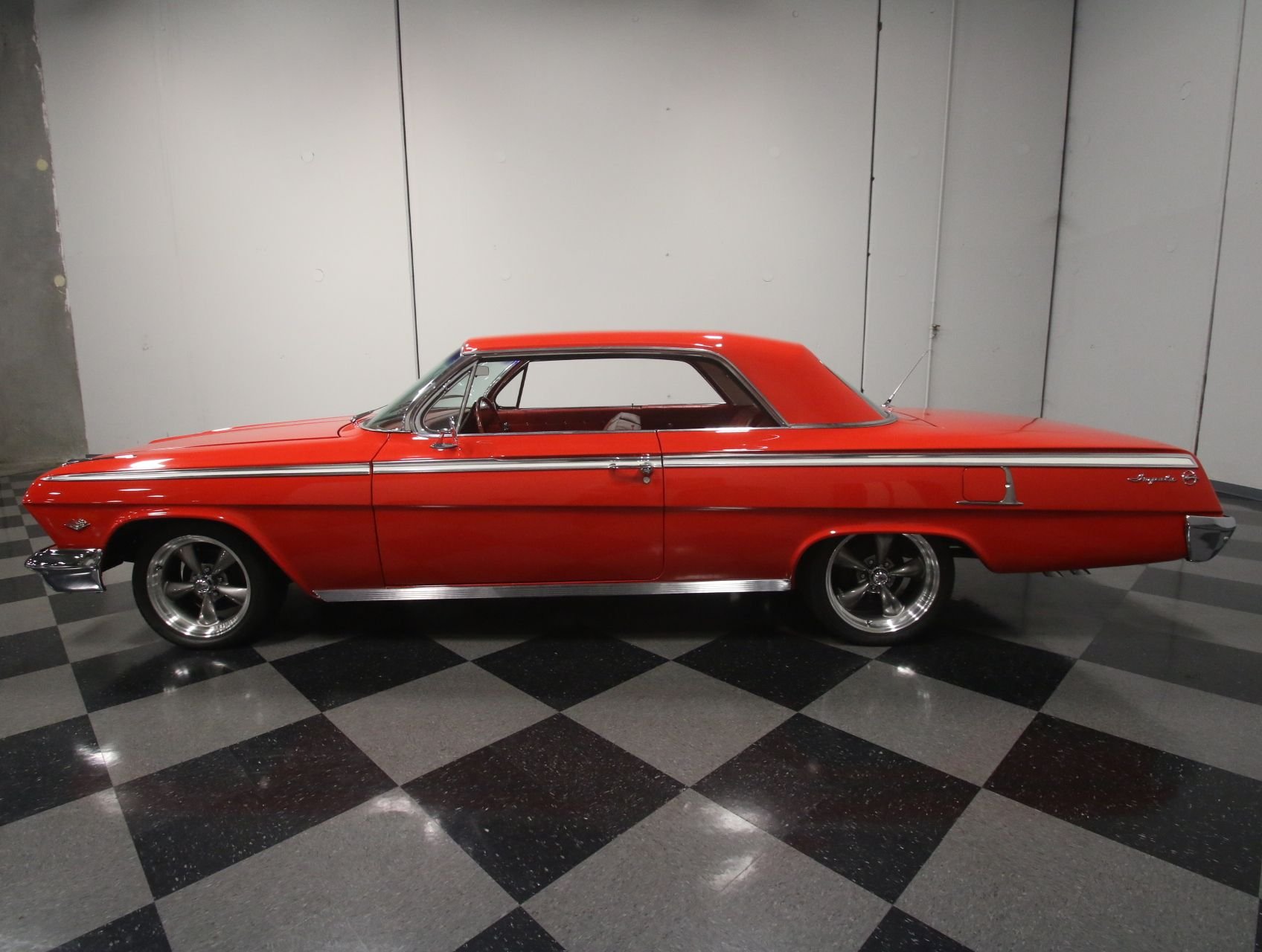