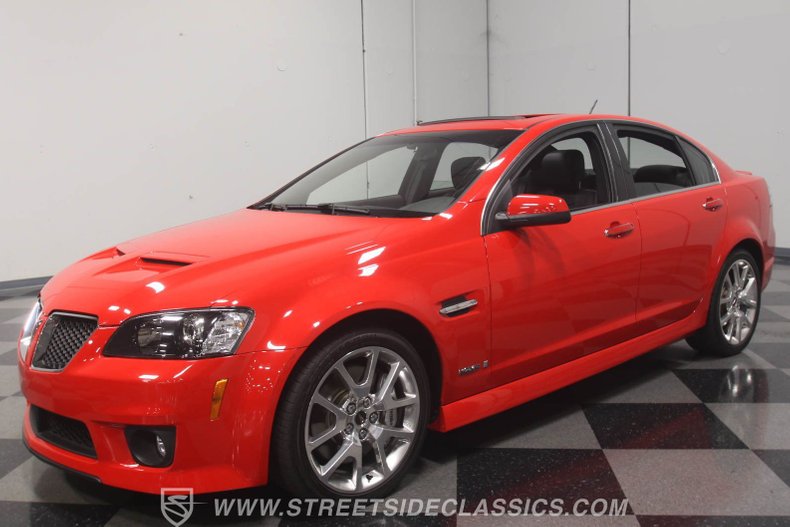 When GM was trying to give Pontiac a shot in the arm, they created the G8 GXP. Borrowing once again from Australian Holden, this 2009 Pontiac G8 GXP is essentially a 4-door Corvette, featuring a 6.2 liter V8, 6-speed manual gearbox, and a fully independent suspension. If there's a 4-door that's sure to become a future collectable, this is surely it.

Beautifully preserved and unabused, this totally stock GXP represents the end of the line for Pontiac. It's a shame, because these are really fantastic cars; not just fast but sophisticated and easy to drive. With just 15,781 original miles, this one has obviously been cherished since it was new by its original owner. It's one of only 69 built in this configuration, and if you're going to have the fastest 4-door you could buy in 2009, you may as well paint it bright red. It's in almost new condition with few signs of use or age, and the styling is holding up remarkably well, looking quite contemporary almost 10 years later. The familiar Pontiac twin grille nose makes it easy to identify, and it does have a performance look with a deep chin spoiler, lower side skirts, and a modest spoiler on the trunk lid. Those four exhaust pipes poking out from under the rear valence (which itself resembles a downforce-generating diffuser panel) aren't just for show, either. This car looks as fast as it is.

The two-tone black and red interior was built for drivers, with body-hugging leather seats, a fat steering wheel, big analog gauges, and, yes, a 6-speed manual gearbox. As Pontiac's flagship, it was loaded to the gills with every option you could get, including power windows, locks, seats, and mirrors, automatic climate control, cruise control, a touch-screen entertainment system, tilt steering column, and a sunroof. Everything works, of course, and once you're behind the wheel you'll quickly forget that there are back doors on this car. The seating position is upright and visibility is excellent, so it's not like a low-slung Camaro, and it's a genuine thrill to run the engine through the gears. There's virtually zero wear on any of the critical surfaces, again indicative of an owner who knew this car was special, and the back seat has probably never been used. And as a perk of being a 4-door, there's also a giant trunk complete with a cargo net (which you'll probably need!).

Power comes from a version of the Corvette's 6.2 liter LS3 V8, which cranks out 415 horsepower and 415 pounds of torque. In the big sedan, performance is still shockingly brutal and it has gone down in history as the most powerful stock Pontiac ever built. There are myriad modifications for this engine available, but this Pontiac remains 100% stock, so you know it hasn't been tinkered with or abused, and honestly, do you really need more power (wait, don't answer that!). It wears a handsome engine shroud that is cleaner that the one used in the Corvette and the engine bay still looks showroom fresh. The 6-speed manual is a joy to run through the gears, with light clutch action and towering overdrives that make this Pontiac a fantastic high-speed cruiser that just eats up long stretches of pavement. The suspension is capable, so it's firm, but it isn't abusive and you could easily drive this car every day without complaint. Giant brakes, a burbling dual exhaust system, and those handsome forged alloy wheels with 19-inch Bridgestone Pontenza radials add just the right sporting touch.

Look for these to be highly-sought in the future, because not many were built. Why not own one of the best we've ever seen, which includes all the original papers, build sheet, and window sticker? Call today! 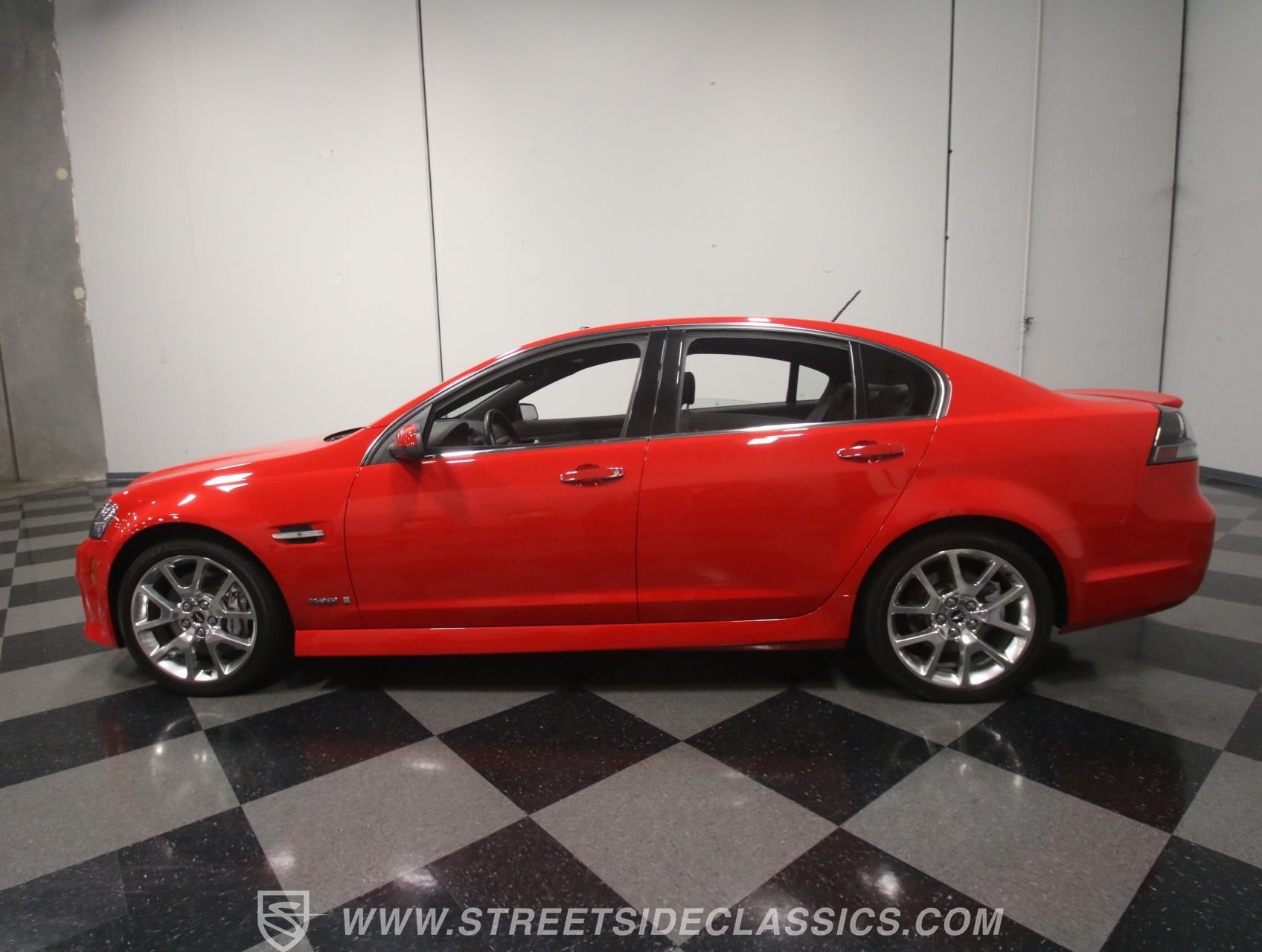