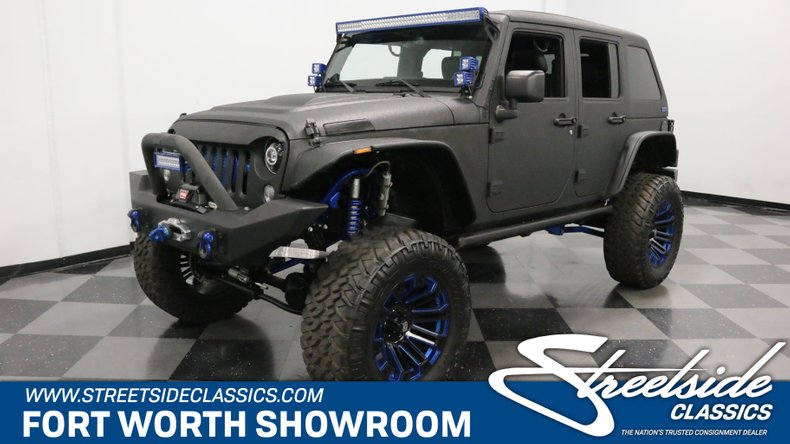 What this 2014 Jeep Wrangler Sport Starwood Conversion represents is the state-of-the-art in 'luxury' off-roading, enhanced by several well-chosen modifications and an elite build-quality put together by the pros at Starwood Motors. If there's a remote corner of the planet that you're eager to visit, this Jeep will absolutely get you there, or if there's a grand entrance you wish to make somewhere, this Jeep has that covered too. Decked out from front to back with outstanding customization and upgrades, this is truly an SUV like no other. It's been driven a scant 7,092 miles during its lifetime, tasked to escort Dallas Mavericks star players around the Dallas area since it was built, and it was never taken off-road - though it's certainly well-equipped to do so - so it's well-positioned to provide many future head-turning miles.

The mistake a lot of folks make with the Wrangler is assuming that its comfortable interior and long list of creature comforts has made it soft. Well, they're dead wrong. This is hardcore off-roading at its best, and despite that incredibly rugged black textured paint that covers the exterior (Starwood Motors is known to mix and apply Premium Protective Coating with Kevlar Fiber for unparalleled tensile strength and protection), it likely hasn't been anywhere more rugged than a gravel driveway. Big flared fenders, rugged step running boards, a heavy-duty CCF front bumper with a mounted Warn winch, a Rock Slide Engineering rear bumper, and custom LED lighting everywhere you look suggest that this beast scoffs at climbing mountains and bounding over boulders, and it's all in excellent condition. Of course, it has been driven and enjoyed a little bit (how could anyone resist?), but it's showing only 7,092 original miles and it's been babied its entire life. Blue accents on the wheels, LED lights, tow hooks, grille, rear badges, and even on some of the suspension components provide a cool contrast against the dark black paint, and they were specifically applied to let the Mavericks players know which vehicle to look for when they were getting picked up by team officials. With four doors, it's actually quite roomy and practical, but with that towering stance enhanced by a Fabtech lift kit and all those industrial details, there are no doubts about this 4x4's intentions. All the Jeep DNA is there with a few trick add-ons, from the squared-off and rear-slanted greenhouse to the custom grille and round LED headlights (augmented by LED auxiliary lighting everywhere), so you shouldn't worry about not being recognized. And if you want practical, there's even a spare XD wheel hanging off the back.

Inside, it's a comfortable cocoon of leather luxury, which is quite startling in a Jeep, never mind a rugged Wrangler Sport like this. The list of goodies is extensive, including custom leather seats, air conditioning, cruise control, a tilt steering column, a powerful Double DIN stereo with Bluetooth and satellite interface, navigation, and enough speakers (check out the custom set-up in the storage area) to be heard at the other end of the Grand Canyon. It's also got a fairly comprehensive array of instrumentation in a very handsome instrument panel that's no longer just a flat sheet of metal like in the good old days, and a center console with extra storage too. Heavy-duty floor mats protect the plush carpets below, the dash is unmarked, the door panels are clean, and the rear bench seat doesn't even look like it's ever been used. It was ordered with a factory hardtop, which along with the doors is removable, meaning open-air adventures are only a little elbow grease away. Comfortable, sporty, yet rugged and spacious enough to transport the Mavs starting frontcourt, this absolutely dialed-in Wrangler is one of the coolest Jeeps we've ever seen, both inside and out.

The engine is a 3.6 liter V6 that truly transformed the Wrangler, but that torquey, efficient Chrysler factory power simply wasn't enough for the mad scientists at Starwood, so a RIPP supercharger kit (which includes a Vortec S3 supercharger) was installed to really kick this Jeep up a notch. More powerful and more efficient, it gives this Jeep the moves to match its looks. Pop the hood and the appearance is largely stock, and it's highly detailed because this Jeep and all of its upgrades are just barely broken in. A 5-speed automatic transmission means it's reasonably economical on the pavement and cruises nicely at highway speeds (even with the big lift), so go ahead and use it as a daily driver if you like, it can certainly handle it. Other aftermarket additions include the aforementioned Fabtech suspension lift with heavy-duty shocks and springs, so if it wasn't ready for the rough stuff before, it certainly is now. Custom 20-inch XD wheels give it just the right aggressive look and carry giant 37x13.50-20 Nitto Trail Grappler off-road radials.

Go anywhere, do anything was always the Jeep's mantra, but it has never been this easy or this luxurious. Documented with build receipts and featuring just 7,092 miles, this one-of-a-kind Wrangler is ready to dominate for years to come. Call today! 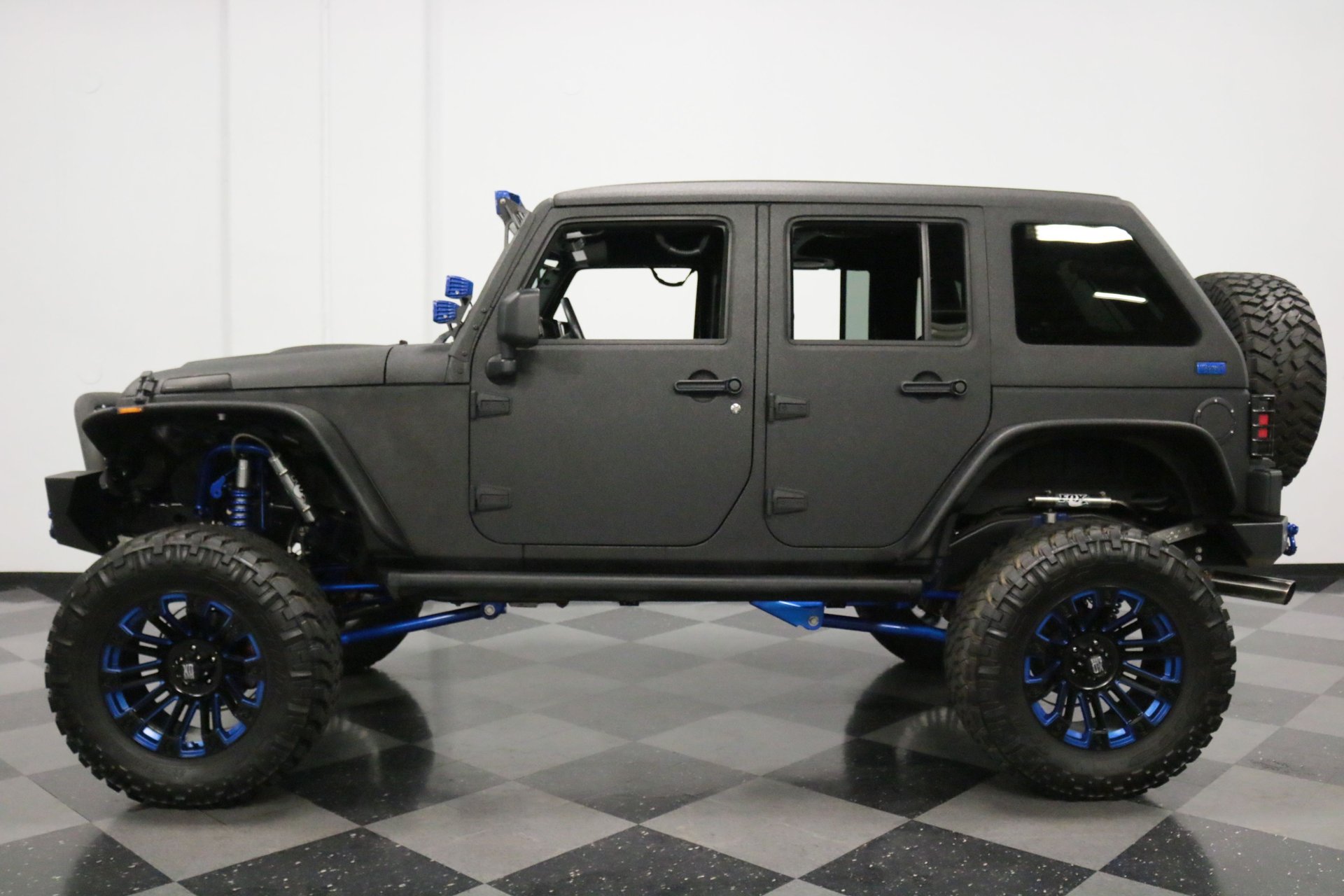