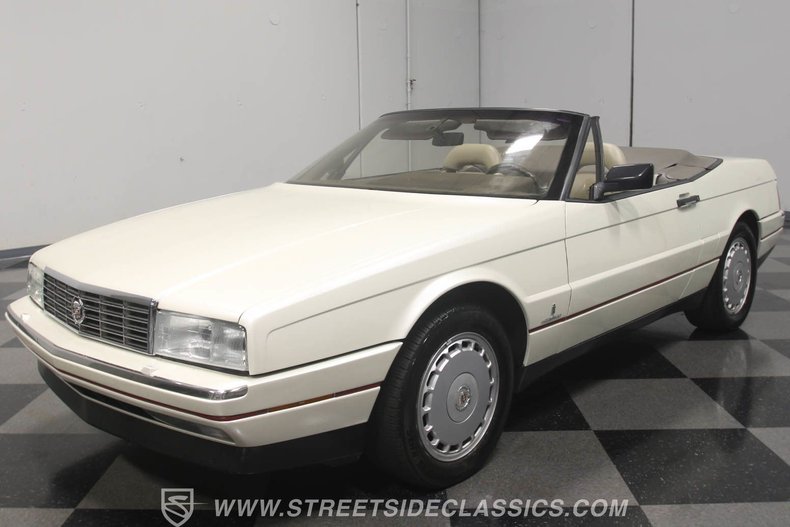 Future collectable or just a cool 2-seater? The future of the Cadillac Allante isn't set, but if you go by the passionate collectors who appreciate them, there aren't many better ways to celebrate Cadillac's rebirth than this 1991 Allante roadster.

A southern car all its life, this 1991 Allante shows signs of having been owned by a guy who really cared about keeping it in top shape. It's still wearing its original pearl white paint and despite a few signs of use, it still looks amazing today. 1991 was the second-lowest production year for the Allante, with only 2500 being built, and that may add some interest for future collectors. The Pininfarina bodywork still looks as contemporary and sleek today as it did when it was new, and the crisp detailing remains sharp. All the black trim looks quite good with no signs of sun damage and we really like the stripe of red that surrounds the body at the bumper line. It has never been wrecked, and all the history checks are clean, so you can buy with confidence.

The Allante's original interior looks superb, with what are perhaps the most comfortable buckets ever installed in a Cadillac. The leather remains supple and smooth, with only very minor signs of use and no signs of UV damage despite a lifetime in the sun. Cadillac skipped the fake wood on the Allante, and the soft materials and contrasting colors give it a very upscale look (which was the whole point of the Allante). Remarkably, the digital dash works as it should, one of the important things that Allante collectors look for on older models. That vast array of buttons on the center stack is very 1990s but everything works like it should, including the trip computer, AM/FM/CD/cassette stereo, and powerful A/C system. All the power seat motors work as they should for both driver and passenger, and the many power accessories are fully functional. Overhead, there's a black canvas convertible top, as well as a neatly trimmed trunk that's bigger than you'd expect.

Driving this car, it's quite clear that someone adored this car. Oil changes were probably done ahead of schedule every time, all the fluids were changed every other year, and whenever something needed attention, it got it. It has that feeling of a car that's been babied and certainly runs like it's been properly maintained. The 4.5 liter V8 is known to be one of Cadillac's more reliable powerplants, and thanks to the maintenance this one has received, it still pulls down more than 26 MPG on the highway. The look of that long tubular intake manifold is a lot cooler than all the plastic-clad engines of today and seeing that little 'V8' emblem on the valve cover reminds you that this is something special. Again, no signs that this car was used in inclement weather and all the equipment is factory-spec without modifications or alterations. Underneath, there's no rust, a fully independent suspension, 4-wheel disc brakes, and a quietly confident exhaust system that sounds awesome. Simple alloys wear 225/55/16 blackwall tires, a bit of a departure for Cadillac back in 1991.

At this price, where else are you going to get a V8-powered luxury roadster with so much going for it. Handsome, fun to drive, and a great way to get into the hobby, the Allante still has a lot to offer. Call today! 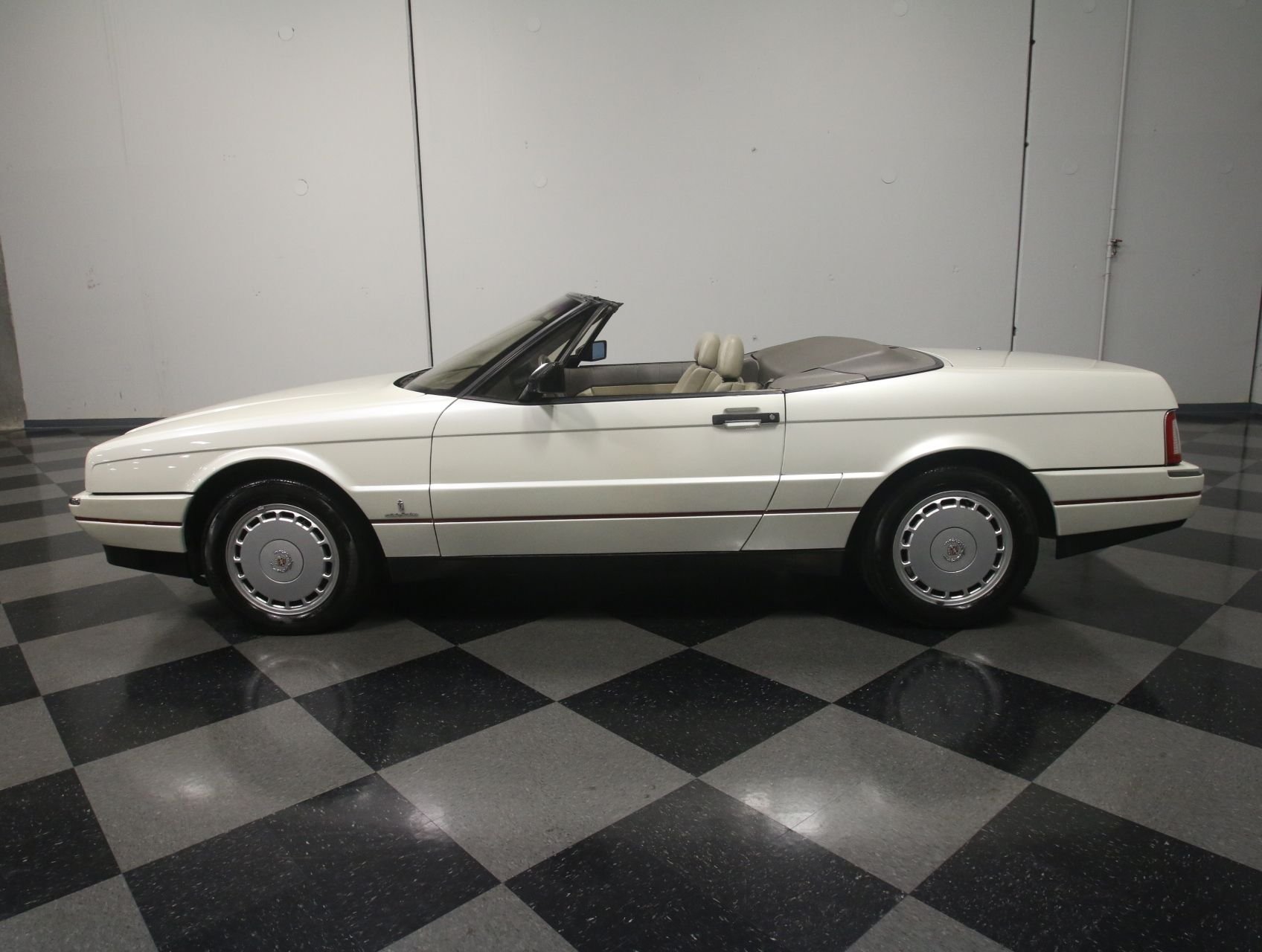