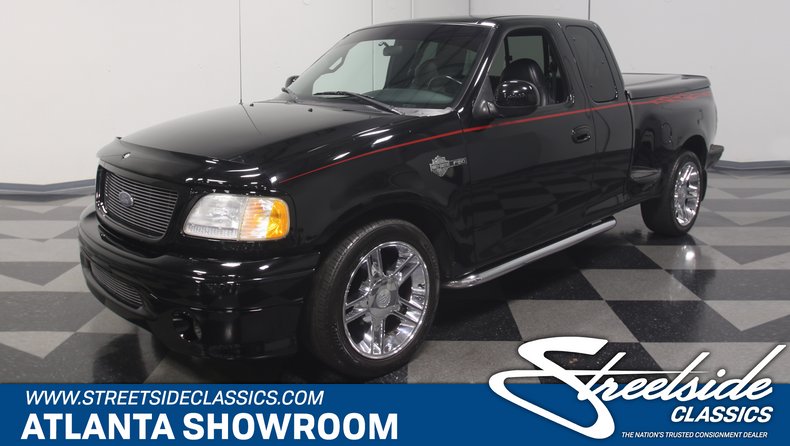 Cross-branding is nothing new in the car game, but Ford and Harley-Davidson struck a chord when they created the 2000 Ford F150 Harley-Davidson edition. Arguably the most desirable F150 this side of the Lightning, they represent a factory-built custom that you can still enjoy as a truck or as the ultimate accessory for your Harley. Either way, it's way cool.

Obviously all the Harley trucks were black, and everyone liked it that way. Built exclusively as an extended cab with a flare-side bed (that's a stepside to most of us), it looked sporty right out of the gate. A few subtle Harley-Davidson graphics were standard, with this one sporting a red pinstripe that devolves into flames on the sides of the bed. As the slogan went, "Built in Detroit, dressed in Milwaukee." For its age, it's in fantastic condition, with only modest signs of use and age, but like the guys who ride Harleys, a few scars are cool, not a demerit. Accessories include a bug deflector on the leading edge of the hood, and a set of chrome steps, but things like the billet grille, hard shell tonneau cover, and deep air dam with fog lamps were standard equipment.

The interior is finished in (what else?) black leather with a few embossed Harley-Davidson logos for good measure. With a bit of wear but only the kind that makes your leather jacket look better, not worse, the bucket seats are still all-day comfortable. The entire interior is in great shape and you can see the special H-D touches throughout, including chrome switchgear, special white-faced gauges, and a center console with a chrome badge. Everything was standard on the H-D edition, including A/C, power windows, locks, seats, and mirrors, cruise control, and a tilt steering column. There's also a decent AM/FM/cassette stereo system, which also controls a CD changer hidden out of sight (that CD changer, along with the sliding rear window, are the only options on the H-D F150). Everything works like it should, of course, and it's still a lot of fun to drive this big rig around listening to the creaking of all that genuine leather. Nice!

The only engine was a 5.4 liter V8 that grunted out 260 horsepower. It was rear-wheel-drive only so it feels plenty quick, and aside from a custom air intake and filter, it appears to be entirely stock. That means it starts easily, idles nicely, and doesn't hassle you when it's time for an emissions test. It will also still work like a truck, so don't be afraid to hitch up a trailer for a road trip. The heavy-duty 4-speed automatic transmission shifts well and there's a very heavy-duty rear end out back. The Harley-Davidson edition also got a custom suspension that lowered the ride height by an inch and included shocks from the SVT Lightning. The exhaust system splits in two just behind the muffler and includes custom 3.5-inch "slash cut" tips behind the right rear wheel. And speaking of wheels, the 2000 Harley-Davidson F150 was the first truck to wear 20-inch hoops; maybe not a big deal today but it was really something back in 2000. This truck still has a wicked stance.

The future will tell if these are collectable, but in the meantime you get one of the most readily identifiable special edition trucks of all, one that can still work for a living and is available for about half its original price. Hard to beat that, so call today! 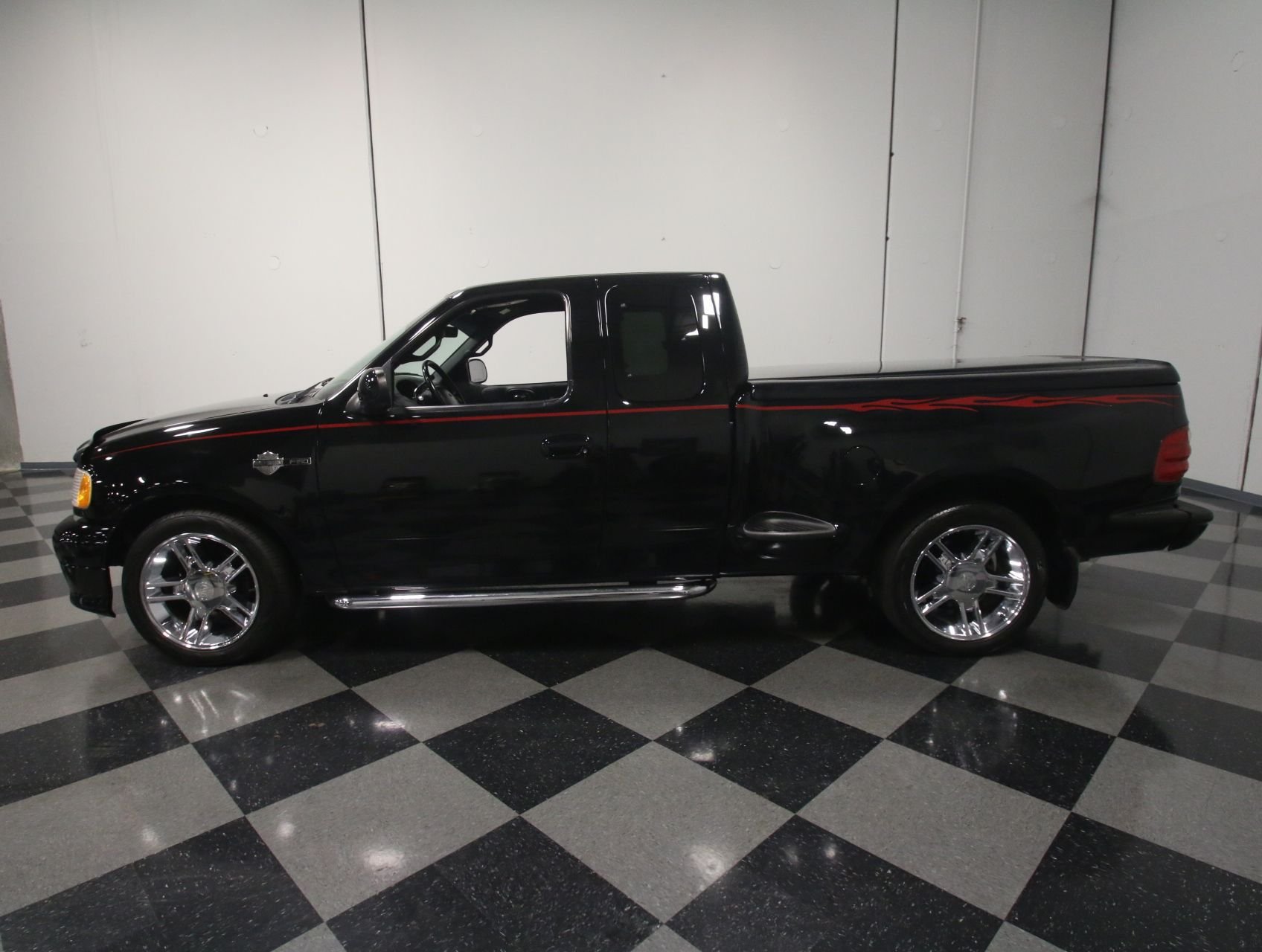