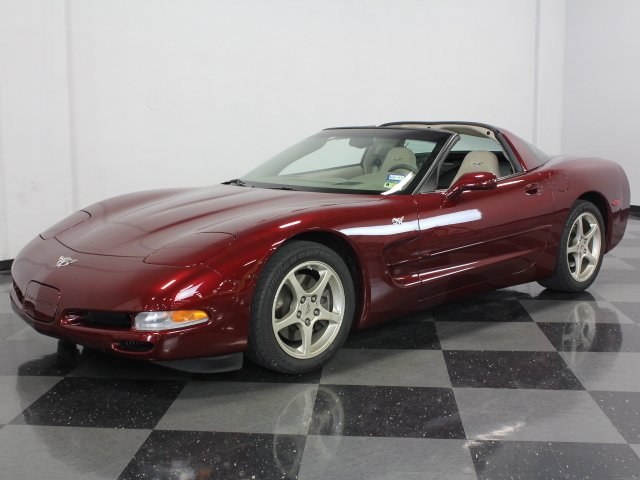 Anniversary Corvettes are safe places to park your money, but when they're as fun to drive as this 2003 example, well, it's a wonder how the first owner was able to control himself, since it shows just 6000 miles on the clock.

Chevy always pulls out the stops in the color department for their anniversary models, and they're always a subtle and sophisticated balance to the in-your-face graphics of the pace cars. In 2003, the 50th anniversary, they brewed up a lovely burgundy metallic color that looks like candy and dares you to touch its impossibly smooth surface. With only 6000 miles on the clock and obviously purchased as more of an investment than a daily driver, this Corvette is in immaculate, showroom-fresh condition throughout. Even the usual areas like the chin and rockers haven't been abused by the rigors of the daily grind. Only a few smallish 50th anniversary badges adorn the flanks, but all Corvette fans will recognize this car from a mile away simply due to the gorgeous color. And while cosmetic add-ons for C5 Corvettes are a major industry all by themselves, this one is refreshingly devoid of goofy dress-up stuff from the aftermarket. You want factory fresh, this is it.

Anniversary models could be dressed any way you wanted it as long as it included a "Shale" leather interior. More anniversary emblems and embroidery make sure you know you've got a special Corvette, and all the options were available. This particular 'Vette includes power sport seats, dual-range climate control, a heads-up display, and the F45 adjustable suspension system that really offers the best of both worlds: comfort and performance. And as you'd expect, the interior is virtually unmarked with matching carpets that have never been dirty and leather seating surfaces that don't even look like they've been tried on for size. The bright instruments flash to life with the turn of the key, doing a little sweep of the dials just to show you that everything is working, and the lovely armrest offers a matching embroidered Corvette logo. A separate storage bag for the spare top is included, and unlike earlier Corvettes, there's plenty of room to store your gear under the rear hatch.

All Anniversary Corvettes were powered by the aluminum LS1 that has become the foundation of GM performance in the 21st century. With plenty of horsepower and torque on tap, it easily fulfilled the Corvette's performance image, but the smoothness, durability, and efficiency were big bonuses. Like all small block Chevy motors, they're insanely mod-friendly, but this one remains 100% stock, right down to the mufflers and air filter because, obviously, investments are best kept OEM. Lots of black plastic defines the C5 engine bay, but even details like the raw aluminum castings are still bright and shiny, proof that this Corvette has lived a sheltered life. The standard 4-speed automatic overdrive transaxle shifts faster than you can, and with a limited slip in the rear end, it hooks up hard. Disc brakes and forged aluminum wheels live at all four corners, and it still sits on its factory-issued Goodyear run-flat radials.

Complete with all the relevant documentation, from the window sticker to the original manuals, this is a car that future generations will continue to appreciate. Call today! 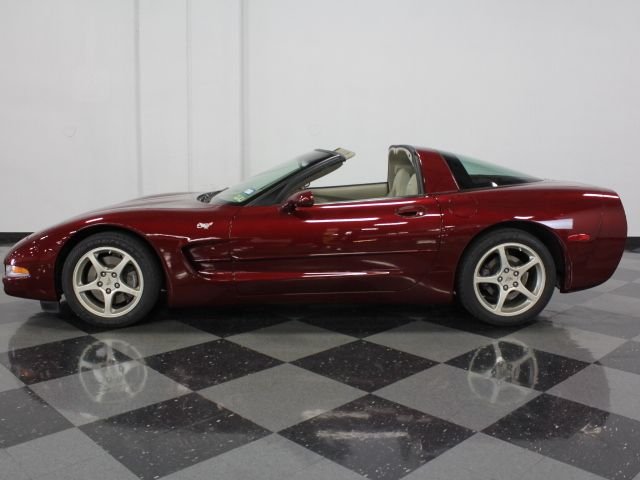