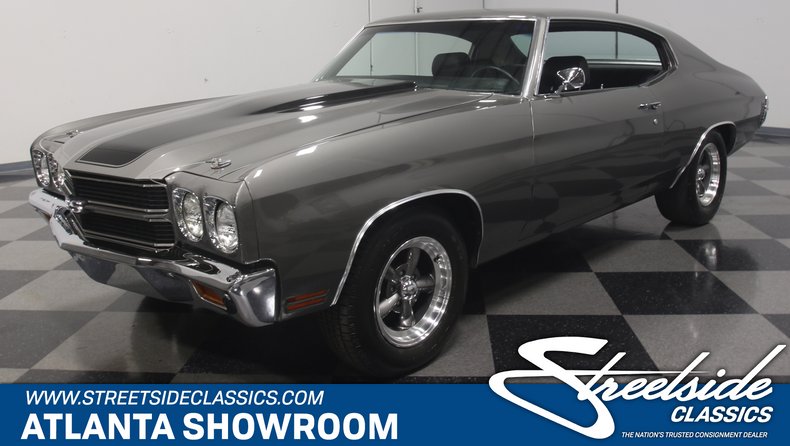 Admit it, you've been looking enviously at cars just like this at all the cruise nights this summer, haven't you? Somehow big block Chevelles speak to almost everyone, with their ideal combination of brute power, comfort, and stylish good looks. This cool 1970 Chevrolet Chevelle SS454 tribute is exactly the kind of car that populates those local shows and that you hear hammering down the road late at night. Isn't it time you started joining in on the fun?

Everybody seems to have a red or blue Chevelle, but this one dressed in sinister Graphite Gray seems to stand out without making a lot of noise. Especially when paired with the black SS stripes, it gives the brutal big block Chevelle a high-performance look, but you had better forget about keeping a low profile when you're out on the road. The paint on this one is quite good, with great panel alignment, excellent gaps, and attention to detail that says it was more than just a quickie job. The black SS stripes are mandatory on a car like this, and they've been blended in under the clear for a seamless look that will last forever. A cowl induction hood with hood pins gives it that aggressive look that you've always admired, while a correct SS grille, gives it a bit of authenticity, although that's the only SS emblem on the car. It's definitely got the right attitude, though!

The handsome black bucket seat interior has been recently refreshed, including new ProCar bucket seats, fresh carpets, and reproduction door panels which make it an inviting, comfortable place to do the serious business of driving. There's no center console, just a B&M shifter sticking out of the transmission tunnel shouting high performance in every way. The gauges appear to be original, and they're joined by a full array of Auto Meter dials built into the dash and a tachometer strapped to the steering column. There is no A/C and no radio, suggesting that the guy who built it had his priorities in order, although adding a stereo of your choice would be easy and would really add value; think of it as an opportunity. You do, however, get a trunk with none of the usual issues and which includes a full-sized spare, just in case.

The engine is a built 454 cubic inch big block V8 doing its best impersonation of an LS6. Sure, with a late-model serpentine belt drive you know it's not a real one, but it isn't priced like one, either. It does, however, offer a high-rise aluminum intake, a Demon carb, as well as the requisite MSD ignition system. The cowl induction hood feeds an open-element air cleaner and the entire build has an OEM look to it that's very appealing. Long-tube headers add a few extra ponies and definitely bolster the big block's robust torque curve, and this is certainly one great-running car. Twist the key and it settles almost instantly into an easy idle, and throttle response is right now quick, so there won't be many cars that can beat you on the roll. The chassis is extremely clean with a fresh exhaust system, built TH400 3-speed automatic transmission, and a heavy-duty 10-bolt rear end. 15-inch Torque Thrust wheels that almost match the bodywork wear a set of 215/70/15 BFGoodrich radials up front and a set of sticky Mickey Thompson drag radials out back.

If you're tired of going to the ball park without a glove, here's your chance to get into the game in a big way. Call today! 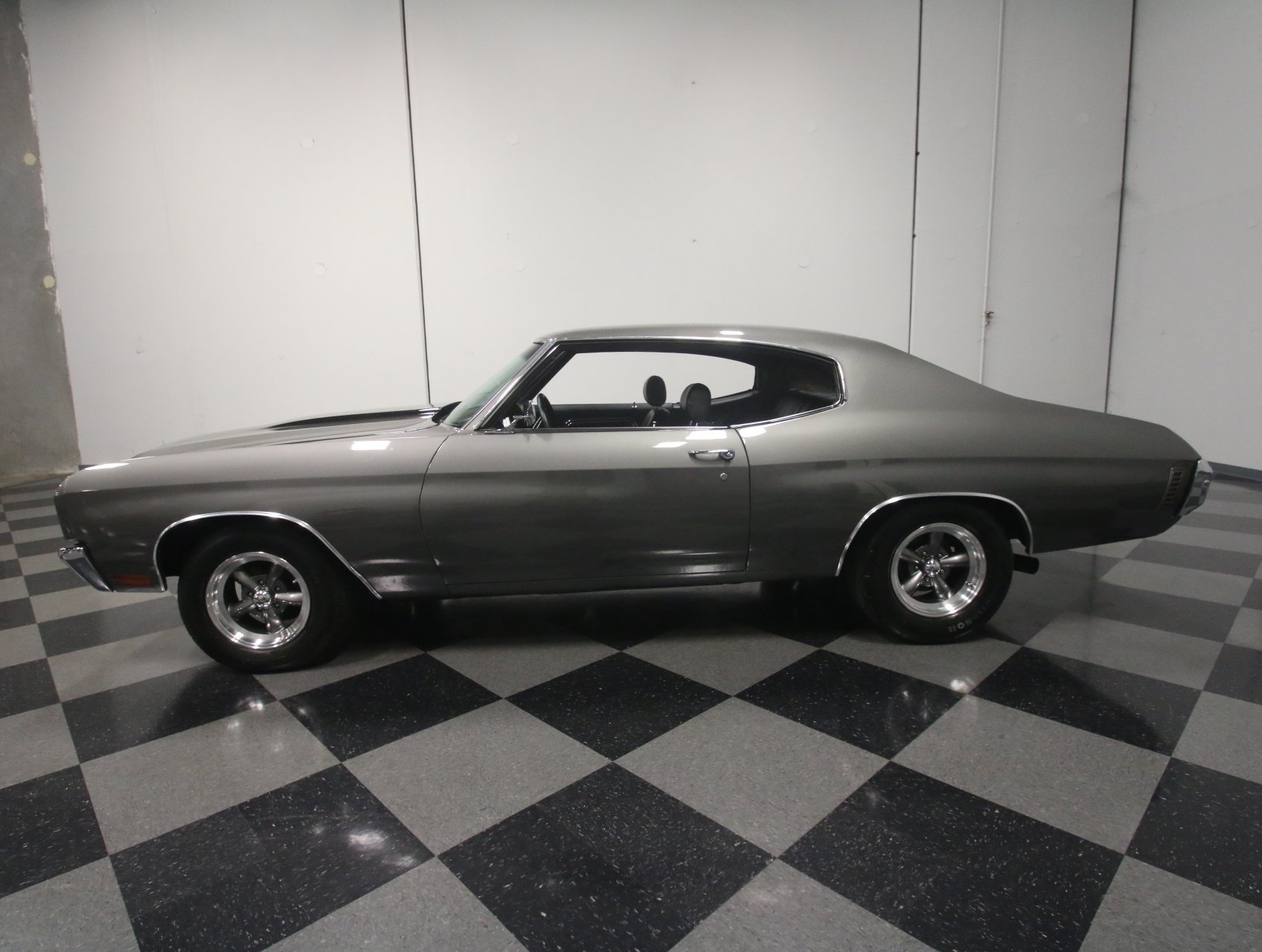