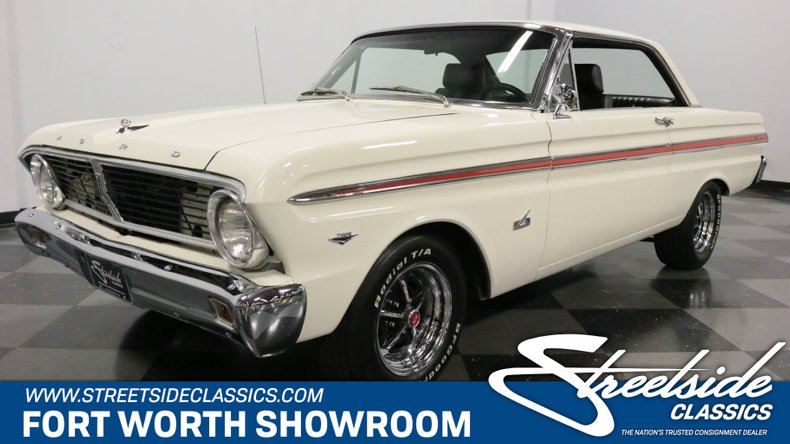 How can Ford Falcons continue to be so underappreciated by the masses? If it wasn't for these early classics, we would've never had the Mustang Pony. Beautifully designed with those chiseled good looks, this 1965 Ford Falcon Futura packs a rumbling Blueprint 347 Stroker V8 crate engine, a quick-shifting automatic transmission, and a solid restoration that you couldn't even get close to duplicating for the asking price. Never mind that it runs like a hopped-up Mustang and looks incredible, this is a ton of car for the money.

To the uninitiated, this bright white hardtop is mostly just a great looking sleeper. We though the same until we heard that hot motor crank, but we'll get to that later. The Falcon was conservative, yes, but it was also rugged, reliable, and had great familial DNA that made it look like a ¾ scale Fairlane. The Wimbledon White paint looks elegant and is a higher driver-quality finish, while the shot of Rangoon Red down the flanks add nice flash to a machine that really gets a lot of attention out on the road. Sure, it's no trailer queen and it may have a few imperfections, but in our opinion, the quality of the work belies the price tag-it simply looks awesome! The shine is far better than 1960s paint tech would deliver, and the car was put together the way the factory would have done it, so it feels solid going down the road. Lots of bright trim ties in with the other Ford products of the era, including the sweeping side trim with a contrasting red insert we mentioned earlier, the brightwork around all the glass, and the shiny bumpers fore and aft. Round 'rifle-sight' taillights continue Ford's fascination with jet age styling, and only the polished exhaust tips under the rear bumper give away this car's true nature.

Falcon fans will not be disappointed by the restored interior, which puts a slight twist on the original setup, with high-back sport buckets and racing harness seatbelts up front, and a stock rear bench and matching pleated door panels that tie the whole interior together nicely. Originally a column-shift car, the transmission is now controlled by an aftermarket unit on the floor in between the seats, while a sporty black wheel feels great in the hands of the driver and really stands out. A new set of white-faced AutoMeter gauges continues the sporty theme inside, especially when set inside that beautiful instrument panel, and they do a great job of keeping an eye on the beefed-up motor's vitals. Other than that, she's all stock inside, right down to the AM radio in the dash and the heater underneath. Out back, the trunk has been finished to a high level as well with correct plaid mats and a relocated battery inside a neat tray, because nobody said that just because a Falcon was relatively inexpensive, it had to necessarily look it. This car is dialed-in driver quality all the way.

Big power in the form of a Blueprint crate 347 cubic inch stroker motor with only 80 total miles on it provides thrilling performance. Rated at 415 horsepower, it's more juice than even the nastiest big block was producing in 1965. Aluminum heads shave weight, and there's a good amount of polished trim and chrome bits throughout, making this an engine bay you'll want to show off. Accessories were mounted tight to the block and feature an updated MSD ignition system and a big aluminum radiator keeps it all ice cold. Patriot headers dump into a custom dual exhaust system with throaty chambered mufflers, and the super-sanitary underbelly of the car is the perfect background. An updated suspension, power steering, and power front disc brakes ensure a terrific ride quality that's never afraid of a good corner, while out back there's a 3.55-geared 8-inch posi-traction rear end hanging on a drag link. Slick Mag wheels wear 205/70/14 front and 235/60/14 rear BFGoodrich T/A white-letter radials.

A lot of V8 performance in a great-looking package, this Falcon has a pile of receipts and service manuals documenting the effort it took this beauty, and all that hard work really shows. Barely broken-in and ready to rock, this Ford is really to take its place on stage with the rest of the icons. Call now! 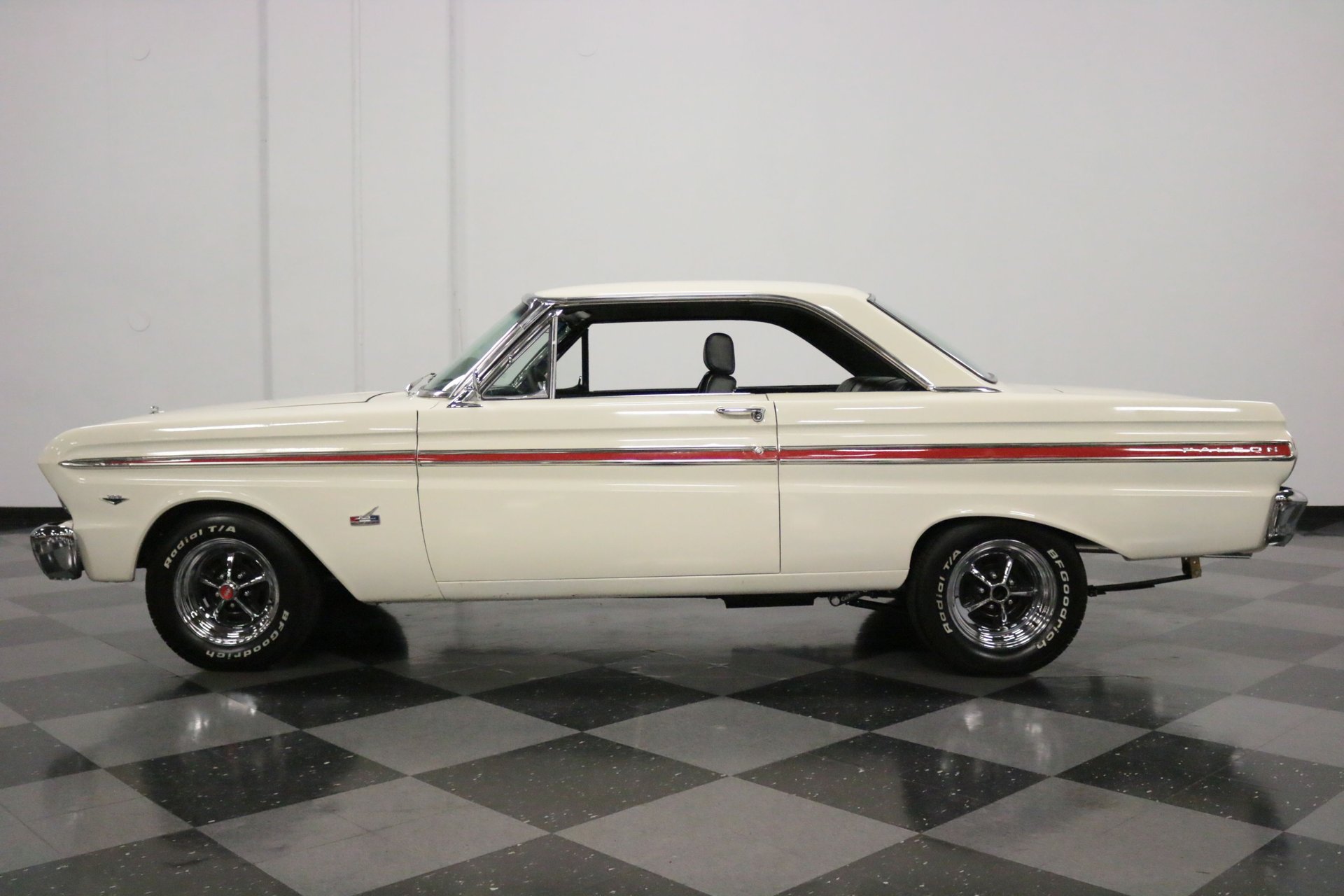