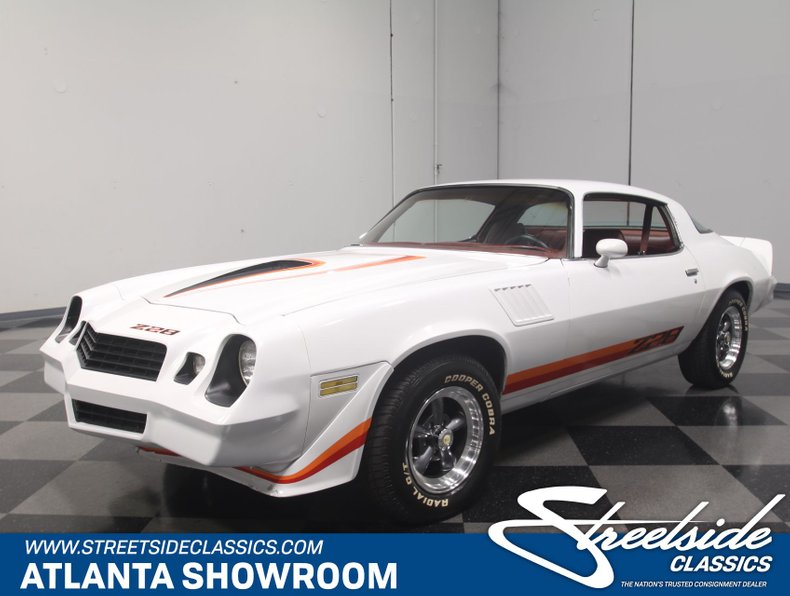 Camaro enthusiasts know their hardware, and when "Camaro Milestones" magazine picked seven sure-fire Camaro investments for the future, #4 was this 1979 Chevrolet Camaro Z/28. With sleek looks and a radical graphics package, it easily rivaled the Trans Am for the must-have car of 1979. This particular example is a great choice if you're going to follow the editors' advice and pick up one of these underrated performance cars before the rest of the market catches on.

For 1979, the Camaro was once again freshened, getting a wrap-around front air dam and lots of colorful graphics on the body. So many of these were beaten to death during their (and our) youth that finding a clean one like this that is straight, clean, and unmodified is rather rare. It's probably been repainted, and they resisted the urge to "modernize" it and instead kept it with factory-looking white paint over some very straight sheetmetal. Bright red and orange Z/28 decals (this is a real Z/28) are absolutely the right choice for the disco era's hottest ride, and details like the blacked out trim and taillights look great for their age. It's not perfect, but for a black car that's coming up on its 38th birthday, well, it's pretty impressive. If you were there in the '70s, you know how cool these were and if you're too young, well, you probably wouldn't get it anyway. Suffice to say that this Camaro still looks like the car we all dreamed of owning when we came out of "Rocky II" while it was still in theaters.

Like the cover car on that issue of "Camaro Milestones," this Z also carries a fantastic red bucket seat interior. The high-back cloth buckets offer a comfortable yet grippy seating surface and they're in outstanding condition for their age. The center console is remarkably simple for GM of the period, and they took it easy on the fake wood, so this Z has a clean performance look that's almost timeless. Even the steering wheel is in great shape, with only the door panels revealing the car's age although they're not bad at all. Heck, even the original gauges are still in the dash, joined by a set of auxiliary dials underneath and there's factory A/C and an upgraded AM/FM/cassette stereo, which only add to the fun of this F-body. The trunk is quite clean, needing only a repro mat to be back to factory-correct condition.

Big blocks were off the options list in 1979, but a rocking 350 cubic inch V8 is nothing to sneeze at, particularly in Z/28 guise. It's actually a rebuilt crate motor making considerably more power than the original wheezing smog motor. There's an Edelbrock intake and 4-barrel carburetor on top, a pretty good cam inside, and plenty of performance on tap. It starts easily and runs beautifully, the dress-up makes it look far more expensive than it is, and it sounds awesome with a recent dual exhaust system underneath. The TH350 3-speed automatic transmission powers a 10-bolt rear end with street gears inside, and the underside of the car looks exactly like a well-maintained survivor should. Correct SS wheels look surprisingly contemporary and wear modern 225/70/15 white letter radials.

Was the magazine correct in its prediction? If our recent sales are any indication, it seems like these late second-gen Camaros are red hot, because we can't seem to keep them in stock. So don't delay, call now! 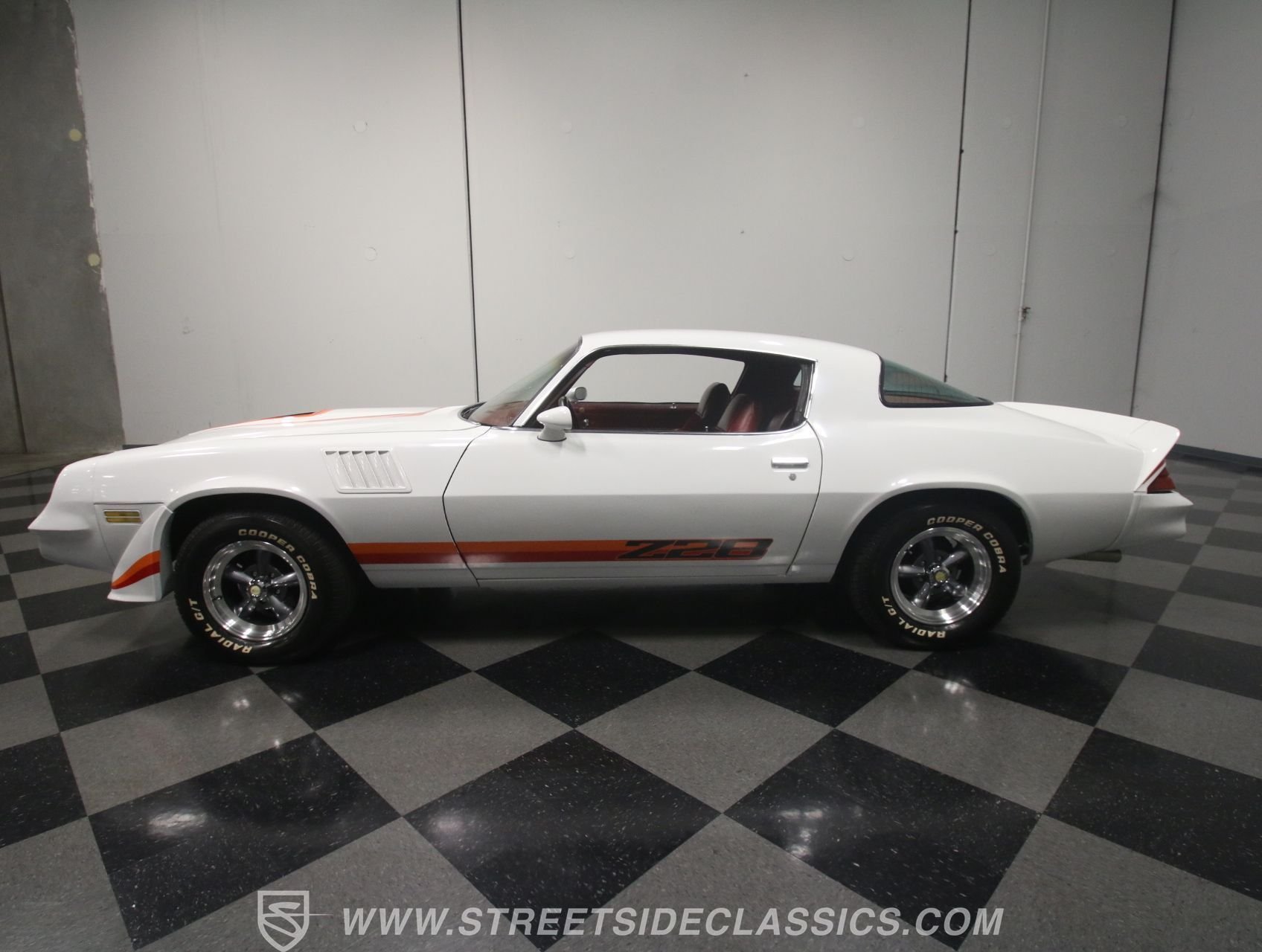