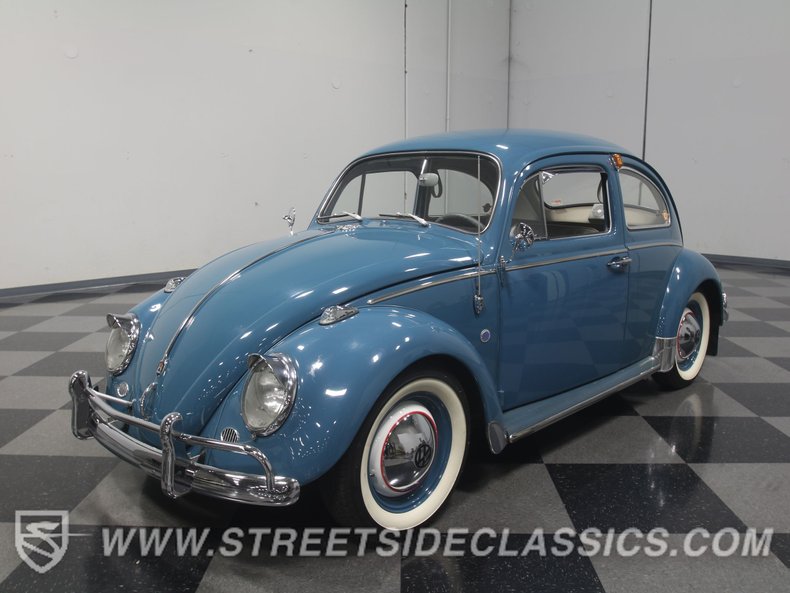 More than anything, old Beetles are about fun. There are a lot of cars that just take themselves too seriously, but this 1963 VW Beetle, with its period accessories and playful demeanor, totally understands that being unique and entertaining doesn't necessarily mean a big price tag.

VW fans tend to separate the early cars (pre-1967) from the later cars, with the early cars remaining at the top of many fans' wish lists. In medium blue, the familiar shape looks clean and utilitarian, just as the folks in Wolfsburg intended, and this little car is utterly devoid of pretense. Instead, it's simple, straight, and nicely finished so that you'll be pleased with the reactions you get every time you stop for gas or park it at a show. With the bigger headlights, the early cars are much more endearing, and the flat windshield and rubber running boards add a certain vintage appeal. The 10-year-old paint is better than you'd expect on a Beetle at this price, showing great gloss and a lot of extra effort in the prep so it fits together nicely. This Bug is also loaded up with accessories and rare options like pop-out rear windows, headlight visors, bumper guards, gravel guards, and turn signals mounted on the B-pillar.

VW was able to make basic look great inside, too, with neatly tailored cream seat covers piped in white for a bit of flash. Obviously most of the gear inside is new, including the door panels, headliner, and the correct German square-weave carpets. Look a little closer and you'll find neat details like reclining seats that are both light and strong, the big, round speedometer with the gas gauge next to it (instead of inside it), and the slender shift lever for the 4-speed gearbox. Interestingly, the speedo was made by VDO and appears to be in good original condition and is flanked by a rather rare AM radio. Heck, even the white steering wheel looks great and is wrapped in a matching leather wrap. A jaunty storage rack under the dash is another neat accessory and the front trunk area is neatly carpeted and carries a matching spare tire assembly.

The engine is an 1200 cc flat-four, and it's nice to see that it's still making the factory-specified 40 horsepower without the usual hop-up parts. It's easy to find your way around the engine bay, with the single carburetor up top, an original generator with Bosch regulator, and all the shrouds in place. It's not detailed for show, but in terms of reliability, it's hard to beat this simple machine. Rebuilt about 5000 miles ago, it starts quickly and easily, making that distinctive VW exhaust sound, and once you master the rather vague shifter action, it's a very fun car to drive. Experts will note that it has been converted to 12 volts using a Porsche generator, but otherwise it's quite stock. You will also be happy with the condition of the undercarriage, which is clean but not so perfect you can't drive it regularly. Painted steel wheels with simple chrome hubcaps look great and 165R15 whitewall radials that ensure a comfortable, safe ride.

Beetles are no longer disposable cars, and this nicely finished little Bug demonstrates the fun and practicality that made them a favorite around the world. Today, it's a great collector piece that makes friends everywhere it goes. Call today! 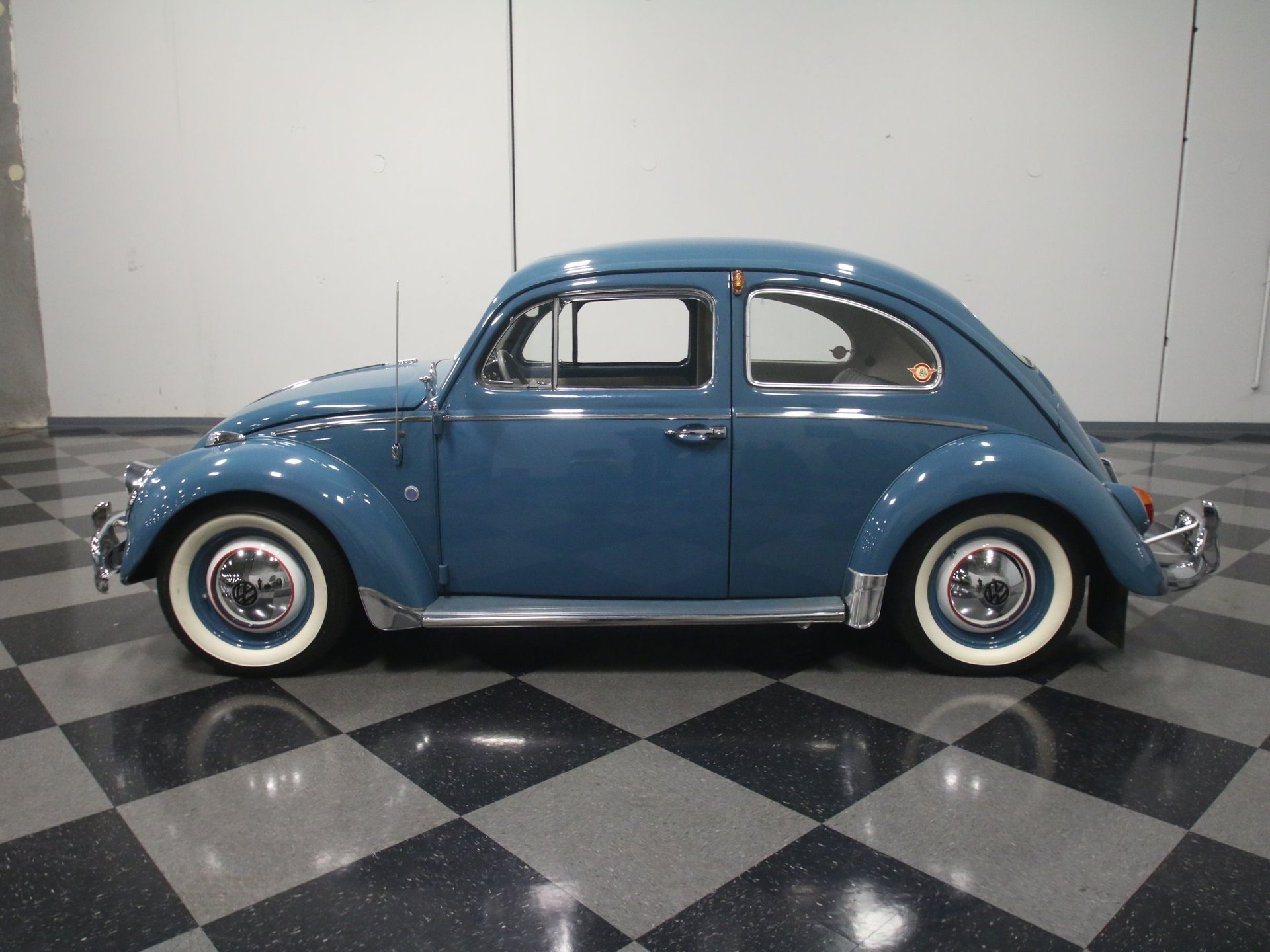