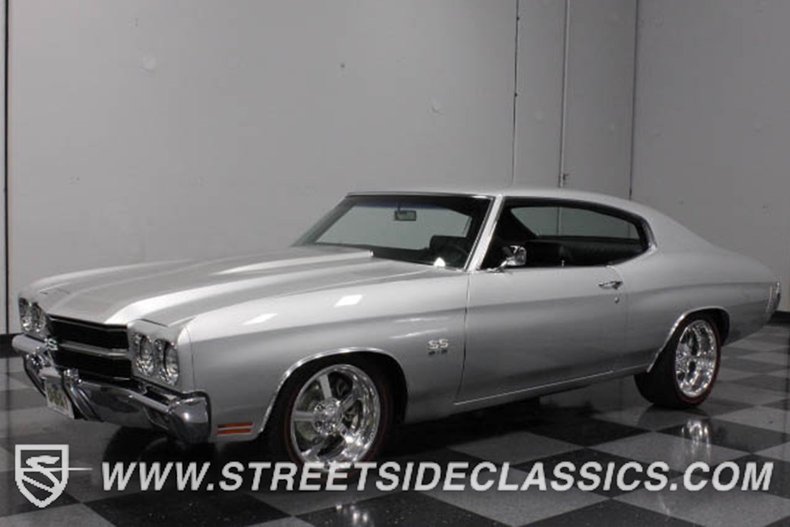 This incredible pro-built 1970 Chevelle reads like a wish list for every car guy on the planet. Look past the price, which is still only a fraction of the build cost, and realize that you just won't get 720 horsepower, show-quality bodywork, and a fully engineered drivetrain all in one package for less than this. Add in the fact that it's downright gorgeous to look at, and you have a potential show winner that's ready to start taking home some really big trophies and put an equally large grin on your face.

We don't like to call any car perfect around here, because no car is perfect, but this awesome Chevelle is awfully close. Thousands and thousands of dollars were poured into the sleek Chevelle to give it a classic look with a modern twist, and the end result looks spectacular. They wisely left the factory sheetmetal alone and simply focused on getting it laser-straight. Once that part was handled, they bolted it back together and made sure the gaps were exacting and the panels fit flush. There's a very subtle cowl-induction hood that practically vanishes against the silver paint, and if you look closely, you'll note that ghost stripes were added in the factory pattern. It was all buffed and polished to an impossible shine that still looks wet. Proper SS badges were added, a blacked-out grille installed up front, and bright chrome and stainless pieces sparkle against the silver paint. There's just no part of this car that wasn't carefully rendered, polished, and installed.

The interior is a study in contrasts, and while it has a bench seat, there's nothing on this car that wasn't done for a reason. To keep the industrial-strength look and no-nonsense performance attitude, they simple used what was already there, restored it so show standards, and put it back together with some additional performance gear. The dash is full of Auto Meter gauges and the shifter shows five gears instead of the usual four, but otherwise it's fairly stock. Beautifully restored door panels (complete with factory power windows!) work with fresh carpets and a restored dash pad to give it a pretty authentic feel. There's no radio and perhaps there never was, but the A/C system is working as intended thanks to modern hardware behind the scenes. The trunk is beautifully finished and includes a professional-grade battery box and cut-off switch for safety.

OK, OK, let's talk about that engine. It's a GM ZZ572R big block with a rating of 720 horsepower, and if that doesn't get your blood pumping, nothing will. It's an easy fit in the Chevelle's engine bay and it's surrounded with the best components possible. Aluminum heads, a high-rise intake with a giant Demon carburetor, 12.5:1 compression, and a bad attitude take this car beyond nasty. A serpentine belt setup handles the accessory drive and the giant aluminum radiator is cooled by electric fans so it doesn't get cranky, even in traffic. Long-tube headers feed a custom 3-inch exhaust system that sounds spectacular, even at idle. A Richmond 5-speed Super Street w/ Overdrive manual gearbox feeds a 12-bolt rear with 3.31s inside on a Posi, so it's happy on the highway just loafing along and with all that torque you don't need a lot of gear to get it moving. Hotchkiss suspension components, Baer 4-wheel discs, Bilstein shocks, and other components read like a who's-who of high performance, and the stance is just perfect. Custom Budnik aluminum wheels give it a high-tech edge and carry 245/45/17 front and 275/40/18 rear redline radials for a very trick retro look.

There's so much more to this car that we can't possibly cover it all here. If you can afford it, this is a no-disappointments dream car that takes no prisoners. Call today! 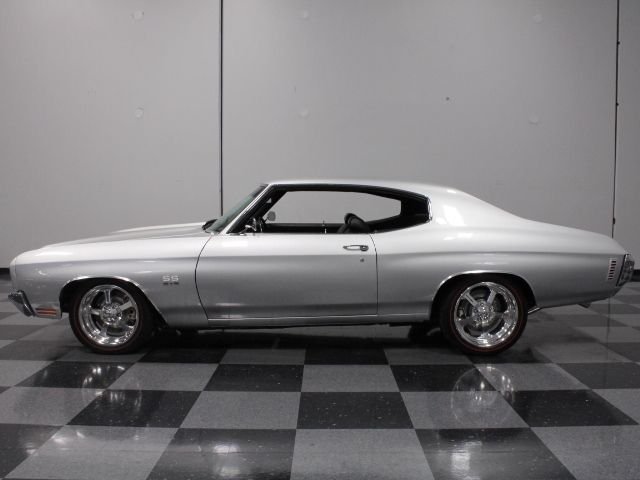