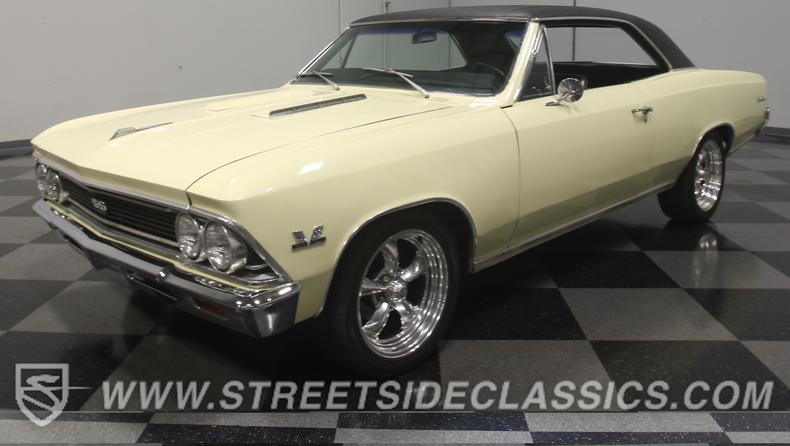 Sometimes cars are so sweet, it's hard to know where to begin describing them. This 1966 Chevrolet Chevelle SS396 features a nice restoration, a big block under the hood, and a list of upgrades and options that make it just the way you'd want it if you'd built it yourself.

According to the cowl tag and VIN, this is a real code 138 SS396 Sport Coupe, and that same cowl tag also gives away the fact that this one was originally Lemonwood Yellow. That's good, because the two stage urethane now on the car makes the soft pastel yellow look fantastic. The bodywork is nicely done, with nary a ripple or wave to be found, even on those big quarter panels which are notoriously difficult to get this straight. Note the subtle crease that runs from nose to tail; if the body isn't straight, that's where it will show up first, and on this car, it's razor-sharp. Looking at the reflections in our photo studio, you can see that someone spent a lot of time getting this car straight, and that same level of detail is found throughout, so the car makes a very good first impression that stands up to closer inspections. If you want to take it up a notch, you could have a good detailer do a simple cut and buff, but even as it sits it has a great look. You'll also note correct 'Super Sport' badges used on the quarters, a proper blacked-out SS tail panel, and a super clean SS396 grille up front. They didn't overlook anything on this one.

The interior is spot-on correct, sporting a set of code 761 black vinyl buckets and a code G center console. As nicely finished as the bodywork, the interior has quite a few new components that make it look crisp and upscale. The seats have handsome seat covers with bright trim and cool metal inserts on the seatbacks, while the door panels show crisp detailing that was a hallmark of GM in the '60s. The center console sports a handsome clock angled towards the driver, as well as a proper chrome shifter that combines good looks with user-friendliness. Gauges are simple and the controls are basic, but the important things about cars like this weren't the frills, but the hardware underneath, and this one delivers. You'll note it also carries an upgraded AM/FM/CD stereo. In back, the trunk is finished with proper spatter paint, a correct mat, and carries a full-sized spare tire.

The engine is a correct but not numbers-matching L34-spec 396 cubic inch big block dressed for battle in correct Chevy Orange paint. Against that satin black engine bay, the motor simply pops, thanks to a set of chrome big block valve covers and a correct open-element air cleaner with Turbo Jet decals on top. There's a moderate cam inside, an Edelbrock 4-barrel carburetor and matching intake manifold, as well as an HIE distributor to light it up, but it still doesn't stray too far from stock. Long-tube headers feed a 2.5-inch dual exhaust system with Flowmaster mufflers that dump just below the rear bumper, as original. Disc brakes up front provide reliable stopping power, and the TH350 3-speed automatic transmission and 12-bolt rear end are up to the task of having fun on the street. Polished Torque Thrust wheels are a refreshing change from the usual Rallys and carry big 245/45/17 front and 255/40/17 rear performance radials.

Fast, fun, and handsome, this pretty yellow SS will make a fabulous cruiser that will knock the crowds dead at the next local cruise-in, and you can drive it with confidence knowing that someone already sweated all the details. Call today! 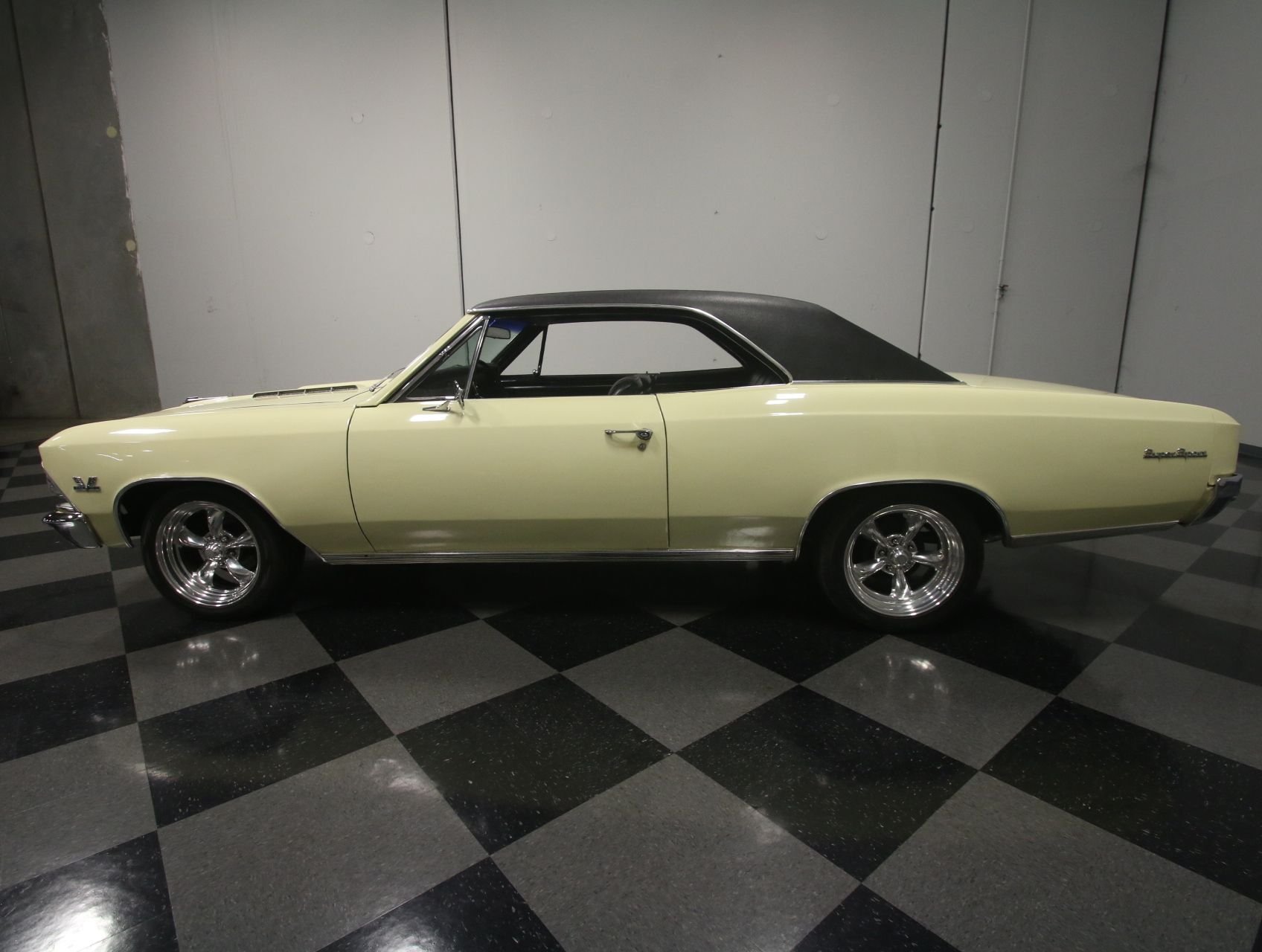