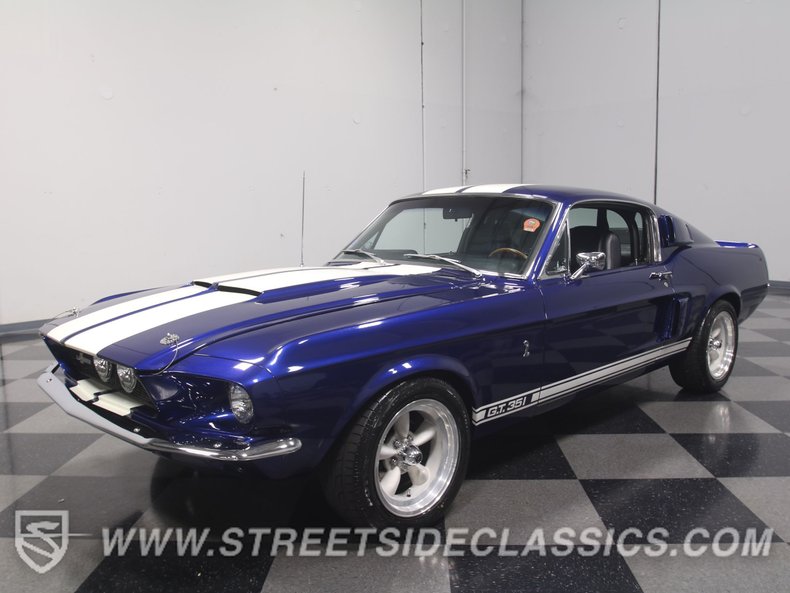 The Shelby look is so distinctive that it's still in use more than 40 years later. If that isn't some powerful branding, I don't know what is. Fortunately, this 1967 Ford Mustang fastback's good looks are more than skin deep. With a built 351 Windsor, a 5-speed, a neatly finished interior, and a few modern tricks up its sleeve, it's the right way to build a vintage Mustang.

By 1967, Shelby knew that he had a hit, and part of that was a unique look. No longer satisfied with just a set of racing stripes, Ol' Shel developed fiberglass body parts including a hood, custom rear fascia, and in some cases, a chin spoiler. This "GT351" nails all the details, and puts them all together in a very convincing way. The fiberglass is actually worlds better than Shelby's original stuff, which often warped out of shape just sitting in the sun. Finish quality is quite good, with great panel alignment, particularly out back where the new deck lid and corner pieces give it a very unique look. Add a set of sequential T-Bird taillights and you have an icon. Assorted scoops complete the look, and then the glowing electric blue paint went on, topped by a full set of Wimbledon White stripes, including custom GT351 callouts on the rockers. EVERYBODY will recognize this Mustang in your garage, but it's so much more than they think.

The interior is a bit more stylish than the typical Shelby all-black setup, sporting a set of high-back buckets from a 1969 model. It's all in excellent condition, with much of it being restored, including the seat covers, door panels, and dash. The gauges are original and still fully functional, and they include a Shelby-spec 140 MPH speedometer and those two auxiliary dials down on the console, just the way Shelby did it. Entertainment comes from a Custom Autosound stereo head unit in the center of the dash with a CD changer in the trunk. For authenticity, it also carries a rear roll bar and a set of Simpson racing harnesses to lock you in place. Shelby owners loved the fold-down rear seat in the fastback, since it allowed plenty of room for an extra set of wheels and racing tires, making it one of the more practical muscle cars of the era. The trunk is trimmed properly with a reproduction mat and includes a full-sized spare with matching Torque Thrust wheel, which is a nice touch (also note that the stripes wrap into the jambs, a sure sign of quality paint work).

The engine is a strong-running 351 Windsor V8, which is a neat fit in the Mustang's engine bay. Nicely detailed with a set of Cobra valve covers and oval air cleaner, nobody will mistake it for anything else and things like Edelbrock aluminum heads, 4-barrel carburetor, and an upgraded cam give it the power you'd expect. A few bright aluminum and chrome pieces really pop against the satin black engine bay, and the upgraded hardware includes a big aluminum radiator and a custom shock tower brace setup. The 5-speed manual gearbox is the same piece that lived in the late-model Mustangs, making the car an awesome highway cruiser, and a set of 3.73 gears on an Auburn limited slip live in the nodular 9-inch rear. Subframe connectors reinforce the tub, disc brakes live at all four corners, and there's a rumbling Flowmaster dual exhaust system to give it some attitude. Fresh 16-inch Torque Thrust wheels complete the retro look and wear a set of modern 225/50/16 performance radials.

Great looks, lots of performance, great documentation, and a fraction of the price of a real thing, all make this 1967 Mustang fastback an excellent choice. Call today! 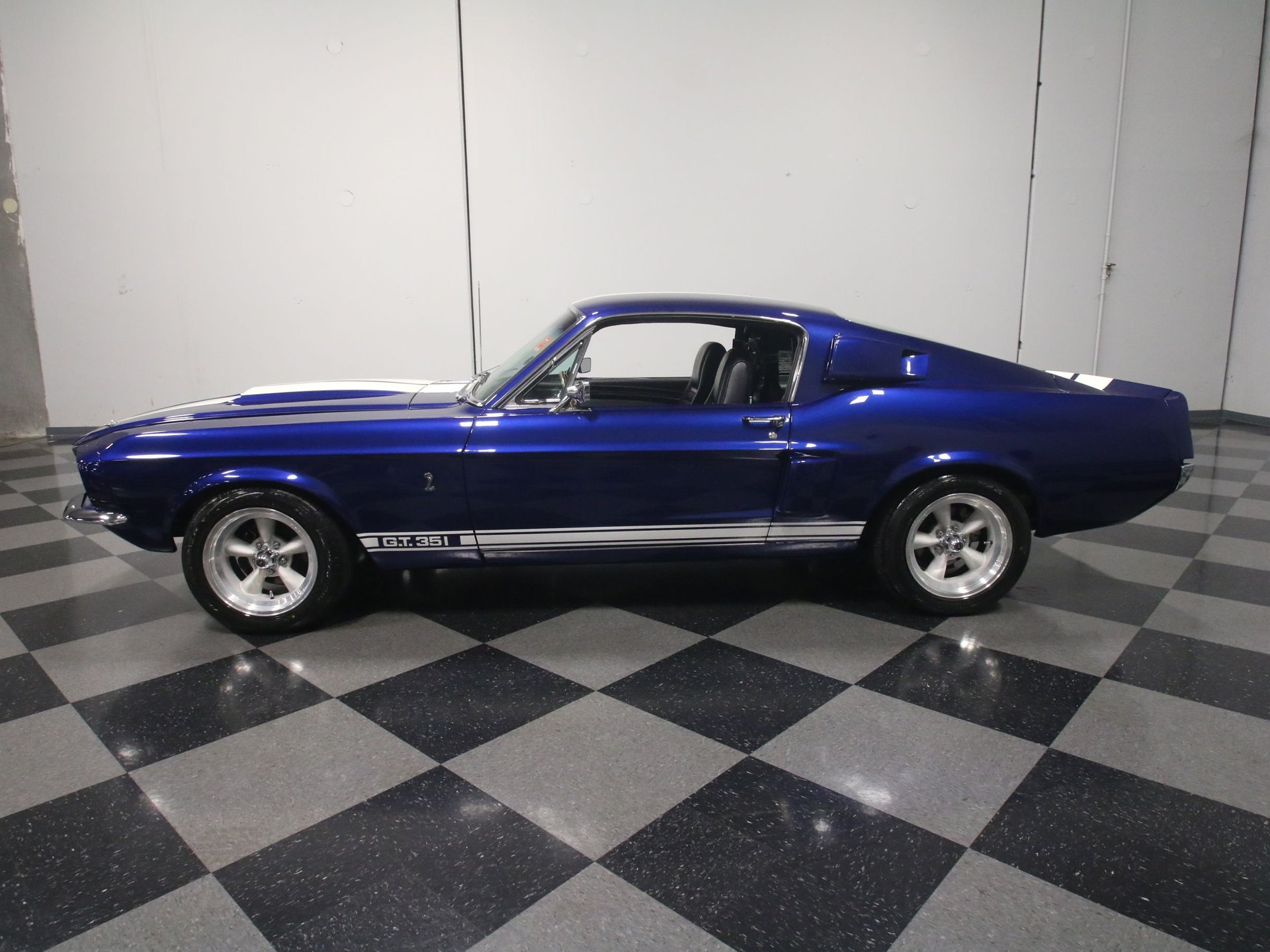