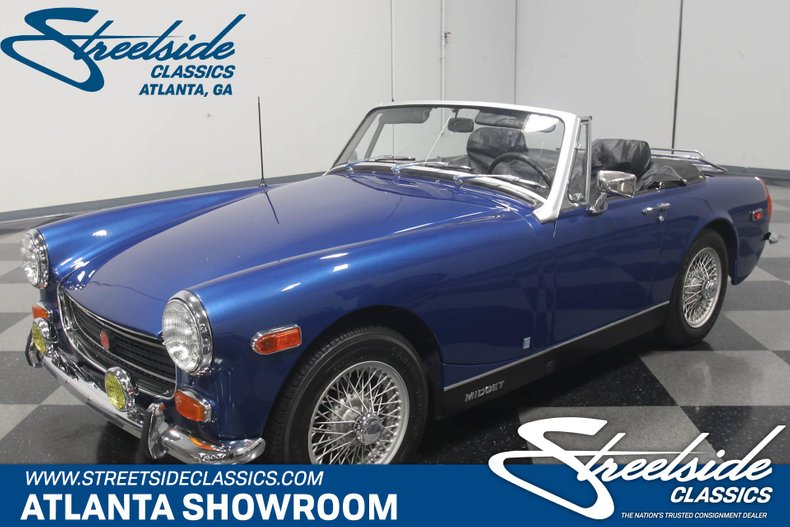 For those of you who believe that less is more, then this 1973 MG Midget will surely hold a special appeal. Sure, it's tiny, but for generations, the MG has been the standard-bearer for affordable British sports cars and remains a great choice for reasonably-priced fun today. And you simply won't find many that are as nicely finished as this low-mileage example, given their bargain-basement prices.

Personally, I like the bright blue paint on this Mark III Midget, which perfectly captures the era. With so many of these cars being bought by first-time buyers and given their propensity to rust in the most demonic ways possible, it's wonderful to find one this well turned-out with great panel alignment, nice gaps, and no signs of sag that would indicate structural problems underneath. In fact, after a lifetime of living somewhere warm, this is one of the more solid MGs we've seen recently. A decent repaint gives it a bright disposition, and like its big brother, the MGB, the early cars are the ones to own because of their chrome bumpers and delicate grille instead of the heavy rubber pieces that would show up a few years later. The rounded fender openings were new for 1973, and to many enthusiasts it is a cleaner, more grown-up look than the former squared-off arches. The chrome is probably original and looks really nice, and the car is fitted with accessories like a pair of fog lights up front and a trunk rack on the rear deck.

Once you've managed to fold yourself into the Midget's interior, you'll find it's a reasonably comfortable place to get to the serious business of driving. The bucket seats were reupholstered with reproduction seat covers and the door panels were likely done at the same time. Smiths gauges, a 3-spoke steering wheel, and somewhat wonky ergonomics are all hallmarks of British sports cars, so you'll get the authentic experience in this Midget and you'll probably be surprised by how well it all works. The original AM/FM stereo head unit lives in the dash (and it works!), but a modern CD stereo in the glove box actually provides most of the entertainment. Should you get caught in inclement weather, the black convertible top provides decent protection and is accessible from the driver's seat, and you also get a full tonneau cover that's really the best way to enjoy a British sports car. There's not much of a trunk, although it does carry a full-sized spare and matching wire wheel.

The 1275 cc inline-four dates back decades and was robust enough to endure racing in virtually stock form. It isn't fast, but the point of a car like this isn't all-out speed, but rather using all of the car's abilities at 9/10ths without risking the public's safety. At that, it excels. The engine bay is nicely detailed with twin SU side-draft carbs and correct corporate green engine enamel on the block, head, and valve cover on top. 1973 was the first year for alternators, so the electrical system is more robust than on earlier cars and the little engine runs superbly. Overall, the engine bay is neat, tidy, and shows plenty of recent work and the engine runs so well you'll be tempted to drive it to work every day you can. Underneath, it's very clean with some original parts along with a more recent exhaust system that gives it just the right soundtrack. Proper 13-inch painted wire wheels are fitted with 145R13 radials that look and fit right.

This nicely-fettered MG Midget will put a grin on your face that cars costing ten times as much can't duplicate. Call now! 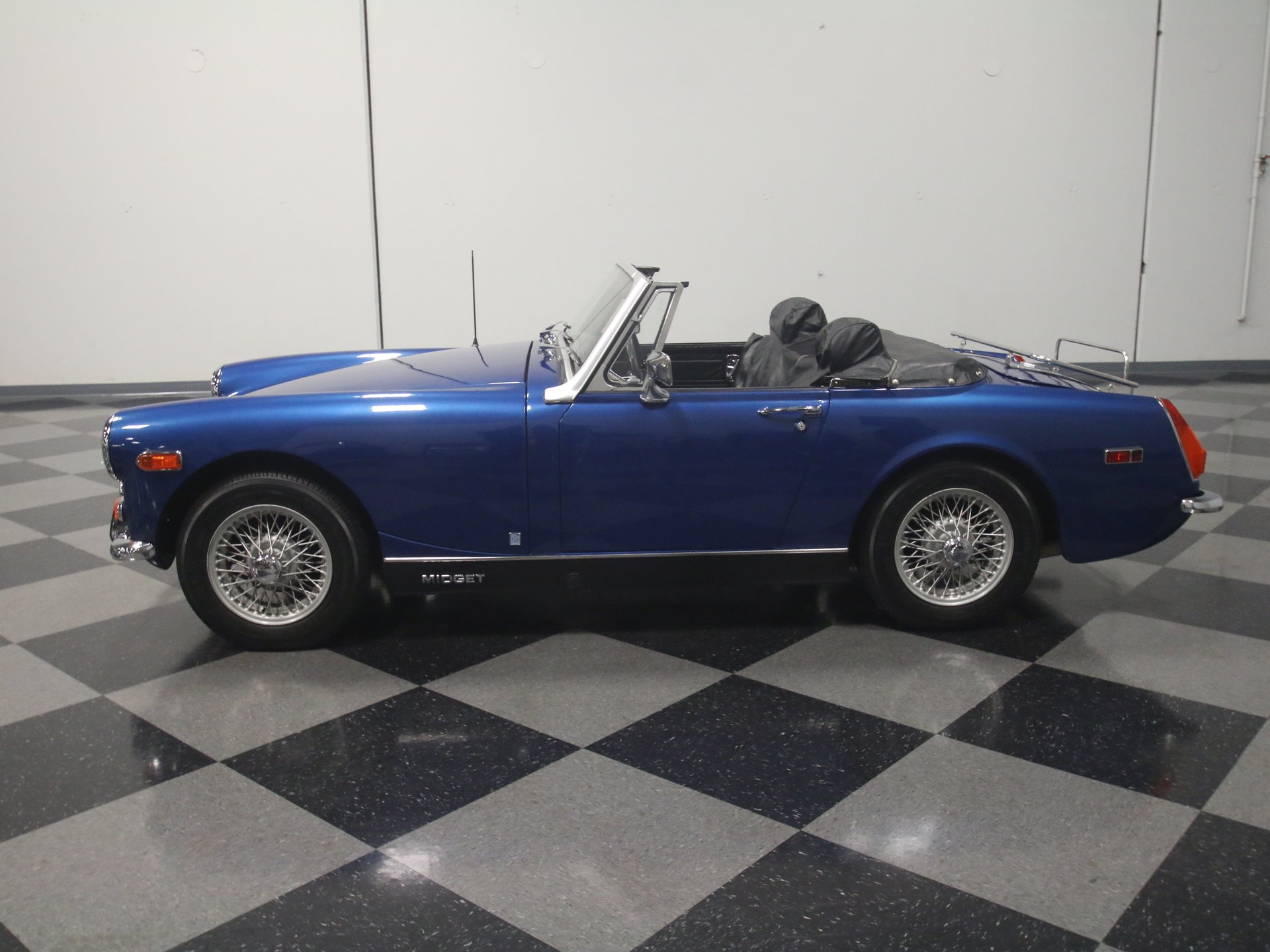