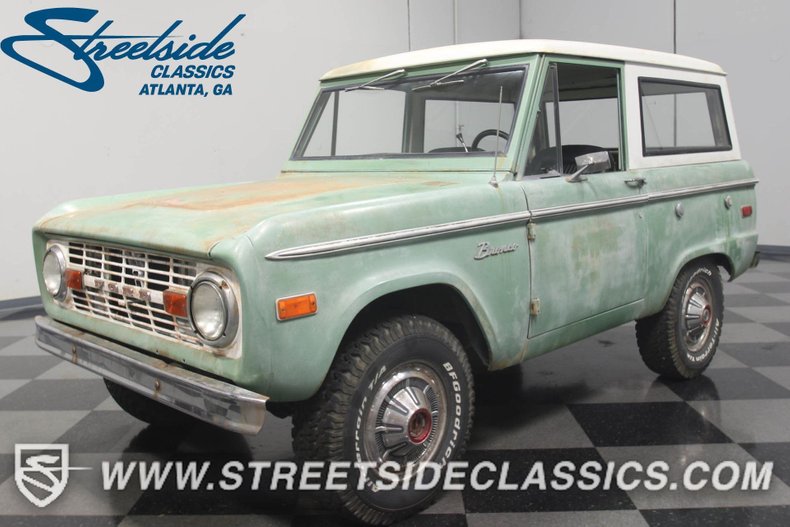 Lights... Camera... Action... And we mean plenty of action!!! Here is a very unique classic that possesses the rugged good looks of a matinee idol. Seriously. This 1976 Ford Bronco was used extensively in the award-winning motion picture "Logan" starring Hugh Jackman. Powerful and relatively compact, the first generation Bronco was one of the original multi-purpose vehicles that ushered in the SUV craze. And this diminutive brute brings loads of character and provenance to the table.

You'll be immediately mesmerized by this 4X4's tough guy appearance. It's an original Bronco with uncut fenders. That in itself is increasingly hard to find these days. The body is very straight and solid, another rarity for a truck that was essentially built to go bouncing through the woods and around the countryside. But without a doubt, the most riveting aspect of this little celebrity's eye appeal is its faux patina finish. The underneath green and white paint scheme was covered with a special Hollywood concoction of animal fat and denatured alcohol to create a distinctive look that imitates rust and dust. It does a more-than-adequate job of generating the persona of a rough-and-ready roustabout. Perpetuating an air of originality, a fairly stock stance is maintained by a set of 30X9.50R15 B.F. Goodrich radials mounted on factory rims with Ford hubcaps. The removable hard top is in great condition, and all of the chrome trim and emblems are present and show very well. It is actually an awesome-looking ride just as it sits, but the faux patina can be removed fairly easily to return the Bronco to its original presentation. Really, all options are open on this machine. It's up to you.

The interior is stock in appearance and looks to be in decent shape overall. It was purposely never cleaned after filming of the movie, so there is some dirt and dust throughout the inside that was deliberately laid in by the productions staff. A few hours of Saturday afternoon detailing would work wonders for this personable little SUV, if that's the way you want to go. The black vinyl upholstery looks and feels really nice, and the front bucket seats have been recovered. The door panels and dash all seem to be in good shape as well. A column shifter controls the automatic transmission, while a floor mounted lever engages the four-wheel-drive. Optional accessories include power steering and brakes, and an AM/FM cassette. The front cardboard headliner is beginning to sag a bit, which is a pretty common issue with Broncos from this era, but all-around, It's an excellent vintage vehicle for the guy who enjoys adding the finishing touches to the centerpiece of his car collection, or one that wants a piece of movie memorabilia.

Hiding beneath the hood is one of the most popular power plants of all time, Ford's legendary 302 V8. It has earned a well-deserved reputation for performance and durability. Powerful, economical, and darn-near bulletproof... Pound for pound, it is one of the best! This particular motor is basically stock with the correct valve covers and air cleaner, a factory Motorcraft two-barrel carburetor and electronic ignition. It starts very easily and runs exceptionally well. Fire this bad Bronco up and its throaty exhaust speaks in a low, deliberate tone that exudes confidence and authority. Putting power to the ground is the venerable C-4 automatic transmission paired up with the iconic Dana 4 x 4 transfer case with manual locking hubs. Inspect the underside of this proud machine and you'll find everything in order with no apparent issues of any kind, which is rare to find in an Early Bronco, but since this one is from California, it's lived a long life in warm weather. This EB is ready to go anywhere and do whatever it takes to get the job done. Just what you'd expect from a motion picture superhero!

You'll have to agree that this 1976 Bronco comes with plenty of personality. This would be a really fun vehicle to own, and its back story is truly compelling. And when was the last time you took a movie star home with you? This could be the day! Call now! 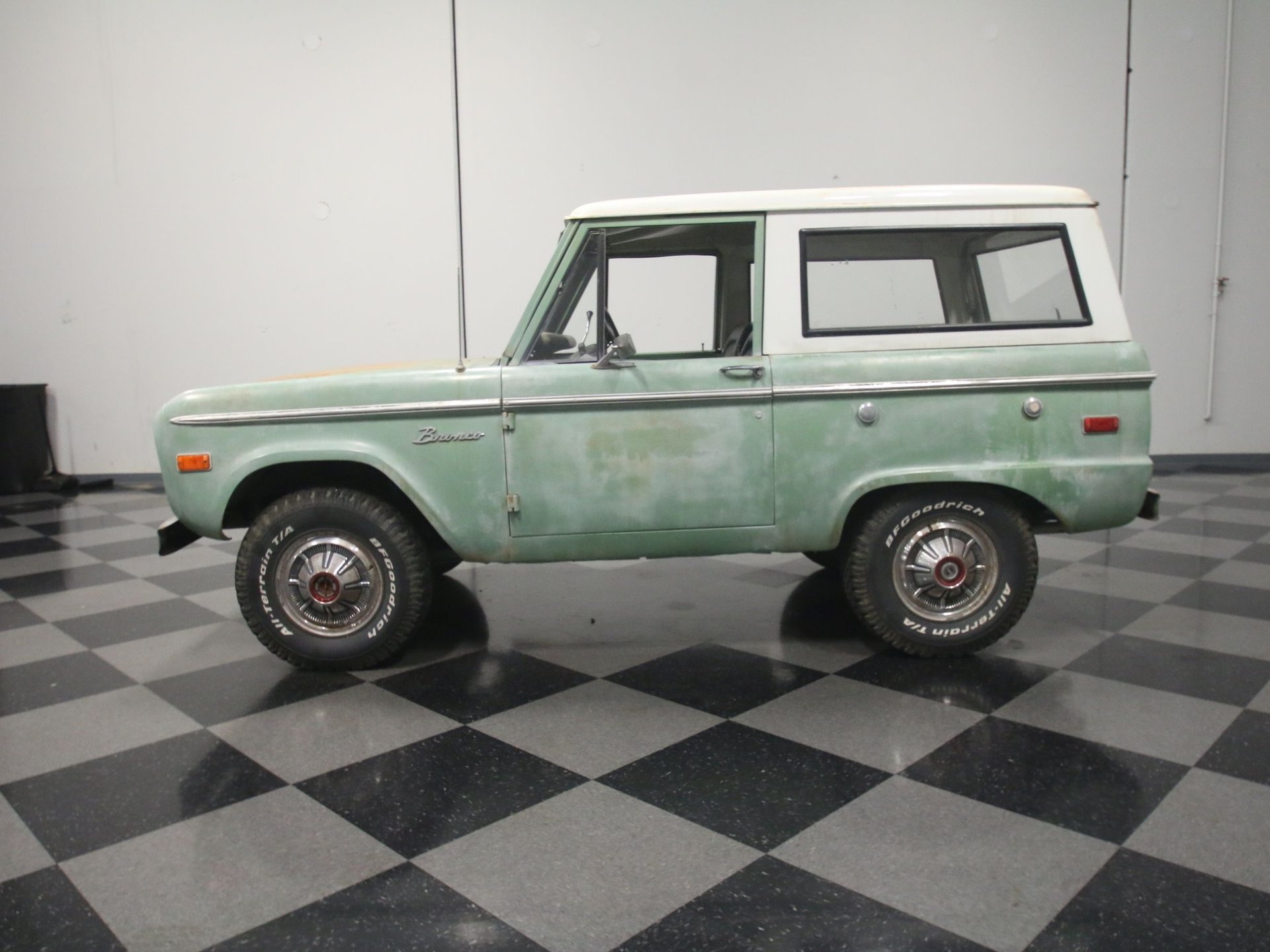