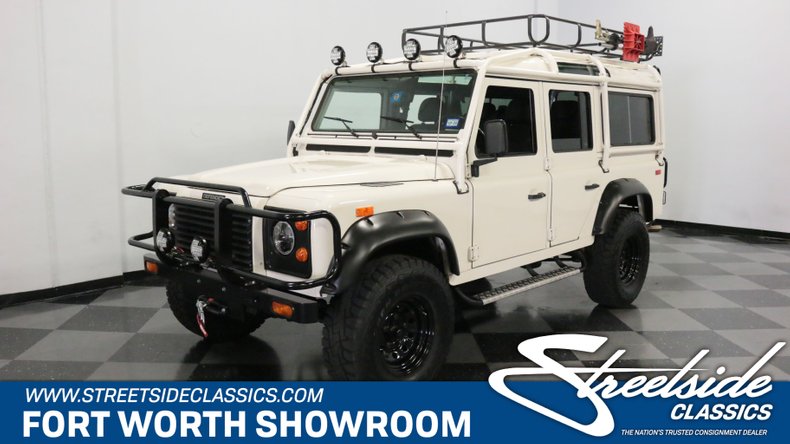 If you have someplace very remote to go, and want to do it in style, this absolutely dialed-in North American Spec 1993 Land Rover Defender 110 is the right tool for the job. Freshly refinished in beautiful Alpine White paint and a modern 3.9L V8 motor and auto trans, this rare and valuable Landy is the best vintage 4x4 we've ever featured. Period.

For the first time since 1974, we colonials were finally able to purchase a utility Land Rover (not to be confused with the Range Rover, which has been available on this side of the pond since 1987), and the first exported offering was the 1993 Defender 110 County 4x4; 500 of which were batched to the US, and 25 to Canada. Imported as an "image car", the Defender 110 wasn't expected to replace the booming station wagon market in the US, but rather as a marketing launching point for the new Defender 90 and Discovery line in North America. Looking at the lines of the 110, you know it was built for a purpose, not to be beautiful, with all of them issued a massive exterior roll cage from the factory. That's not to say that there isn't beauty in the functionality of this beast, because nobody has yet come up with anything that goes through the brush better than this. There are Landies in every corner of the globe doing unbelievable things, and this one seems eager to join them. Someone spent a great deal of money on the Alpine White paint (which was the only color you could get, save for one that was special-made for Ralph Lauren), the only color offered on the 1st year NAS 110s, and the sheetmetal underneath is incredibly straight. That means it hasn't been abused or bashed off-roading, in fact we'd be surprised if it's ever seen more than a shallow puddle in its lifetime, although it's certainly capable of traversing pretty much all of the topography on Planet Earth. The doors fit perfectly, the gaps are factory measured, and while the face has changed a bit since the early days, it's still undeniably a Land Rover everywhere you look. Big fender flares cover the oversized tires, there's a black steel bumper with an attached brush guard and incorporated Warn winch and Rigid fog lights up front, 4 Rigid LEDs installed above the front windshield, tubular nerf bars at the profiles, a massive roof rack basket accessed via a rear-mount ladder and accompanied with a Hi-Lift jack, 2 more Rigid LEDs out back, and a rear mounted spare with a heavy-duty rear bumper just below it. And despite the heavy-duty 'Safari-Cage' outside, the Alpine White top can be removed for open-air fun, although the built-in windows provide quite the panoramic views as well. Heavy-duty? Absolutely. But please don't get confused, this Landy is extremely rare, and it's in such amazing condition in could be shown in a museum.

The '110' moniker directly correlates to wheelbase length, and the extra 20 inches of reach this Landy has on the Defender 90 is felt the most inside with a configuration that seats 9. It's not as plain inside as you might expect, with twin black leather bucket seats up front separated by a center console, a leather 60/40 intermediate bench, and 4 center-facing black leather jump seats in the cargo area. The floors are covered with black rubber and commercial-grade mats and the simple gray door panels suggest that the Defender means business, And yes, it's obviously a North American-spec vehicle with left-hand drive configuration, which is the best find you could hope for this side of the pond. Factory gauges cover the basics and the controls were designed to be interpreted by people of any culture, since these were used around the world. The middle console now houses the levers for a swapped-in 4-speed automatic transmission and transfer case from a Discovery II, and factory A/C was standard in the NAS 110 and blows nice and cold. The cargo bay offers a huge amount of room and all that glass area makes it bright and airy inside with great visibility.

Power comes from the Land Rover 3.9-liter V8, standard in all the NAS 110s, and which itself was derived from Buick's all-alloy V8 dating back to the '60s. Although the 3.9L may not be as famous, the venerable Landy 4.0L that ran from '95-'03 and helped elevate the brand's already sterling reputation was derived from this 3.9L, with only minor deviations and still of the same displacement, making it essentially different in name only. Reliable and torquey, it services the Defender quite well and with proven durability in the most remote areas of the globe, you should have no worries about getting to your destination. It's been properly maintained and remains quite stock, ready to fire right up and conquer the planet for decades to come. The alternator and most of the electrical are mounted up high in case you want to fit a snorkel and drive through a lake, but the cleanliness of the engine bay suggests that it's never seen anything wetter than a car wash or someone's drool. The 4-speed automatic overdrive transmission and transfer case permit decent highway cruising and low-speed crawling with equal success, and the suspension was designed to crawl over boulders the size of Volkswagens without damage. It's incredibly solid and clean underneath, complete with Bilstein shocks and stabilizers, power steering, power front disc brakes, and heavy-duty axles fore and aft. Handsome 16-inch steel wheels have been powdercoated glossy black and wear 285/75/16 Toyo R/T Open Country off-road radials.

Editor's Note: This Landy is incredibly rare, and in incredible condition. It's basically 'Like New', drives perfectly, and its collectability and prospective value growth has no equal in the vintage 4x4 niche market. It simply doesn't get better than this, and I'm proud to have just written about it. Call today! 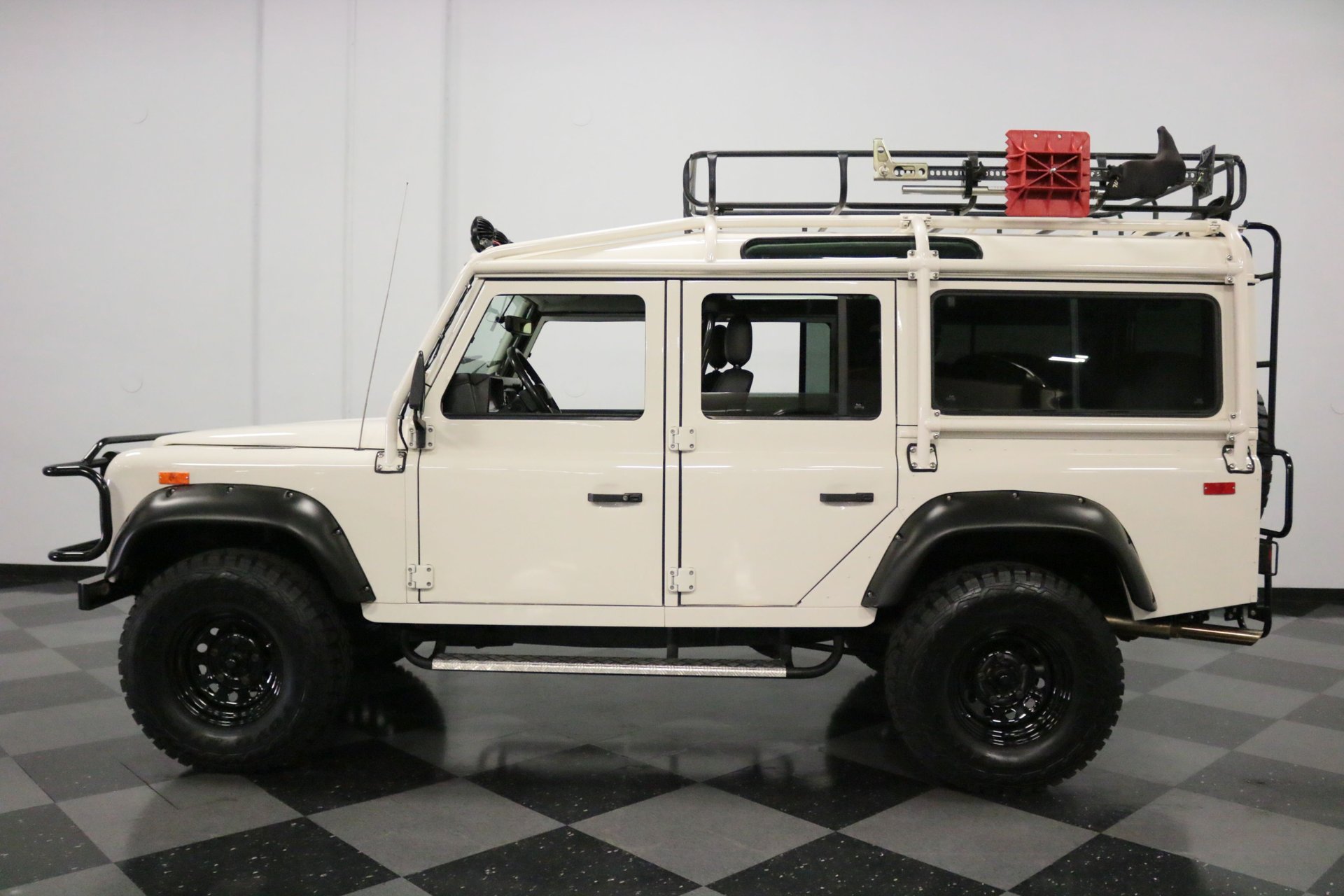