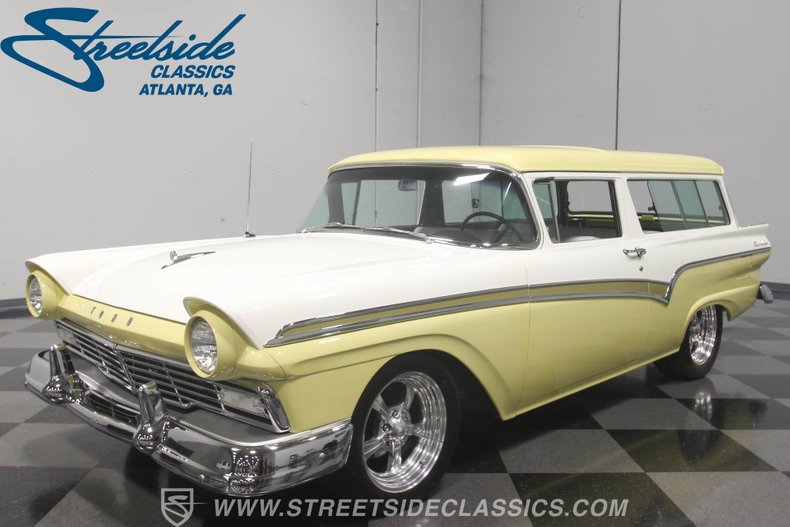 You're either a wagon person or you just don't get it, but I would wager that this very cool 1957 Ford Ranch Wagon is going to win over some converts. Ford's 2-door wagon is incredibly stylish, very practical, and with a thumping 390 under the hood, it's plenty fast to boot. Add in all the creature comforts and the perfect stance, and it's suddenly not so difficult to understand why wagons are so popular.

If this were a Chevy, it would cost twice as much and you'd see one at every show you go to. Want to stand out? Drive this Ford instead! The beautiful 2-door Ranch Wagon is arguably the best-looking 1957 Ford, with ideal proportions and so many cool details that it'll take you hours to see them all. Nothing on the outside of this car has been modified, so that's just how this car might have looked in 1957, killer stance notwithstanding. The Inca Gold and Wimbledon White paint job is pure 1950s cool and works extremely well in this car's case, keeping the overall look subtle. That isn't to say this car doesn't stand out, however, because it's very nicely finished with a great shine to the paint and excellent masking between the two colors wherever it's visible. A car like this is incredibly demanding to restore, but there are no signs of shortcuts and if there's any demerit, it's a little bit of wear on the edge of the tailgate. All the factory trim was restored, including the gold anodized inserts on the sides, and the chrome has been brilliantly re-plated so it shines up great.

The interior doesn't go too far away from stock, either, with original bench seats wrapped in elegant two-tone vinyl. The patterns look very much like they would have in 1957 and with the addition of the tobacco brown carpets, it looks very upscale indeed. The original steering wheel and gauges were retained and restored, although there are auxiliary gauges under the dash and a tach strapped to the steering column, so you get a better view of what's going on up front. There's also a modern A/C system working behind the scenes, making this a fantastic long-distance highway cruiser. And yes, that's a 4-speed shifter with Hurst linkage and a cue ball knob right in the middle of it all. It also includes a modern JVC AM/FM/CD stereo system, which seems to power up but doesn't make any sound, so that's one thing that might need to be checked. Otherwise, get in, turn the key and GO!

And go you will, thanks to 390 cubic inches of Ford FE V8. Borrowed from a 1960s performance machine, it's topped with a Big Holley 4-barrel carburetor and intake manifold, upgraded electronic ignition system, and a set of block-hugging long-tube headers. A few chrome dress-up parts look right and there's a giant radiator up front to keep it all cool. It runs great with almost effortless torque at any speed, and with the 4-speed gearbox, it's easy to forget there's a cargo bay behind you. It's extremely clean underneath, with solid floors and obvious attention to detail, and the custom Flowmaster exhaust system sounds fantastic. No, it won't make anyone think it's stock, but it will get you noticed. The suspension has obviously been lowered a bit and there are disc brakes up front for safety, always a good idea. 17-inch Billet Specialties wheels are exactly the right choice and carry 245/45/17 front and 255/50/17 rear BFGoodrich rubber.

A gorgeous car that looks as good inside as it does going down the street. Falling in love with wagons is easy when they're as pretty as this. Call today! 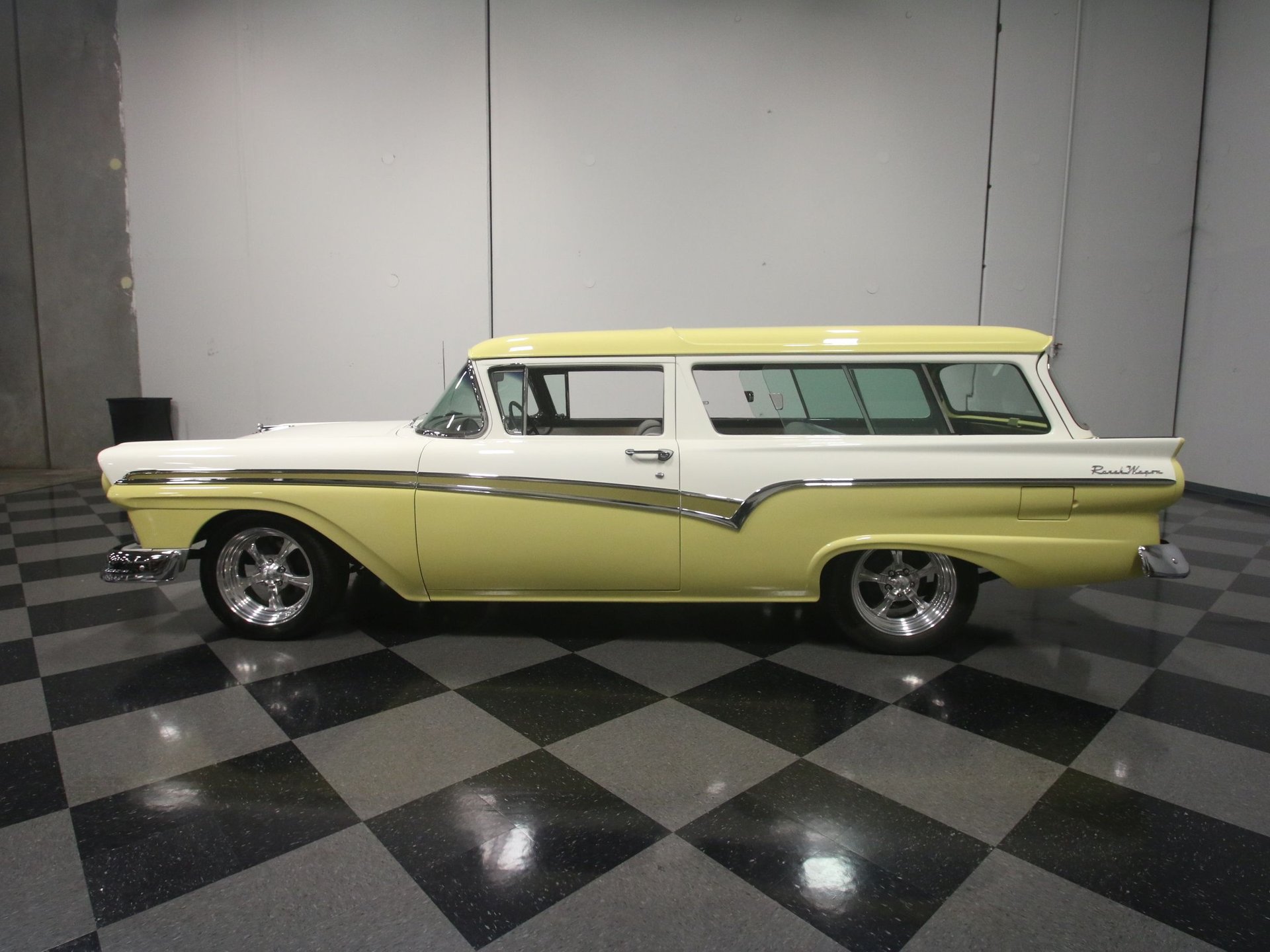