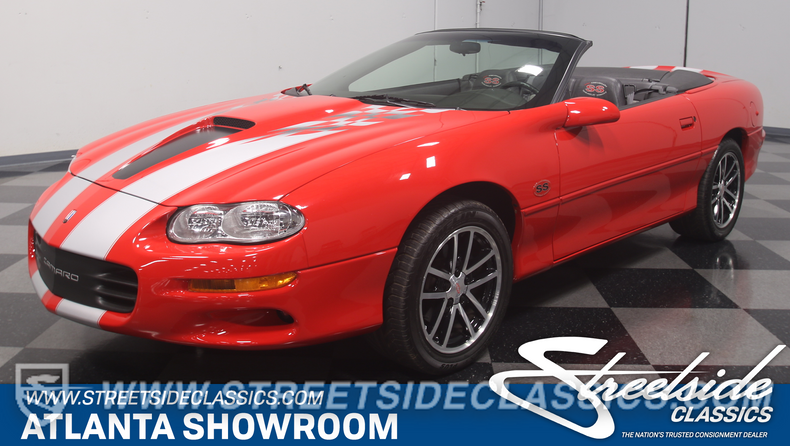 Never one to miss a chance to create a special edition, GM gave the Camaro a very special send-off in 2002 with this 35th Anniversary Edition ragtop. On top of the SS's 325-horsepower Corvette-derived V-8, anniversary editions added exclusive hood, stripes, 35th Anniversary badging, and special wheels. Only 3000 Anniversary cars were built, but of those only 1398 were convertibles, making this three-owner SS a very rare piece.

Showing just 15,589 original miles, this is a very well-maintained Anniversary Camaro. From the day it was purchased by its first owner, it has been treated like a treasured collector's item, not mere transportation. As a result, it has been only driven about 1000 miles per year and always preserved indoors during inclement weather. The special Anniversary paint scheme, with its wide silver SS stripes that dissolve into checkered flags, was penned by noted designer John Cafaro, who also did many of GM's pace cars and his influence is obvious. Someone clearly cared for this car and waxed the paint religiously, giving it a shine that is perhaps better than new, thanks to years of hand-buffing. There's almost no sign of road rash on the nose or rockers, and it has never been hit or damaged in an accident. The top seals up well and all the special 35th Anniversary badges remain in place, easily identifying this car as something special.

Two-tone black and gray leather was standard equipment on the Anniversary models, and just in case you missed the searing red paint job and badges, 35th Anniversary logos were embroidered into the headrests, and there's a separate Anniversary badge on the center stack. These cars came only one way: loaded, and it includes things like A/C, power windows and locks, cruise control, a tilt wheel, and a powerful AM/FM/CD stereo system. The seats look quite good with only very minor wear on the driver's seat alone, while the rest of the interior looks almost new including the trunk area. The black power convertible stows itself with the push of a button and the original semi-rigid boot is included, complete with storage bags in the rather narrow trunk. But hey, it's a Camaro convertible; if you want storage capacity, buy a truck!

The Anniversary Camaros received a Corvette-based LS1, rated 325 horsepower, although performance figures suggest that the real numbers were closer to the Corvette's 345. Whatever the number, the SS is a formidable machine on the road, and the LS1 has quickly become legendary for reliability and ease of modification. For those reasons, it's increasingly difficult to find an SS that hasn't been raced, abused, or modified, but this is such a car. It does have a K&N air filter, but that's about it for modifications aside from the SLP upgrades that were part of the package. The four speed automatic transmission offers lightning quick shifting and enough torque capacity to easily handle the LS1's output, and one glance underneath will convince you that this car has never lived someplace with snow in the forecast. Unique 10-spoke alloys with black inserts wear brand new 17-inch Michelin Pilot radials.

In short, if you're looking for a Camaro that's sure to appreciate in the future, this 35th Anniversary model might be a smart choice. Complete with manuals, original window sticker, and other papers, this is the one to own. Call today! 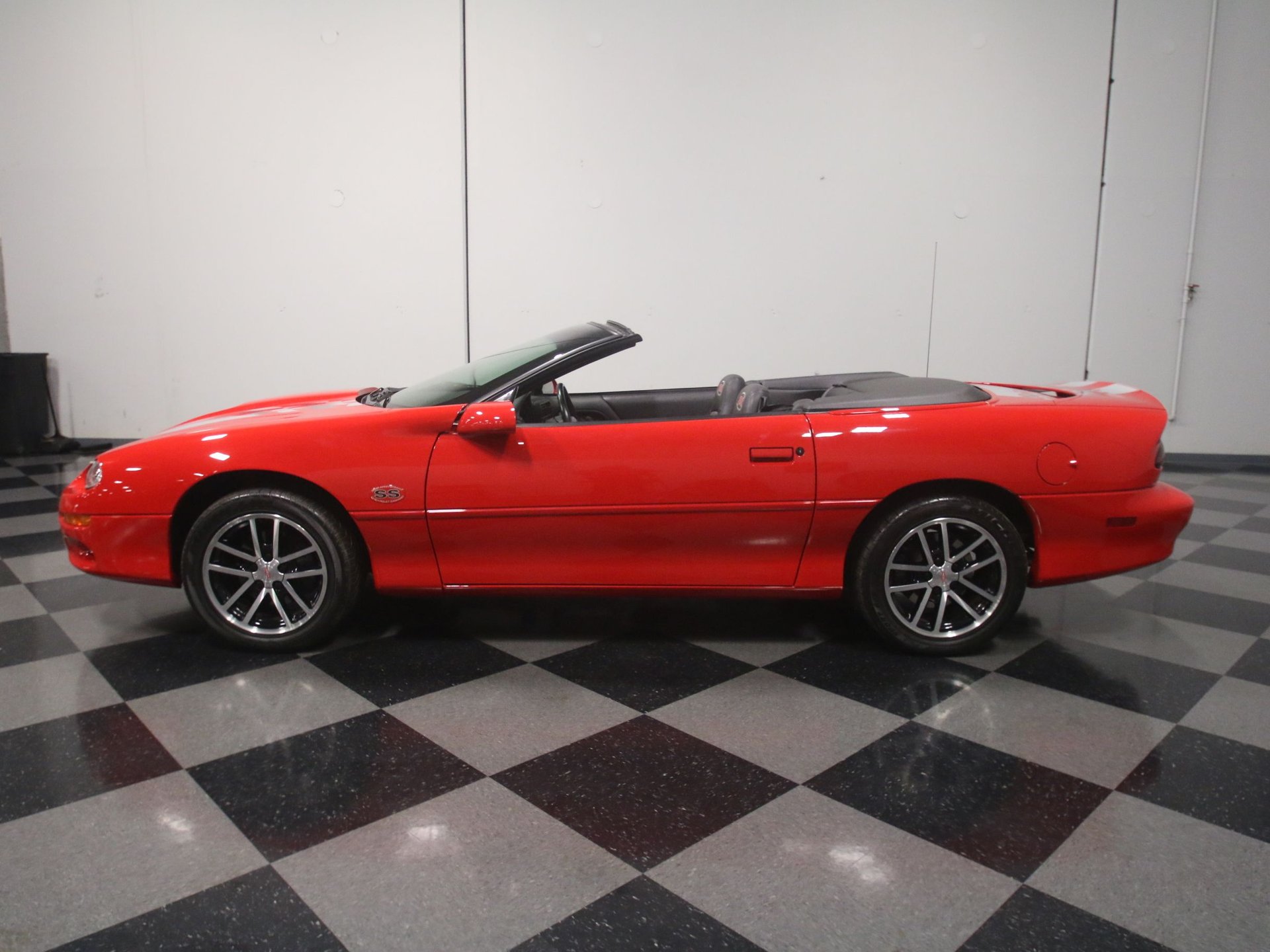