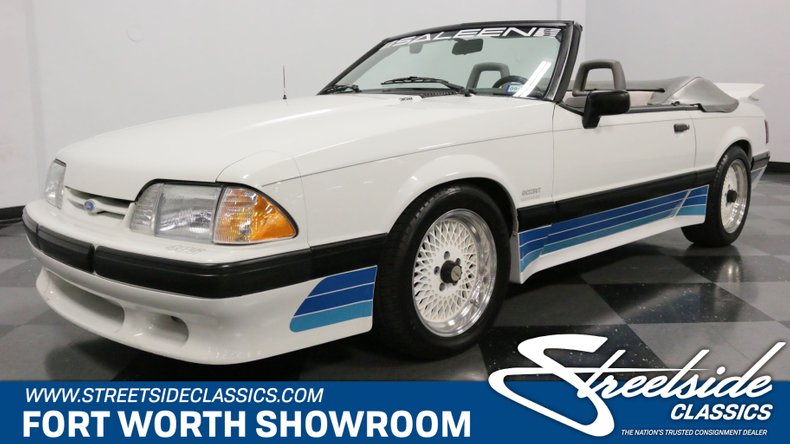 Will Saleen Mustangs become the Shelbys of the 1980s? We wouldn't bet against them, particularly when cars like this 1988 Ford Mustang Saleen Mustang convertible remain eminently affordable when you consider the pedigree and popularity that comes with a droptop Saleen Foxbody. Prices can only keep going up from here, right? (Hint: Yes!)

Saleen was always quick to point out that they were not a mere "tuner" but rather a small-volume manufacturer, and in terms of collectability, that makes a world of difference. It means that this low-mileage, uber-rare Saleen (Only 137 Saleen convertibles were made this year) has a Saleen VIN and serial number, ensuring its exclusivity. And while Saleen would sell their parts to the average Mustang owner, having one with that all-important serial number ahead of the driver's headlight means the world to enthusiasts. With just 50,286 original miles, it's one of the more untouched Saleen's we've ever featured and it shows a lifetime of expert and careful maintenance. The Saleen body kit is stylish yet restrained, save for the massive rear wing which was the car's most distinctive feature. The white paint is in good condition overall, and you can't even tell where the Saleen parts were added and the factory paint ends, which is a testament to the care with which these cars were built (they were roughly twice as expensive as standard Mustangs). Sure, there a few signs of use and age here and there, but nothing makes an entrance quite like a convertible Saleen, and we doubt the open-jawed gawkers will even have a chance to notice. The distinctive Saleen graphics package highlights the rockers and it still carries its Ford-applied pinstripe along the flanks, too. All of it remains in original, survivor-grade shape, making this an excellent choice for future appreciation.

Befitting the $25k original sticker price (that's assuming the original owner didn't pay over MSRP, which happened a lot back then due to demand), Saleen interiors had sporty and luxurious interiors that were unrivaled in American sports cars in the '80s. Special two-tone buckets were wrapped in gray vinyl that's both grippy and smooth, along with those unmistakable open headrests just above. The original rear seat was finished to match, as were the door panels that include 'Saleen Mustang' scripted inside. Other Saleen touches include a MOMO steering wheel, 170 MPH speedometer (the original went to 85, which was pretty lame), and original Saleen floor mats to protect the plush carpets below. All the other Ford options were standard, too, including A/C, power windows and locks, power mirrors, and a power folding top that stows under a matching gray boot. The only deviation from stock is an upgraded Kenwood AM/FM/CD player, although the upgrade is welcomed over the Saleen issued Pioneer unit. As you'd expect, everything is in very good condition with only minor signs of use, which is typical of low-mileage Foxbody Mustangs. Even the trunk looks barely unused!

Ford's venerable 5.0 liter V8 was left pretty much factory-stock, but when you're the king of the streets already, there's not much point to changing the successful formula. Saleen included a special engine calibration as part of their upgrades, yet the car is docile enough to be a daily driver With the Racecraft suspension, the Saleen could still run circles around anything this side of a Porsche 911, and with the oversized SC throttle body, it has right-now throttle response. Saleen added a strut-tower brace, subframe connectors, and a front-cradle brace to stiffen the convertible's chassis in a very noticeable way, which makes the upgraded suspension all the more effective. They also remedied the Fox Mustang's biggest liability with proper 4-wheel disc brakes and 5-lug hubs, which make a huge difference in the way this car feels on the road. Drive this back-to-back with any other Fox Mustang and they don't even feel like the same kind of car. This droptop is fitted with arguably the most handsome wheels ever created: the Saleen Autosport/American Racing mesh alloy wheels, which are color-matched and wearing 225/50/16 Michelin Pilot rubber.

Well-maintained and beautifully preserved, this low-mileage Oxford White droptop comes documented with a copy of its original window sticker and original owner's manual, and is primed and ready to continue to shoot up in value. It's over 32 years old now, and the new generation of collector's view the Saleen droptop as one of the top Mustangs ever made, and in our opinion, it's about darn time. Call today! 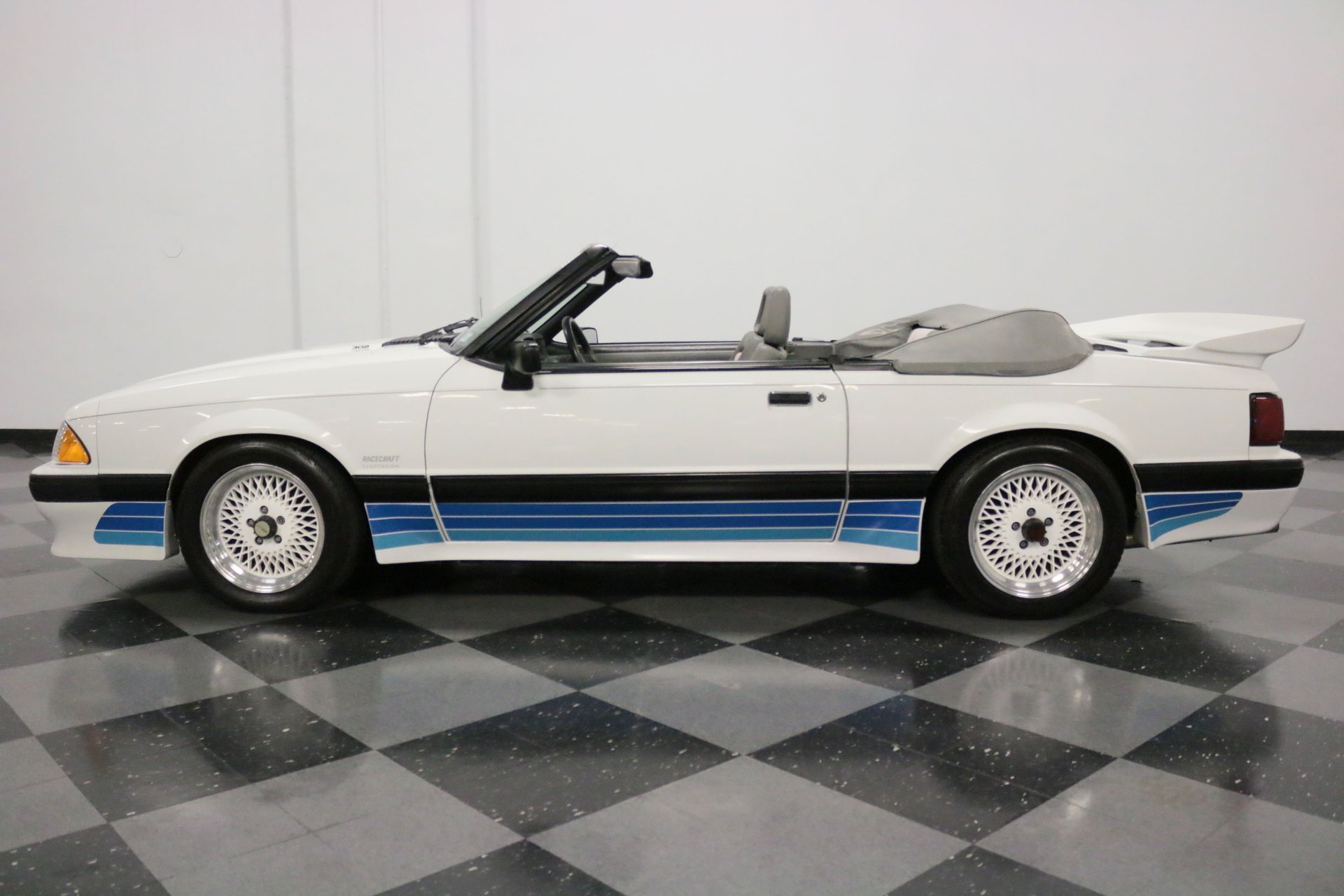