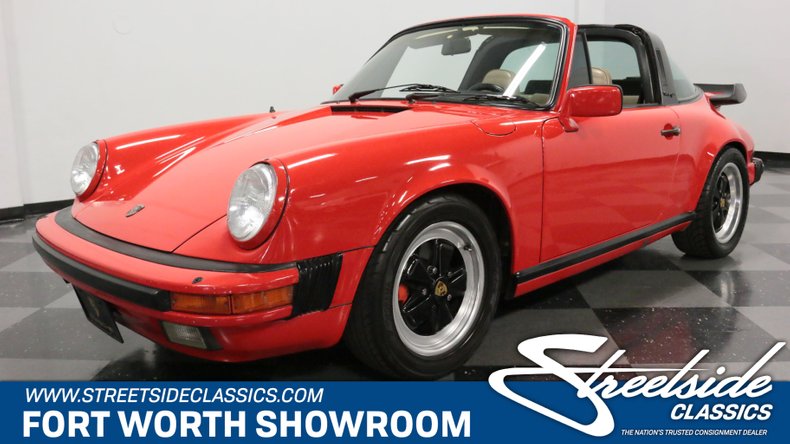 No air-cooled 911 is ever out of style or obsolete, but this 1984 Porsche 911 Carrera demonstrates that some can be more contemporary than others. Wearing its original Guards Red paint and a classic tan leather interior, it has a very modern look with plenty of performance to match. Vintage survivor Porsches with no modifications are difficult enough to find these days, let alone ones that are as nicely preserved as this steely-eyed sports car.

The Carrera moniker was revived in 1984 to replace the 911SC, marking the start of the final iteration of the original 911 series, before all the major redesigns were to begin 5 years later with the 964. So yeah, this car will always be very popular with Porsche fans. Guards Red is the quintessential 911 color, and given Porsche's legendary quality control, it shouldn't be a surprise that it still looks this good more than 36 years later. It's always in fashion, but on a Porsche, it's something else entirely. Despite the reasonable price, this car still looks expensive and remains on many enthusiasts 'must-have' lists. Of course, like any high-end sports car, the shine is critical, so the fact that this 911 is ultra-straight and still fits together with typical German precision makes things that much more dramatic. It's showing a few signs of age, of course, because there's no way to hide from time, but things like the front spoiler with integrated fog lights (basically the only external difference between the 911SC and the 911 Carrera), color-matched mirrors, flat, smooth flanks, and aggressive whale-tail spoiler out back all look great and haven't been abused by the daily grind. All the black trim is likewise in good order, showing no UV damage and very little fading, and because this is a Targa top 911, this coupe has two very dynamic looks. This sucker still looks like a million bucks, which is simply incredible after almost 40 years of dominating the asphalt.

The light tan leather interior looks far more contemporary than the car's age would suggest. The high-back buckets are supportive but not constricting, perfect for high-speed blasts along your twisting mountain road or a long-distance trip to the coast. The seat covers do show some age, with slight wear and few scuffs, but nothing anywhere close to what would even be considered as commensurate with the miles. And if brand new is what you're after, fortunately replacements are relatively inexpensive and could pay big dividends in terms of resale value, although we certainly prefer to boast about the originality of a legend like this. The factory VDO instruments, with the big tach front and center in traditional Porsche fashion, are in excellent shape and there's a fat steering wheel with the traditional Porsche floating horn button. An upgraded Kenwood AM/FM/CD head unit is the lone deviation from stock inside, but we certainly welcome the thought of blasting some tunes with the Targa top off. And the important thing is that this car delivers a traditional Porsche feel with floor-hinged pedals, a 5-speed shifter that takes a firm hand to master, and a rear seat area that's more for storage than passengers. Up front, the boot is finished in gray fabric and houses the original spare and jack set underneath.

The biggest upgrades from the SC came under the bonnet, where the new Carrera got an extra 200 cc displacement thanks to a longer stroke, for a total of 3.2 liters and a nice, round 200 horsepower and 185 pounds-feet of torque. (Note: These horsepower numbers are widely disputed as being conservative, with North American 911s reported to have 207HP at 5900RPM, and 237HP at 5900RPM for most other market 911s) A modest compression ratio increase to 9.5:1 was also ushered in, as was the brand new and soon-to-be renowned Bosch Motronic fuel injection system that improved fuel efficiency despite the increase in overall horsepower. With only about 2700 pounds to lug around and with all the weight over the rear wheels, acceleration is far more impressive than the numbers would suggest (0-60 in 5.3 seconds) and the joy of an early 911 is that you can use more of its performance without getting in over your head. And despite being incredibly modification-friendly, this boxer is almost totally stock (aside from an aftermarket cold-air intake), so maintenance and reliability are uncompromised. The transmission shifts with that typical 911 precision and the floor-hinged pedals invite you to dance. The burly flat six roars through a great-sounding exhaust system and the suspension is supple enough to use daily if that's your choice. Traditional Fuchs alloys with black centers and machined aluminum rims give it a familiar Porsche look and carry staggered 205/55/16 front and 225/50/16 rear performance radials.

Any vintage air-cooled 911 is going to be an awesome car, but if you're looking for one with movie star looks, a bargain price, and has the performance to make you smile, look no farther than this Carrera. Call today! 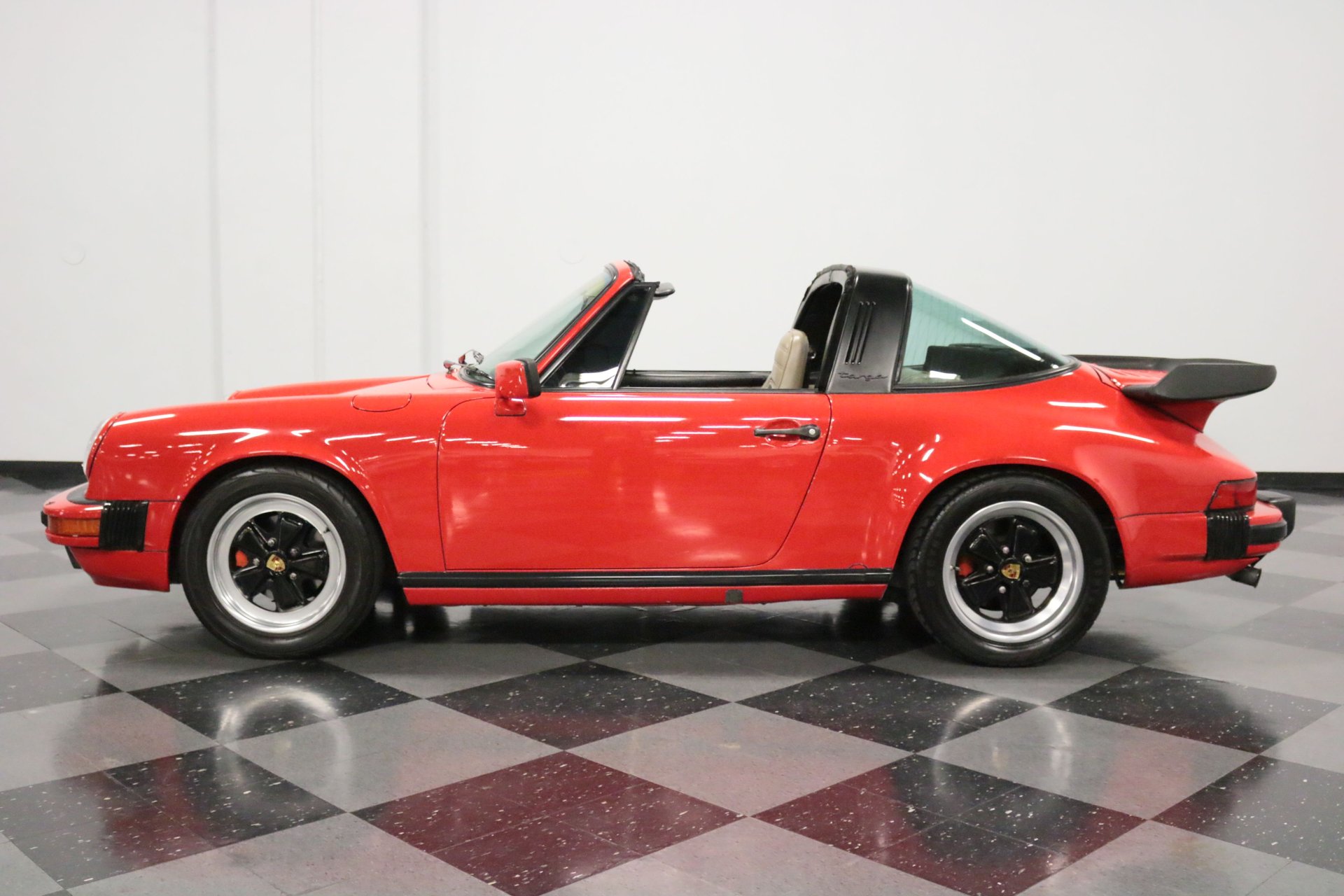