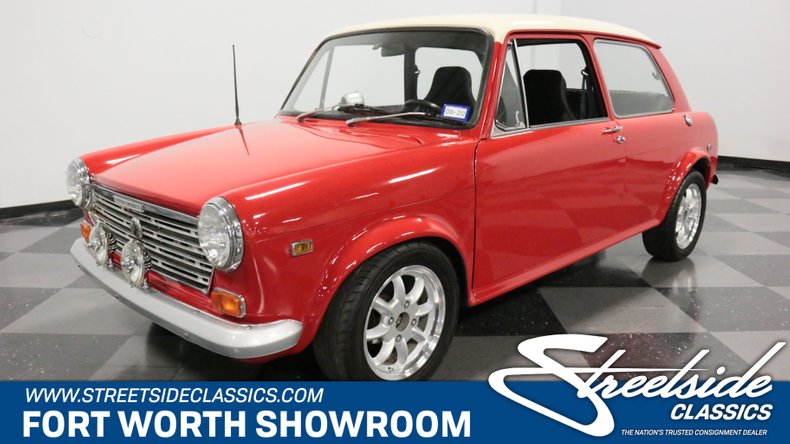 This one is just too much fun to pass up. It only takes a quick glance to know that this 1970 Austin America Restomod is not just some classic British economy car. The bright red paint, wide wheels, and raked stance are just a hint at the speedy VTEC motor, five-speed manual, and custom sports suspension that lies underneath. Expertly restored and packing a modern JDM punch, this upgraded British classic is one of the coolest restomods that we've ever featured. Successfully pulled-off with awesome results, this ambitious build melds two eras and two continents together so seamlessly, that we're thinking this may be the beginning of an entirely new collector's niche.

Following the massive success of the Austin Mini, British Motor Company (later called British Leyland) wanted to offer a larger and more sophisticated vehicle to their line-up. From there came the ADO16 line of vehicles. More commonly offered as the Austin/Morris/MG 1100 models (among several others), the Austin America 2-door was specifically developed for the States to come do battle with the VW Beetle. This model might have certainly helped put England on wheels, but it's a rare sight that attracts plenty of attention at car shows on this side of the Atlantic. That's because despite the widely disputed US sales numbers (some people claim 59,000 units sold in the US between the '68-'72 production years, but do you or your parents ever remember seeing one?), their weak horsepower numbers and propensity to rust right off the boat weren't exactly attributes that the American public was willing to live with. Nevertheless, no one would argue that the look of this car isn't fantastic, similar to a combo of the MGB GT and Mini, two cars that entire world has always loved. The red finish is in excellent shape and appears brighter than what came on the Union Jack version, and the white hardtop provides just enough contrast to make the car really pop. The bodywork is laser-straight, gaps are excellent, and the fender flares give this early 'hot hatch' an extra-aggressive look and allow for a taller tire to be wrapped around those Minilite-style wheels. The trim, badges, bumpers, and brightwork are all in excellent shape as well, and the awesome Austin America grille is further enhanced by the fog lights mounted on the bumper just ahead of it.

Part of what made British cars from this era so revolutionary was that despite their relatively diminutive sizes (like the Mini), pushing the wheels to the corners are far as possible meant four people could genuinely fit inside. But while those roots are more utilitarian, this one has been nicely upgraded to reflect its classic status. Stylish high-back vinyl black buckets with cloth inserts up front give it a sporty appearance, while the vinyl rear bench even has an arm rest that demarcates the two seating positions. And this look coordinates nicely with the carpeting, door panels with aluminum handles, and restored dash to deliver a very uniform and thoughtful feeling inside. This full restoration has truly turned this cabin into a comfortable place to spend so time. A Pioneer AM/FM/CD/AUX player provides the entertainment, there's a tachometer mounted on the dash to monitor the added revs, and the original three-spoke steering wheel and manual shifter in the floor feel great in the driver's hands. Out back, the rear hatch opens and reveals a relocated battery and jack set, and still has enough room for golf clubs or travel bags.

Under the hood is the where the real story begins, with nothing left from Britain in the engine bay except the build plate. Instead, you're looking at a highly desirable and modified 1.8-liter DOHC Honda VTEC Type R that was fitted so expertly that it almost looks like it was born there. Freshly built and in excellent order, this peppy import block hammers down around 220 horses, and really moves the lightweight body of the Austin with ease, with a quick scream off the line and an easy flick into the corners, and thanks to the thick aluminum (or shall I say, aluminium?) radiator angled in nicely, it stays cool up and down the tachometer. You get full control over this speedy powerplant thanks to the upgraded Type R 5-speed manual transmission with a limited slip differential, transplanted from a late-model Acura Integra. You'll love darting down the road in this one thanks to a beefed-up independent front suspension and more substantial arms and coilover shocks in the rear, and the front disc brakes help this little Brit stop on a dime. Finishing off the look, aluminum VTO Performance wheels give the car that Minilite look, and are wrapped in grippy 185/55/14 Yokohama radials.

Everything about this Austin Restomod is impressive, including the affordable price, so we know it will be leaving us soon. Call today!!! 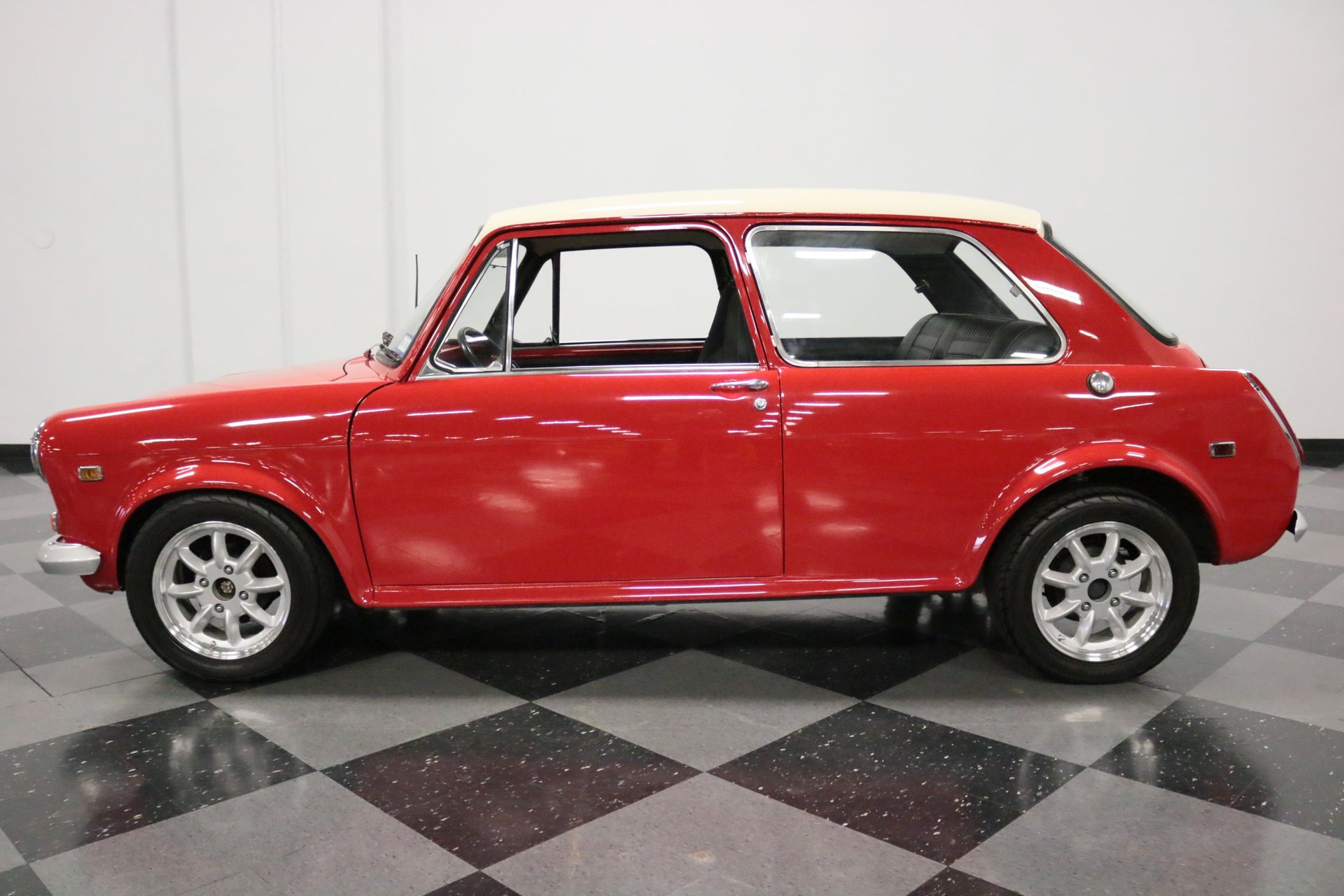