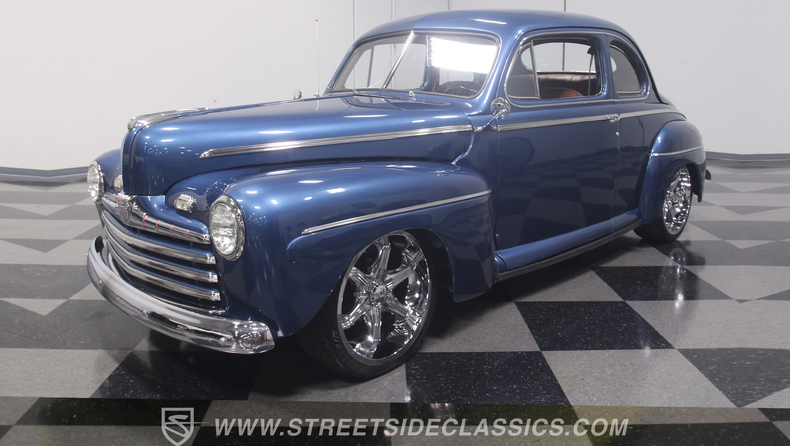 Fat-fendered Fords don't get much cooler than this 1946 Ford Deluxe coupe dressed in beautiful blue paint. These cars offer full-sized comfort and distinctive good looks, making them some of the most popular for a full makeover like this. With a Ford 5.0 underneath, this one also drives as good as it looks and keeps Blue Oval fans happy with its pure Ford DNA.

The first thing you notice about this big, blue Ford is that all the bodywork is stock. It's not perfect, but there's enough clues to show that some skilled metalworkers were behind the build, and the way it comes together makes the upgrades underneath entirely invisible. The effect of that lowered stance is that the formerly chunky '46 Ford shape looks lean and sleek, with a distinctively muscular crouch. The '46s were essentially warmed-over '42s, but there's still a ton of brightwork, including the stock hood ornament, polished grille with red highlights, and the wonderful trim along the fenders, something that would disappear after '46. Running boards were gone, but you can see a hint of them, and the way the body fits together, you'll spend more time looking at details than defects, because even though it's an older build, this coupe still looks awesome. The beautiful oval rear window is one of the car's best features, and it ties in neatly with the factory taillights.

The interior is art rendered in acres of brown leatherette that looks upscale and inviting. Bucket seats from a late model form the foundation, and the rest of the sculpted interior was formed around them. Supple hides cover the artfully designed door panels, the seats, and the custom center console, and the back seat area is still big enough for three passengers. The original dash was retained, including the original gauges (which sadly aren't operational but could easily be converted), and the big speaker grille was chromed instead of painted to really dress things up. The A/C controls were neatly integrated into the dash in the center stack and there's an AM/FM/CD stereo that sounds great. A 3-spoke wheel hangs on a tilt column and nicely stitched carpets would look just as at home in a Lexus as they do here. There's also a giant trunk that's been upholstered to match the interior and looks ready for a road trip.

A Ford 302 cubic inch V8 provides motivation, and there are few better choices for your vintage Ford than the venerable 5.0. Clearly built to run, it features a pair of Edelbrock carburetors, dual exhaust, and an MSD ignition system, all dressed up with billet details that make it sparkle. A serpentine belt drive system ensures reliability up front and there's a giant aluminum radiator with an electric fan. The independent front suspension includes power steering, disc brakes, and a fat sway bar, while out back a GM 10-bolt rear end handles the torque. A 3-speed automatic transmission makes for easy cruising and unbeaten reliability, and it rolls on a set of handsome chrome wheels with low-profile rubber that looks right.

Professionally built for a figure that was surely two or three times the asking price, this cool Ford will always be the center of attention. Call today! 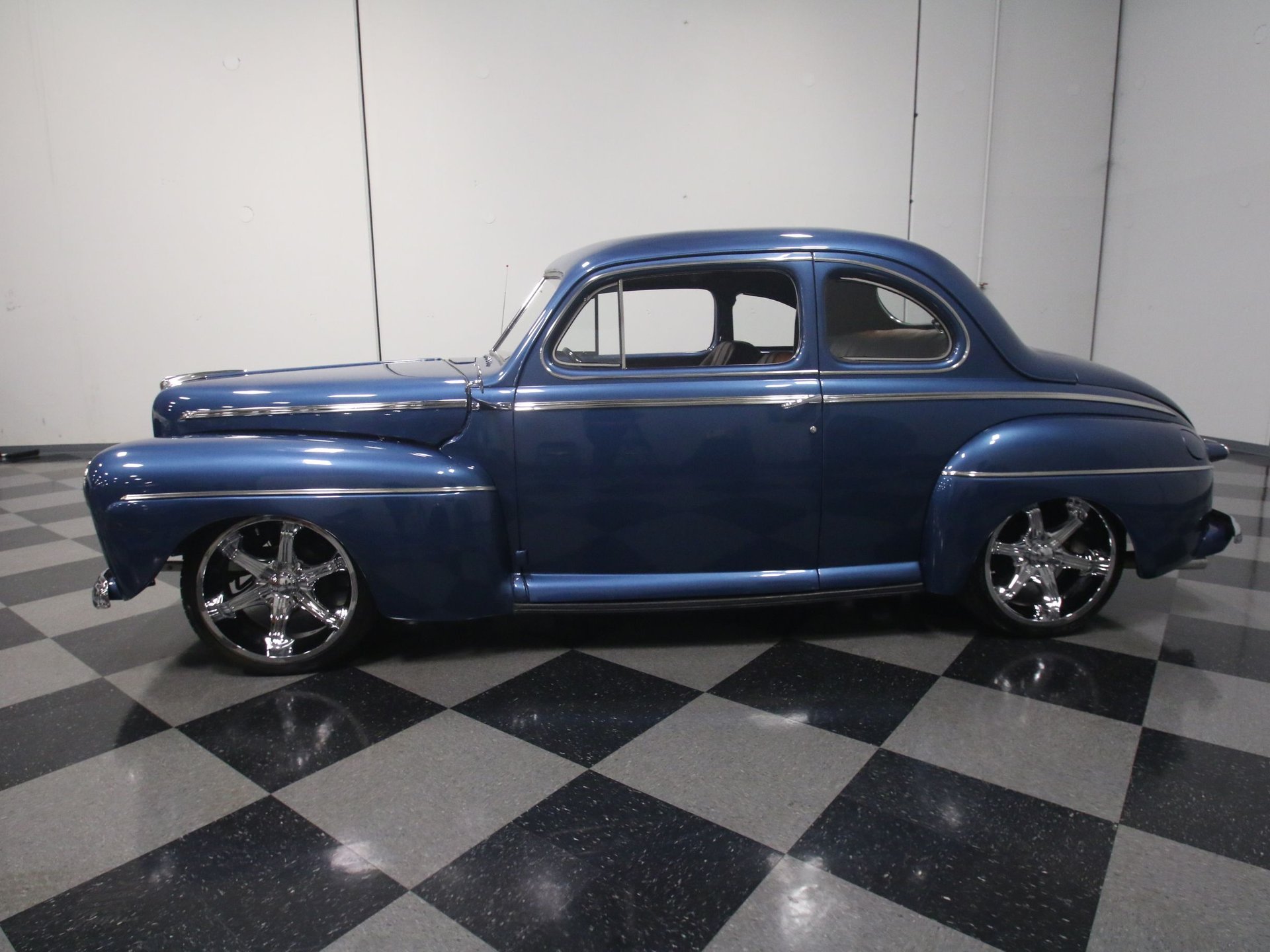