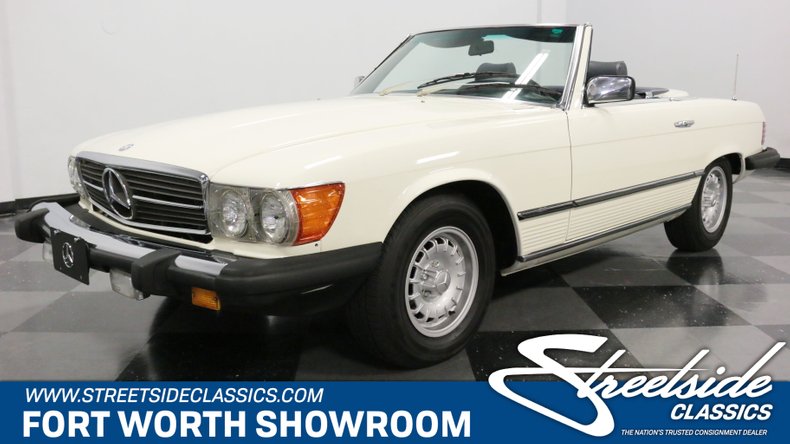 Where else are you going to find a low-mileage, vintage German 2-seat roadster with V8 power for under $20 grand? Let your neighbors think you hit it big with this A-list 1982 Mercedes-Benz 380SL celebrity that still drives like the ultimate piece of German engineering.

Clearly built to last, the R107 SLs were called "der Panzerwagon" by their creators, and now, more than three decades later, it's easy to see why. With a very fresh paint in its original color, this 38-year-old white 380SL really shines, like catching a glimpse of the still-lovely Cindy Crawford and realizing that she hasn't lost a step. The well-proportioned body still looks like a million bucks and the three-pointed star on the nose commands respect from virtually everyone on the road. As I said, there's no rust or rot thanks to a lifetime in warm Texas under the tutelage of only 2 owners, and those two families obviously loved this car, because the paint has a soft luster that only comes from frequent baths and regular applications of wax. It also helps to start with high-quality paint, and there's no question that Mercedes-Benz quality during this era was second to none. Even the brightwork on the bumpers and around the windows of the hardtop remains bright and shiny. Sure, she'd not perfect, but at this price point, this is about as nice of an SL as you'll ever find.

If you need any additional proof that the famous MB-Tex vinyl upholstery in these cars is virtually indestructible, look no further than the blue buckets in this roadster. Yes, they're original, and there's not a split seam or a worn-out corner anywhere to be found. Equally nice door panels show no evidence of even a driver's elbow leaning on the armrest and the carpets show only mild wear that's quite in line with the car's age and mileage. As a convertible, a little discoloration from the sun isn't unexpected, but everything has an all-of-a-piece look that suggests a well-maintained original rather than a piecemeal restoration. Woodgrain appliques on the center stack and console warm it up a bit and are showing their age, but they're some of the only indicators that this car is now 38 years old. A newer Pioneer AM/FM/CD stereo that powers the speakers in the cabin is the lone upgrade inside, because everything else was standard equipment. All SLs included two tops, and the navy blue cloth folding top has been rarely used and looks great, and the hardtop in the same condition as the rest of the bodywork and comes equipped with its own rack for storage.

The 3.8 liter V8 was designed to help improve fuel economy but still delivers the kind of effortless performance that made these cars famous as high-speed cruisers. The bubbly SOHC V8 makes a wonderful sound, and is remarkably flexible, equally content to burble through traffic or hammer down the autobahn at triple-digit speeds. The clean engine bay has been properly maintained from new, so it's turn-key and ready to add a lot more turns on the odometer, which only reads 86,617 actual miles today. It starts easily and drives smoothly, with the 3-speed automatic transmission a willing partner. The all-independent suspension soaks up bumps but doesn't give up much in terms of handling, and power steering and power 4-wheel discs were standard so you never feel like you're in over your head. Ever-gorgeous Mercedes alloys wear new 215/70/14 Kumho radials.

Join the A-list and enjoy the performance and luxury of this lovely open roadster. Offered with its original tool kit, several extra trim parts, maintenance records and its original manuals and window sticker, this handsome SL is just begging for a run on the next warm, sunny day. Call now! 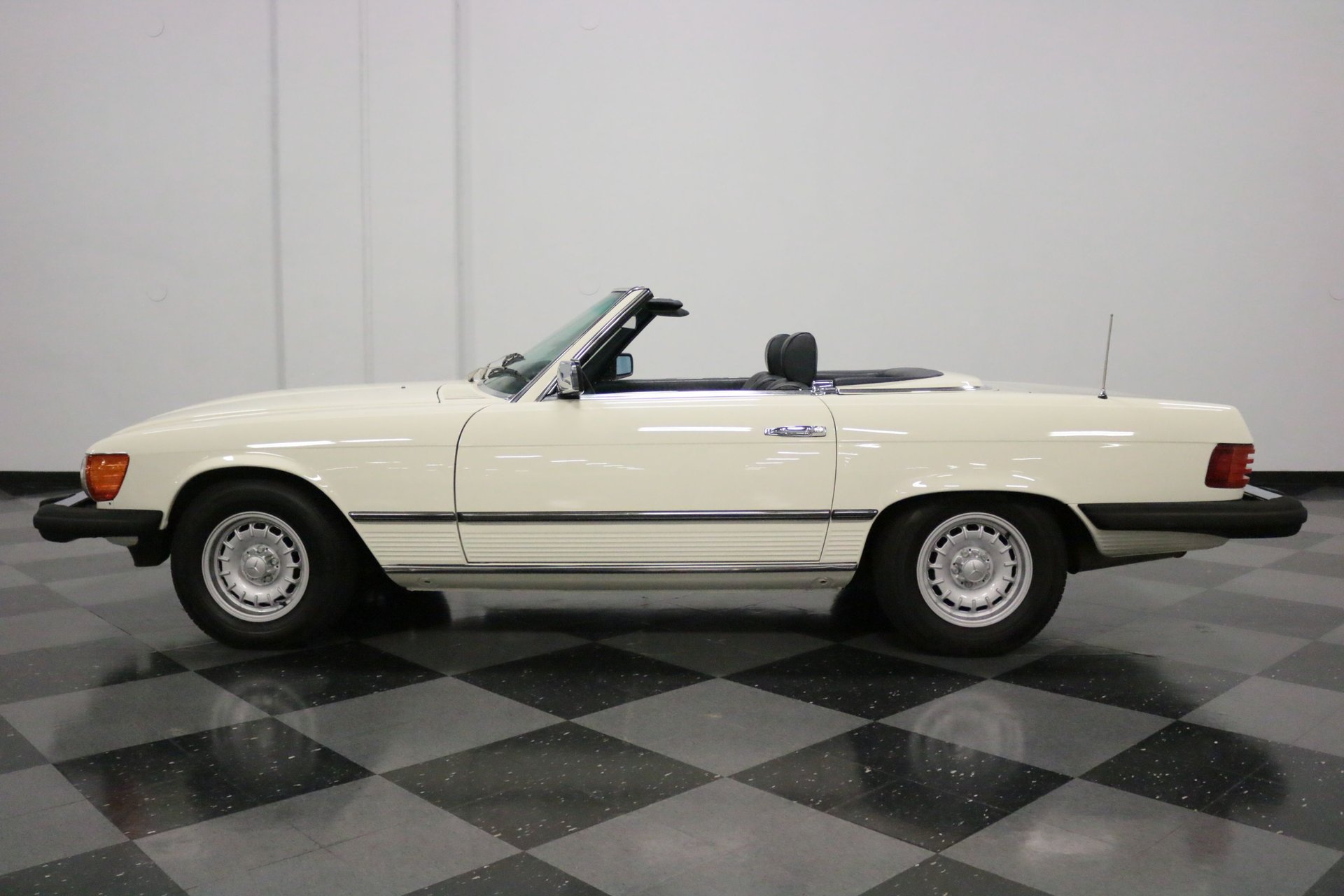