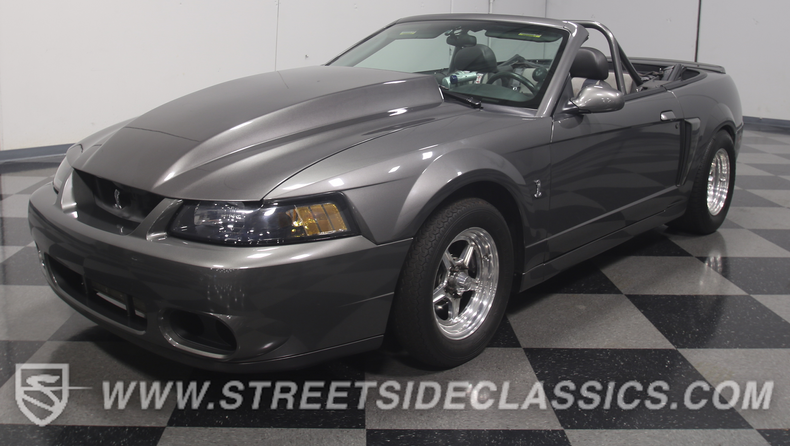 If you want a fast ragtop, well, there are tamer cars than this 2003 Ford Mustang Cobra convertible. On the other hand, if you want a car built for combat with the hardware to handle some massive horsepower and the ability to dish out some serious beatings, well, this sinister gray ragtop is a fantastic choice.

Cobra Mustangs were always something special, and they pulled out all the stops when this car was built. That tall cowl-induction hood is an easy tipoff that something unique is going on under the hood, an impression backed up by the giant meats out back, roll bar behind the front seats, and threatening exhaust note. As the flagship of the entire Ford lineup, the Cobra needed to be more special-looking, so they added a different front air dam, a somewhat subtle wing out back, and a few badges, all of which are more or less intact on this car. With just one owner and only 20,834 actual miles, it's in great shape overall and you can tell that it was not intended to be a daily driver, but a weekend toy. The chin spoiler isn't scraped, the rockers haven't been blasted by the tires, and the headlights remain crystal clear. Looking for a unique Cobra? This one is pretty darned nice, especially if you're a horsepower junkie.

With the Cobra, even the interior gets in on the act. The standard Cobra buckets are supportive and comfortable, but in this car they also featured light gray inserts that closely match the bodywork. Similar leather adorns the door panels and the back seat, and it really ties the whole car together. Then there's the cage that reinforces the tub and adds some safety to the open-top warrior, but it's tucked out of the way and it's really intrusive. 5-point harnesses are probably a good idea, too. Original gauges with white faces are supplemented by a full array of supporting dials to monitor the big boost engine, including an exhaust gas temperature gauges, a boost gauge, and a giant tach with shift light. Cobras were loaded with every accessory Ford could install, so there were no options, but things like power windows and locks and A/C were included and they all still work in this car. Of course, the original 6-speed shifter is gone, replaced by a trick pistol-grip automatic setup, but we'll get to that in a moment. There's an upscale-feeling black canvas convertible top (power-actuated, of course) and it folds so flush with the bodywork as to almost disappear. There's also a decent trunk out back that makes this car seem very civilized indeed.

While early complaints from Cobra owners focused on their cars not being different enough from a garden-variety pony, that's certainly not the case with this nasty ragtop. The factory 32-valve V8 was fitted with a Stage 3 ported Eaton supercharger by Stiegemeier, which was painted to match the bodywork and fitted with a smaller pulley for more boost. To support it, there's a set of 60 pound injectors, an Accufab throttle body and plenum, upgraded belt tensioner, and a custom flash in the ECM by RPM of Georgia. It's channeled through a built 4R70W automatic transmission built to handle over 1200 horsepower and fitted with a manual valve body and electric overdrive to give the driver maximum control. Ceramic-coated long-tube headers feed a Flowmaster dual exhaust system with X-pipe, and there's a reinforced 8.8-inch rear end out back full of 4.10 gears. Massive brakes were part of the Cobra package and the entire suspension was revamped to help plant the power and keep it pointed in the right direction. Beautiful Billet Specialties wheels measure 15x4.5 up front and 15x10 in back and wear 26x7.5-15 and 295/50/15 tires, respectively.

There's probably more money in just the modifications than we're asking for the entire car, making this wickedly fast Cobra something of a bargain if you want to go insanely fast. Call today! 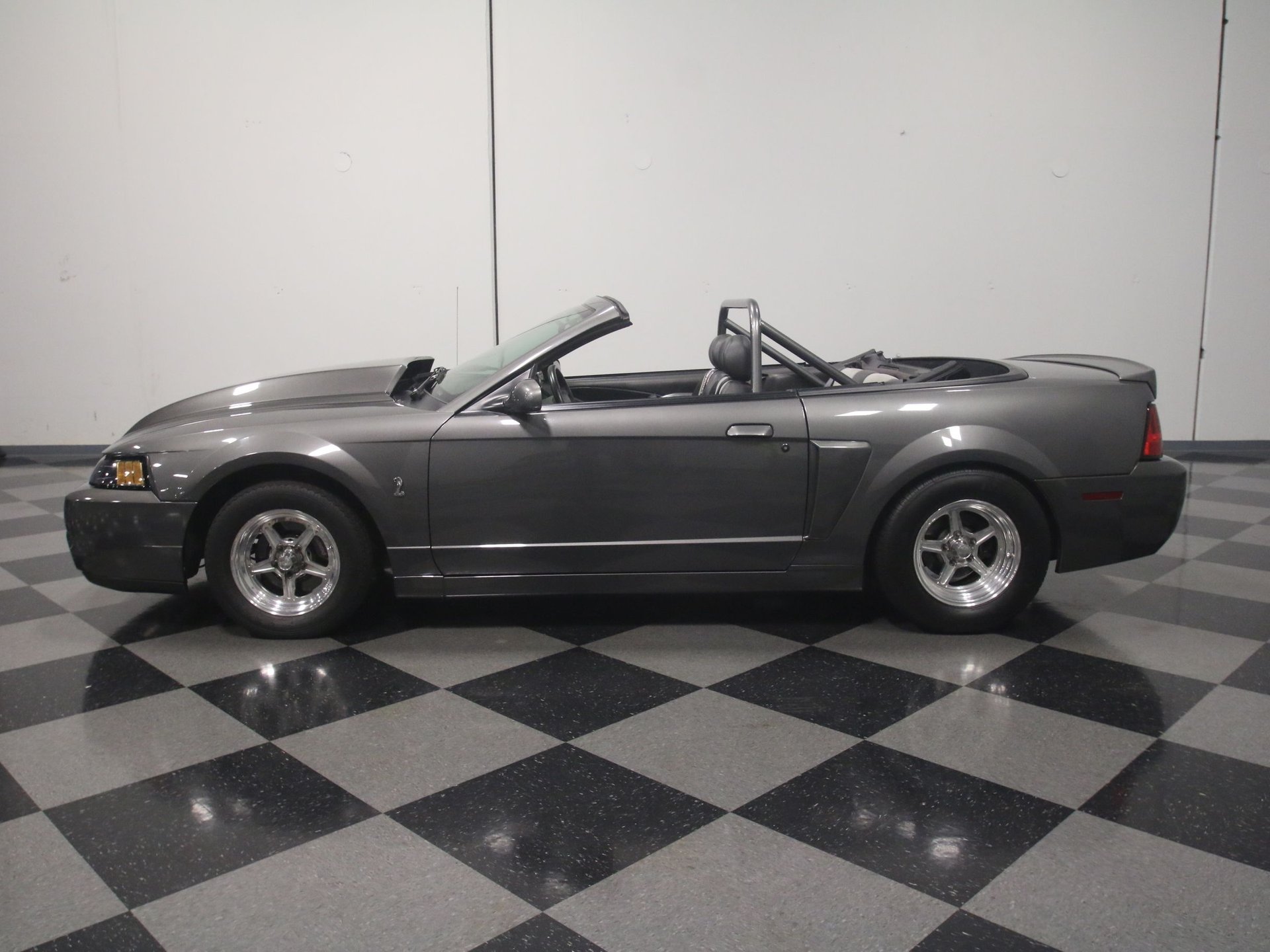